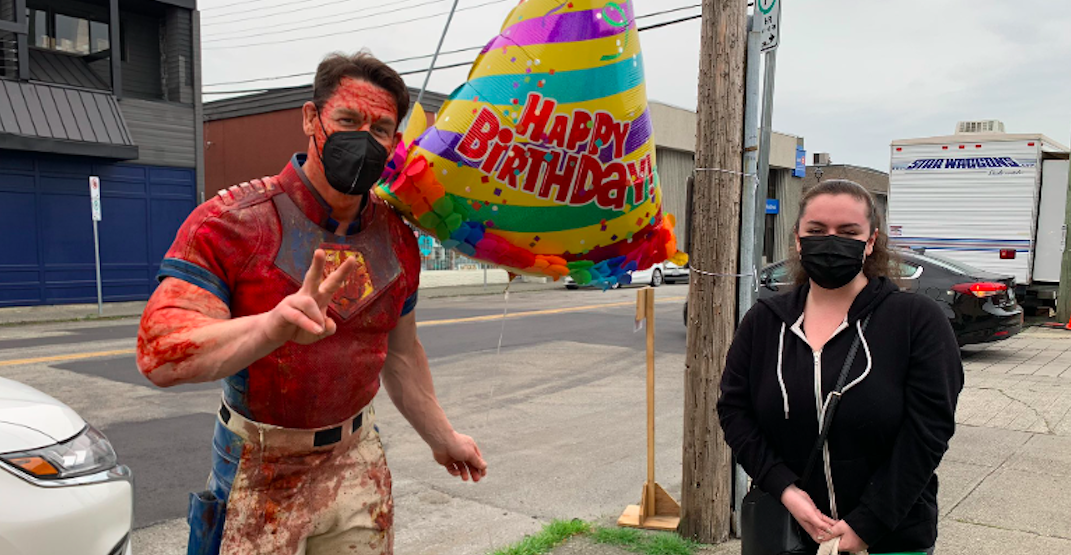 Hollywood actor and former professional wrestler John Cena recently celebrated his birthday on the set of the upcoming miniseries Peacemaker in Vancouver.

The series is a Suicide Squad spin-off set to stream on HBO Max starting in January 2022. The character will make its debut first in The Suicide Squad movie alongside Margot Robbie, Viola Davis, and Taika Waititi this August.

But it wasn’t all work and no play on the superstar’s special day.

A couple of fans showed up to help him mark the occasion with a balloon, good wishes, and of course, a couple photos with Cena, who was covered in fake blood, as part of a scene.

Cena has been spotted out and about at a variety of Vancouver locations over the last number of months, particularly at the restaurants throughout the city.

The former professional wrestler was recently seen enjoying one of our newest outdoor spaces, the recently renovated Roof at Black + Blue on Alberni Street.