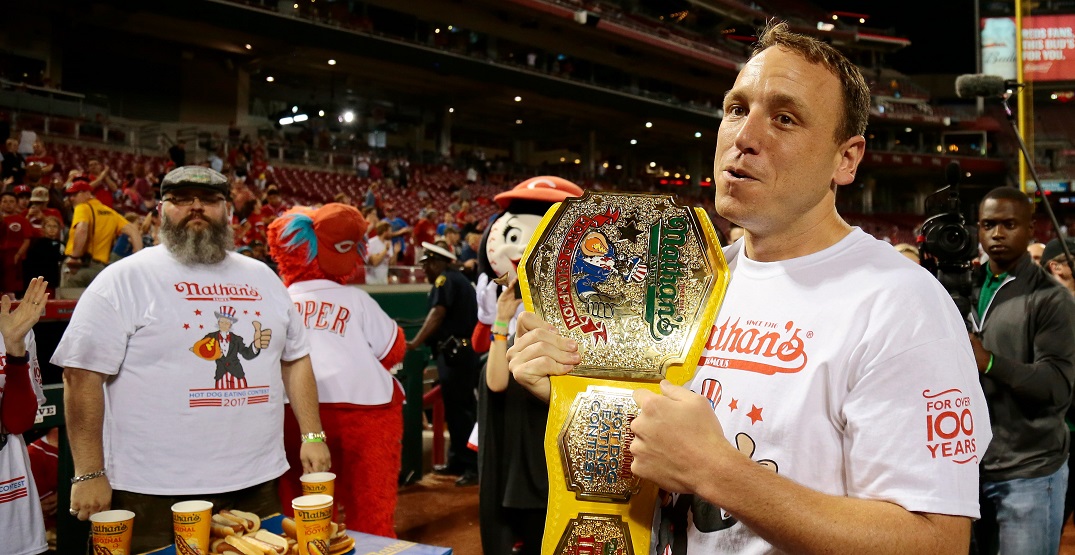 Joey Chestnut is on top of the world again.

Dominance from Joey Chestnut once again!

While he fell short of his own World Record (76), Chestnut downed 63 hot dogs + buns in 10 minutes to win another title.

The next highest total was 43. pic.twitter.com/ErLnw1DgRx

The rules of the contest are pretty simple: eat as many hot dogs (and their buns) in a ten minute span.

The Nathan’s Hot Dog Eating Contest event was first established in 1967, and has since become an annual fixture of the Independence Day celebrations on Coney Island in New York.

Chestnut was injured on the day, dealing with a ruptured tendon in his leg, and was using crutches to get around.

“It hurts when I walk, but I can stand, and I can eat. And I’m gonna push it to the limit,” Chestnut told ESPN before the event.

Prior to this year’s event, a 74.5 over/under was set for Chestnut’s total on the day.

Joey Chestnut has now won the last six contests, losing in 2015 to fellow American Matt Stonie. Prior to that, he hadn’t lost a contest since 2006, where he fell to Japan’s Takeru Kobayashi. While the two had an ongoing rivalry, Kobayashi then left Major League Eating in 2010 due to a contract dispute, and has not competed in the contest since.