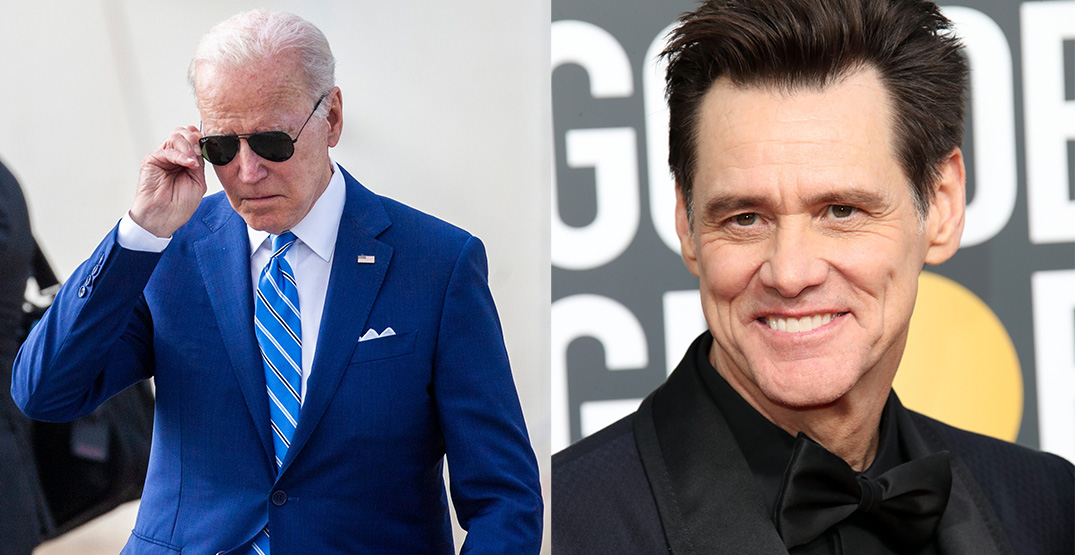 Yes, you read that headline right.

On Tuesday, comedian Jason Selvig tweeted a video of an interview with a woman at a Trump rally that raised eyebrows online, including Jim Carrey’s.

“I talked with a woman who believes Joe Biden is being played by several different actors – including Jim Carrey. Big, if true,” the tweet reads.

I talked with a woman who believes Joe Biden is being played by several different actors – including Jim Carrey. Big, if true. pic.twitter.com/qGXZiL9ZpC

Selvig is one half of The Good Liars, a comedy duo that conducts satirical interviews about hot-button political issues in the US like abortion, and whether President Joe Biden is alive or not.

During the interview, Selvig asks the woman wearing a Trump hat and shades if she thinks Biden isn’t alive.

“The guy that’s doing the stand-up job of trying to wake people up is an actor wearing a mask,” she answers. “There’s several different people playing Joe Biden at this point.”

The woman goes on to reference an incident last December when Biden fell three times walking up the stairs to board Air Force One.

“I myself think that that was Jim Carrey,” she explains. “I’ve heard that he was one of them.”

Selvig does a double-take, puts his hand to his head, and cuts in to clarify.

“You think that Jim Carrey was wearing a mask and was the acting president?” he asks incredulously, as the woman nods enthusiastically in agreement with the theory.

There was still no response from the Canadian actor about the wild conspiracy theory by Tuesday night, so Selvig took that jokingly as “confirmation.”

Still no word from @JimCarrey on this which seems like a confirmation to me. https://t.co/8WY8uCU6vA

The Ontario-born actor is known for being a shapeshifter, having undergone unrecognizable transformations in films like The Mask and How the Grinch Stole Christmas. Carrey even played a convincing Biden during Saturday Night Live‘s 2020 election coverage.

“So that’s why you retired…” one person tweeted.

Looks like no one’s going to change the Trump supporter’s mind. She doubled down on her conspiracy theory, adding that actor James Woods is also one of the “dopplëganger mask-wearing people.”

Aren’t we all just Jim Carrey in a mask pretending to be us?