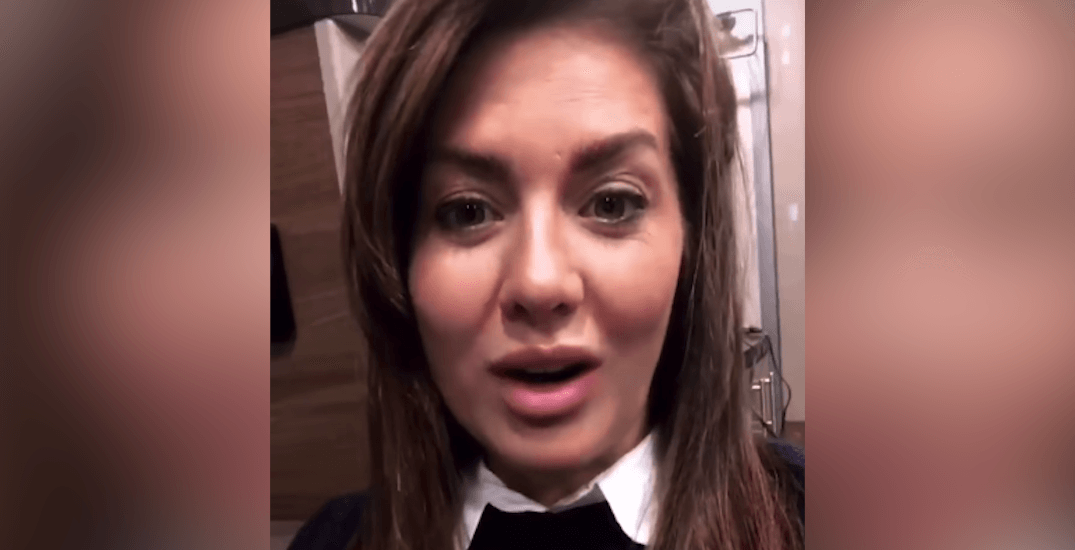 Popular TV host Jillian Harris took to social media on Wednesday to complain about the lack of ridesharing in Vancouver.

Known for HGTV Love it Or List it Vancouver, Harris said that she was kicked out of a cab recently.

“I can’t believe the amount of stories that I’m getting about cabs refusing people, cabs making people walk, cab drivers falling asleep,” she said on an Instagram story. “People saying cabs refuse people all the time so I know this has been going on for a long time.”

Harris continued saying if the government won’t allow Uber, there should be standards for the cab companies.

Besides being kicked out of a cab, Harris, who said she didn’t want to “sound like a diva,” also said her recent taxi rides have been “stinky and so gross.”