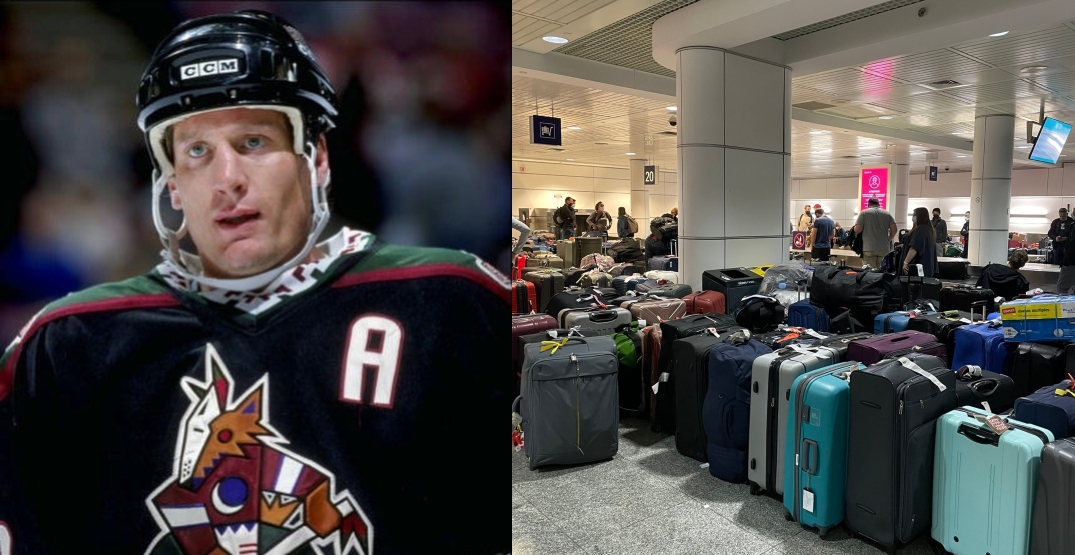 Like so many people leaving Montreal after Sunday’s Grand Prix race, former NHL player Jeremy Roenick was incredibly frustrated with the congestion and delays at Pierre Elliot Trudeau Airport — and even more so with the country’s most popular airline.

On Sunday night, after the weekend’s festivities which were reportedly attended by over 300,000 people, the Boston native sent out a tweet calling Air Canada “the worst airline on the planet.”

In travel hell!!! Air Canada is the worst airline in this planet!! Bar none!! Iv never seen incompetence like this in airline service in my life. I feel sorry for all you awesome Canadian people that you have to fly this airline. God help you 👎👎

Roenick’s tirade did not end there, though. At around 8 pm ET, he claimed to be witness to multiple cancelled flights and lost luggage in what he called a “disgrace to aviation.” He also demanded that one of the airline’s executives be “fired immediately.”

Someone high up in @AirCanada needs to get fired immediately. What I just witnessed in Montreal airport is a disgrace to aviation. I feel so badly for so many people w lost luggage, cancelled flights home and just absolute incompetence by an airline ! Shocked!

A TikTok video affirming some of what Roenick said was also posted by a user who was worried about missing their flight on Sunday. Footage shows hordes of mobs in F1 merchandise waiting in seemingly endless lines.

@eyes.0n.melol there is more people here at the airport than the actual grand prix♬ original sound – 🙂

Day 2 at Montreal airport, @aircanada still not able to fix our flights or find luggage. Obviously we are not alone. Oh thanks for the mat so I could lay down on the floor and cup of coffee voucher. 🤬 pic.twitter.com/enQ7JXtLKs

My luggage has been at the Montreal airport since Thursday https://t.co/VPnJJUAett

my fiancé & i have had an unimaginable experience with @AirCanada. slept on the floor of the montreal airport, hungry, tired & distraught. we nearly missed our wedding in italy, made it 2 days late w/out luggage. they still haven’t located our luggage for 48 hours. (con’t)

While one might think that an incident like this is circumstantial, it is not even the first time this month that a former NHL player lost their temper on Twitter in regards to a Canadian airport.

At the beginning of June, Ryan Whitney — who co-founded Pink Whitney with fellow podcaster and teammate Paul Bissonnette — posted a series of tweets and videos of his grueling experience at Toronto’s Pearson International.

His rants included  accounts of a cancelled flight, baggage claim fiasco, customs mix-up, and a lineup that lasted over six hours.

Not exaggerating I have never seen a crazier scenario at an airport. Pearson has about 100 cancelled flights and hundreds of people in lines with one air Canada worker at the end. There can’t be more than 5 people working here. I’m gonna have a viral meltdown this is not good

While public figures like Roenick and Whitney have brought attention to Canada’s ongoing travel misery, over the past month, multiple accounts and videos featuring delays in extraordinarily congested areas have surfaced.

Daily Hive has reached out to Air Canada for comment.