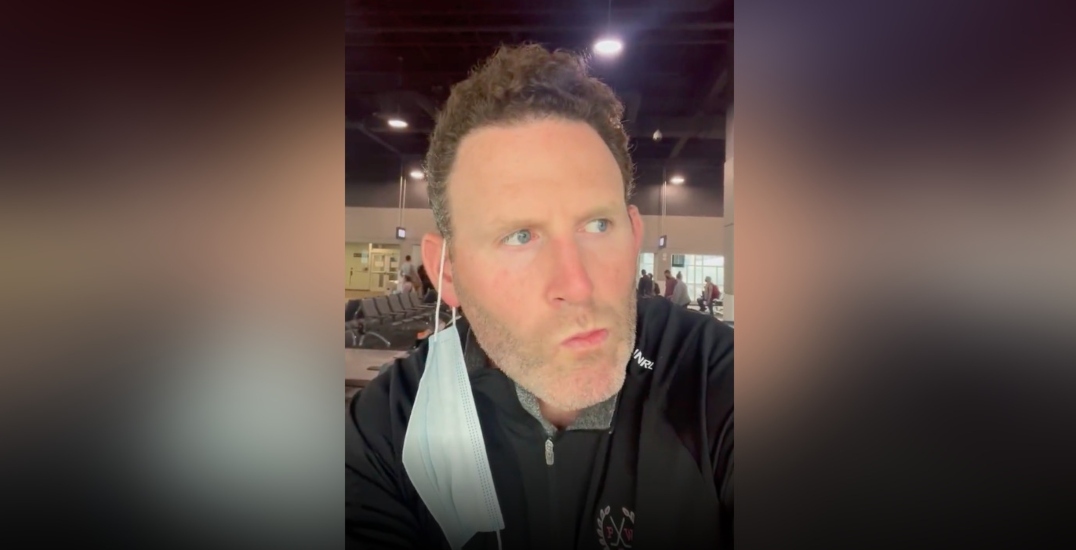 The always outspoken Ryan Whitney is not happy with his experience at Toronto Pearson Airport, or as he likes to call it: “the worst airport on Earth.”

The former NHL player — who co-founded Pink Whitney with fellow podcaster and teammate Paul Bissonnette —has been tweeting about his miserable experience with delays at Canada’s largest airport since Sunday evening.

While it is unclear if the Spittin’ Chiclets host has managed to leave the terminal as of Monday afternoon, his saga — which he has been documenting on Twitter — includes accounts of a cancelled flight, baggage claim fiasco, customs mix-up, and a lineup that lasted over six hours.

In his Sunday evening tweets, Whitney, who flew in from Edmonton, said Pearson’s delays were caused by “about 100” cancelled flights.

Is anyone working at Pearson airport a chiclets fan and looking to help me in the biggest gong show in airport history.

Not exaggerating I have never seen a crazier scenario at an airport. Pearson has about 100 cancelled flights and hundreds of people in lines with one air Canada worker at the end. There can’t be more than 5 people working here. I’m gonna have a viral meltdown this is not good

A few hours later, the airport went from a “gong show” to “hell on Earth” as the 39-year-old shared footage of Pearson’s seemingly endless customs line.

Whitney shared a meme with an image from the 2004 film The Terminal as Sunday night became Monday morning. He was still there around 8:30 am local time .

Whitney provided a full explanation of the situation in a two-minute video. “Do you know how much my feet hurt?” he said frustratingly. “I’m so in shock at this place. It is the biggest disgrace known to man.”

I live at Toronto Pearson International airport. The worst place on earth. I smell so bad. pic.twitter.com/PfdnHcO7Ad

Whitney is not alone in his bitterness toward the Toronto airport. Over the past month, multiple accounts and videos featuring delays in extraordinarily congested areas have surfaced.