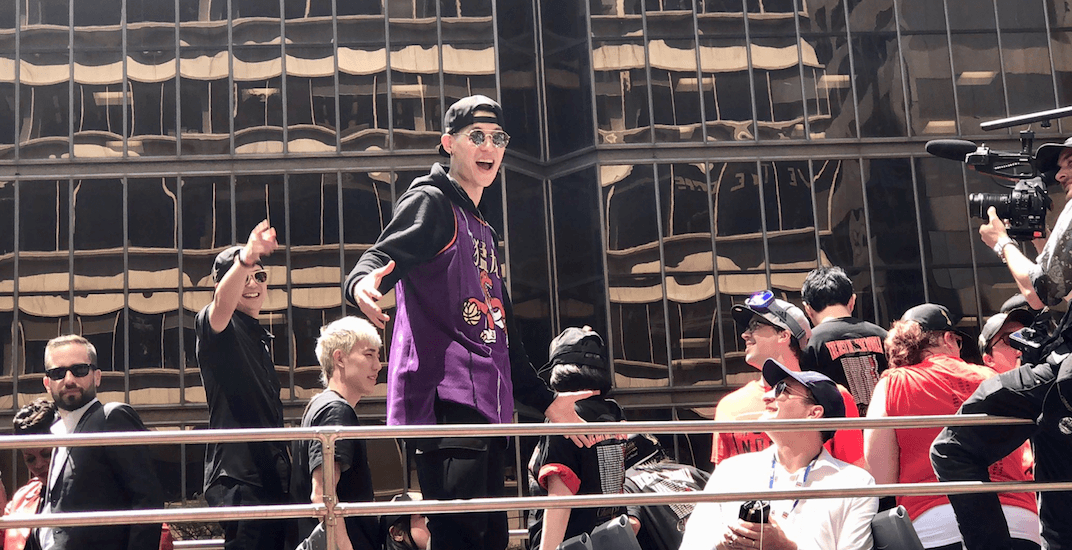 The first Asian-American to ever win an NBA title, Lin is rocking a purple Tracy McGrady retro Raptors jersey, with Chinese characters on the front.

The son of Taiwanese parents, Lin is obviously very proud of his heritage.

“First Asian-American ever to be an NBA champ,” Lin said in an Instagram post over the weekend. “Promise I’ll never stop reppin Asians with everything I have! GOD established my step after step after step, allowing me to be 9 inches taller and over 70 lbs more than my parents. And def wouldn’t be here without my FAMILY! While others mocked, my family supported me all the way through. Thanks for believing in me and always always having my back.”

The jersey Lin is wearing was a Mitchell and Ness creation – one we suggested the team use in a game to celebrate the Lunar New Year.

Lin wasn’t the only Raptors player to rock a retro look, as Kyle Lowry sported a Damon Stoudamire jersey.