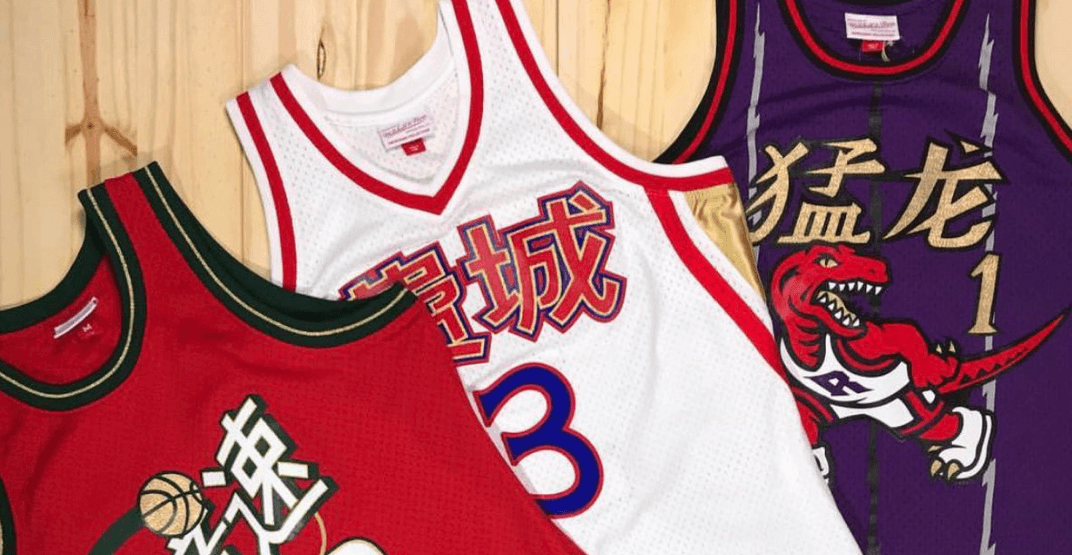 Throwback jerseys are always a sell, but with Chinese characters? It’s a whole different ball game.

A user on Reddit posted the look of a potential Toronto Raptors jersey recently, throwing it all the way back to the striped, purple dinosaur design, but with Chinese characters.

This rendition of the old Raptors jersey is part of a recently released Mitchell and Ness Chinese New Year Collection, open to the public and fans to purchase.

However, the Raptors will not be wearing them.

“Chinese New Year is a global event, and the NBA is thrilled to bring joy and basketball to our fans as they celebrate the holiday with their families,” said NBA China CEO Derek Chang in a media release. “It’s great to see more players and teams joining the celebration and engaging with our passionate Chinese fans in authentic ways.”

But while the Houston Rockets and Golden State Warriors are wearing Nike City Edition uniforms with Chinese characters and symbolism, the Raptors will not.

Sunday’s home game against the LA Clippers would have been a great opportunity to wear a special jersey, but the Raptors instead opted for their usual white home uniform. They play again Tuesday in Philadelphia on the official day of Chinese New Year, which the NBA lists as a ‘marquee matchup’ for CNY celebrations. There are no plans for a special uniform then either.

The Raptors have no shortage of uniforms in circulation. They have an Association (white), an Icon (red) and a Statement (black) jersey in rotation, to go with two OVO/Drake City jerseys.

As per NBA rules, the team needs to keep them for a certain number of years, a Raptors spokesperson tells Daily Hive.

The latest jersey unveiled, a red and white Earned uniform, must use the same template as the City Edition jerseys.

The Raptors have participated in a series of Chinese New Year games in the past, joining Golden State, Washington, and Houston in rocking an alternate look in 2017.

The NBA has rolled out its special jerseys for the Chinese New Year celebration, along with a new TV spot https://t.co/7Y48ulzCZh pic.twitter.com/ukKKIL6tmq

Toronto is one of the most diverse cities in the NBA, with large Chinese and Asian communities. According to the 2016 census, almost half of the population in the Greater Toronto Area is a visible minority, with Cantonese tied for second in “most commonly spoken mother tongues.”

Wouldn’t it make sense to capitalize on that?