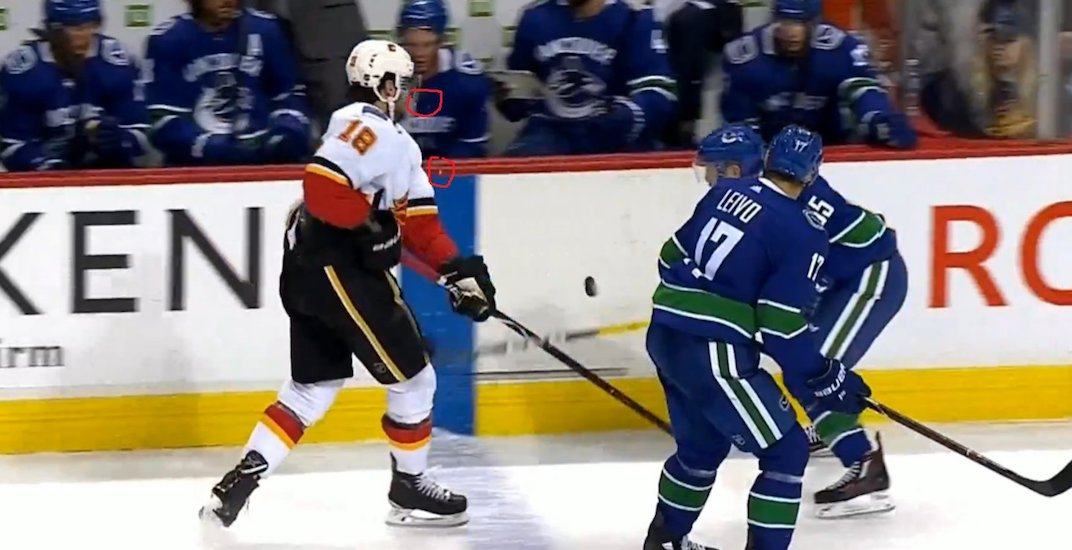 James Neal needs a trip to the dentist after taking an Alex Biega high-stick to the face in the third period of the Vancouver Canucks’ 4-3 shootout win against the Calgary Flames on Saturday.

Neal’s teeth exploded out of his mouth, visible for fans to see on the television broadcast.

James Neal gets some chicklets swatted out of his mouth 😷 #Flames pic.twitter.com/RRlIHPSZ0V

Those white things flying around are James Neal’s teeth falling out of his mouth…. #Flames pic.twitter.com/6GRGt8uSed

Searching for teeth is hard on white ice. Refs find a couple, pick 'em up. pic.twitter.com/CtG31qm954

i hope james neal is having an amazing night despite getting high sticked and losing some teeth pic.twitter.com/zUSVrH1YxD

Biega received a double minor for high sticking, while officials and players picked up the debris. Because he’s a hockey player, Neal returned to the ice less than two minutes later.

“That’s why there are dentists, right,” Flames head coach Bill Peters told reporters after the game. “I think for every tooth he lost, they got a minor.”

This isn’t the first time Neal has lost his teeth during a hockey game. The big forward also had them knocked out last season when he was with the Vegas Golden Knights, so the ones that went flying in Vancouver were fakes.

Doesn’t mean it wasn’t painful though.

Some players, like Drew Doughty and Brent Burns, elect to rock a toothless smile, while others like Neal get them fixed.