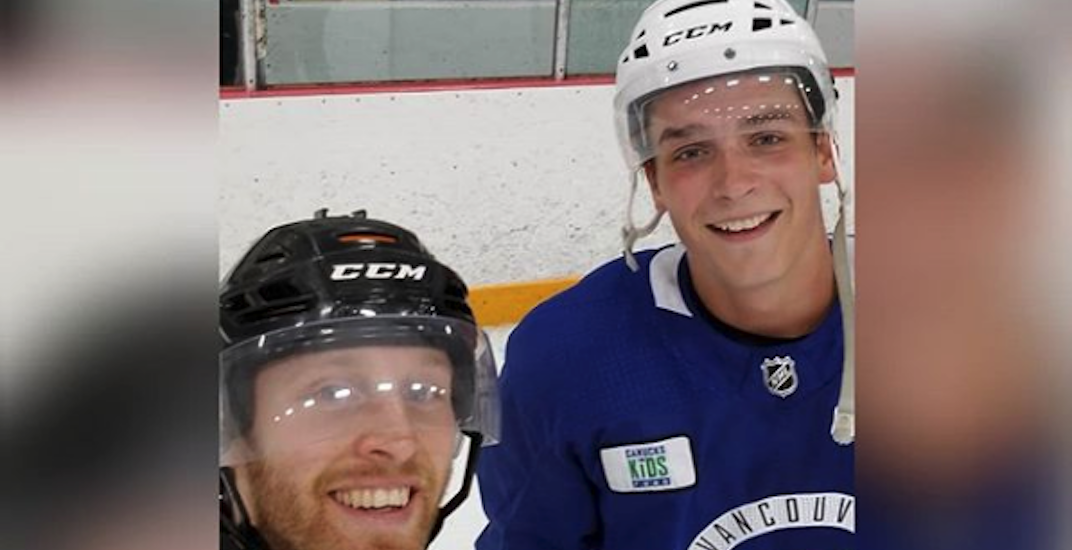 In an effort to improve his play on the ice next season, Jake Virtanen is getting help from a YouTube sensation.

No, I’m not talking about Fabian Brunnstrom.

The 21-year-old Canucks winger has been working out with local YouTube stickhandling sensation Pavel Barber recently at the North Shore Winter Club in North Vancouver.

The key to being unpredictable is understanding body language and how it manipulates the oppositions movements. Working with @jakevirtanen18 on this one. Looking off in the direction you are faking, giving no tells (waiting until the last second to change the blade angle and edge work), and putting the puck to a protected area where you can gather the puck with momentum and hands cleared. We always want to be in a position to make a pass, shoot or stickhandle coming out of any move.

Apparently Virtanen was working on the drill seen in the above video over and over for about 15 minutes straight.

A stickhandling specialist, Barber is most well known for his viral videos that have to be seen to be believed.

But Barber also runs hockey clinics and one-on-one coaching sessions, including this one with Virtanen.

It makes sense that Virtanen would use his offseason to work on skills. He doesn’t need to get stronger or faster, and past issues concerning his conditioning appeared to be fixed last season.

But in order for the third-year pro to take the next step, he has to become a bigger threat offensively.

Virtanen was used sparingly last year by head coach Travis Green, playing under 12 minutes per game, including little-to-no power play time until late in the season. While he’s undoubtedly going to be a serviceable NHLer, the next couple of years will be vital for the Abbotsford native to show that he can be an offensive force – at least in a top-six forward role.

The former first-round pick spent the entire season in Vancouver, which was an accomplishment given how his previous year went, but scored just 20 points (10-10-20) in 75 games.

Coming into next season, the door should be as open as it has ever been for Virtanen to not only take up a roster spot, but excel in an offensive role.

Is he up to the challenge?

If he can start stickhandling like Pavel Barber, the answer will be yes.