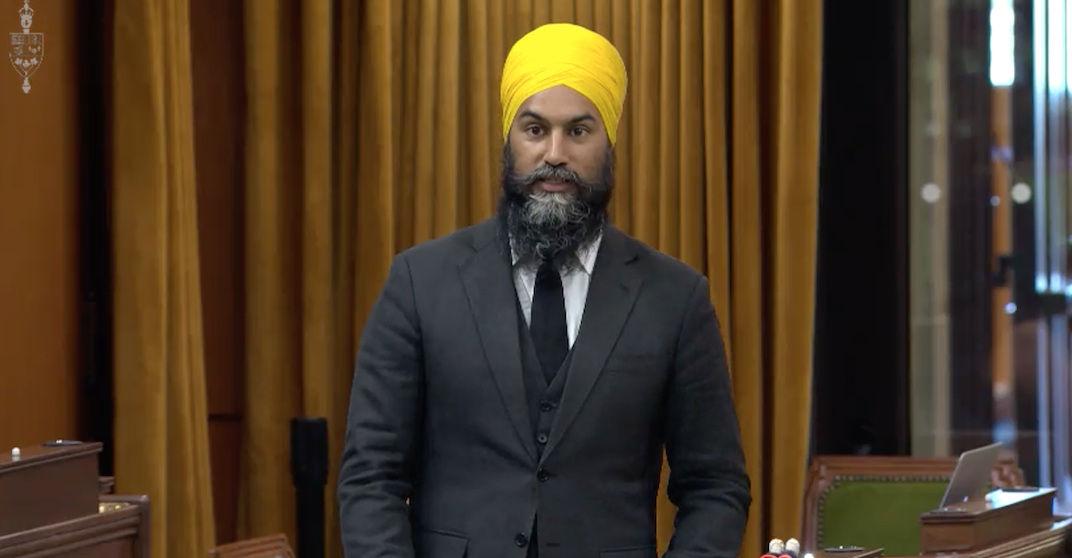 NDP Leader Jagmeet Singh was asked to leave the House of Commons Wednesday, after calling another member a “racist.”

Singh was seeking unanimous consent on a motion related to systemic racism in the RCMP.

“There have been consultations, and I hope if you seek it, you will find unanimous consent for the following motion, that the house recognizes that there is systemic racism in the RCMP, as several Indigenous people have died at the hands of the RCMP in recent months,” said Singh when called on by House Speaker Anthony Rota.

In addition, he called on the government to commit to the following actions:

Singh detailed the motion, and the House Speaker then asked if there was unanimous consent.

There was a commotion in the house, before it became apparent that unanimous consent  had not been reached, and the speaker proceeded to move on.

At first, it was unclear which member refused to give consent to the motion, but words were exchanged between Singh and Bloc Quebecois MP Alain Therrien, where Singh called him a racist.

MP Claude DeBellefeuille, also of the Bloc Quebecois, then stood and called on the speaker to address Singh’s comments.

“Everyone has a right to their opinion, but I do not believe that a leader of a party can here treat another member of a party of this house, call them racist because we don’t approve the motion that was just moved,” said DeBellefeuille.

“The NDP unabashedly is treating the member of La Prairie as a racist person, and this is unacceptable in this house.”

Assistant Deputy Speaker Carol Hughes, then called on Singh, asking if he made those comments.

“It’s true, I called him a racist, and I believe that so,” said Singh.

The speaker then asked Singh to apologize for his comments, and he refused.

After his refusal, Deputy Speaker Hughes said that he will no longer be able to speak, and Speaker of the House of Commons Anthony Rota, later ordered Singh to leave.