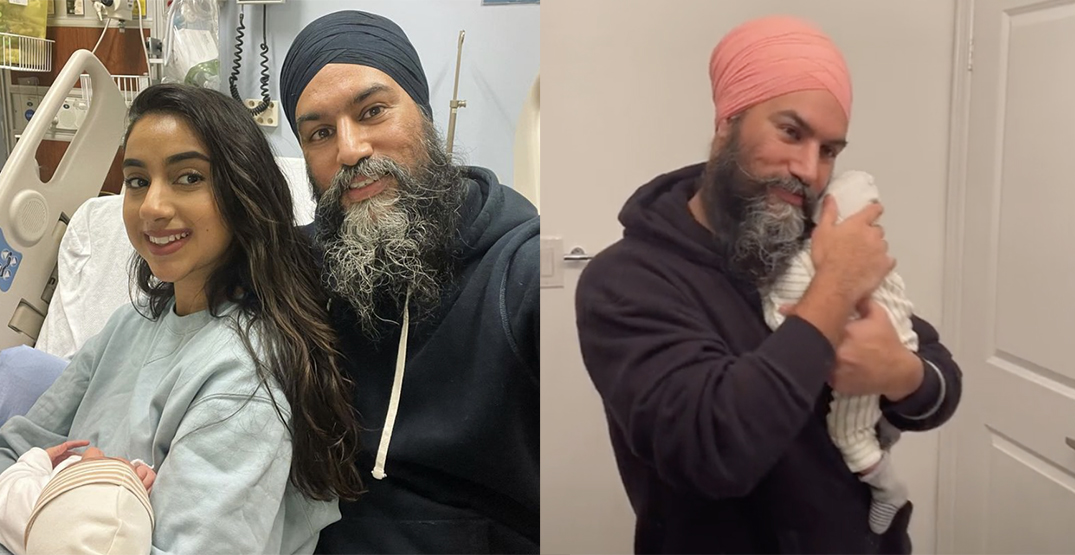 Federal NDP Leader Jagmeet Singh has become quite the star on TikTok, but it looks like a little someone is set to steal the spotlight.

In her first appearances on the social media platform, Singh’s new baby daughter made a cameo in two TikToks he posted on Monday.

The latest one shows Singh looking in a mirror while carrying his daughter and mouthing the words to a sound that says, “This my baby, and ain’t nobody finna touch her!”

@thejagmeetsingh .. until I teach her some ju jitsu, wrestling, muay thai and boxing #girldad ♬ sayden said that ish – Sayden

“.. until I teach her some ju jitsu, wrestling, muay thai and boxing,” the caption reads.

The first one shows Singh and his wife, Gurkiran Kaur, using a popular sound that is used to mock people who are “new here.”

“So there’s a new human in our lives,” Singh captioned the video.

These videos are the first few glimpses we’ve seen of the couple’s baby girl since they announced her birth with a photo on social media on January 6. She was born on January 3, and the parents haven’t publicly revealed her name.

Singh also posted a photo on Instagram of him and his daughter on Sunday with the caption: “How I’m spending my time these days 😊”

Singh and Kaur made the announcement that they were expecting a child back in August of 2021.