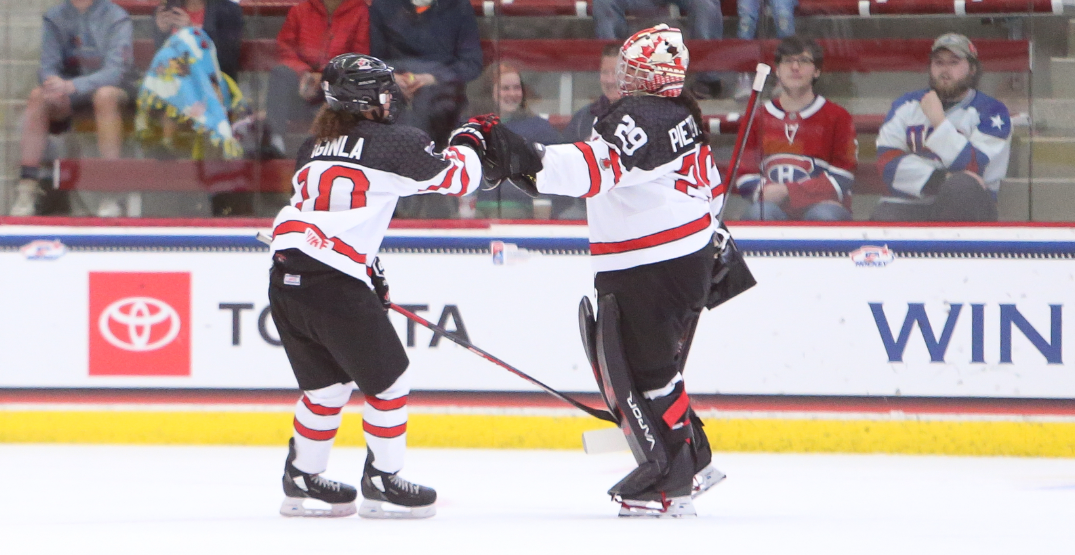 Jade Iginla officially opened her Team Canada account on Sunday afternoon — and it couldn’t have come in a much bigger game.

Jade Iginla with her first of the tournament! 🚨#U18Worlds pic.twitter.com/UvSqE4b7V1

While Iginla’s goal looked like it could’ve stood as the winner if Canada was able to continue its strong defensive effort, it was not to be. Tilli Keranen scored an equalizer for Finland 6:52 into the second period, with the two teams tied at one goal apiece after 40 minutes.

But Madison Chantler scored the winner for Canada with a slick move with 9:31 remaining in the third period.

Canada will take on the winner of USA-Sweden later today in tomorrow’s gold medal game.

And yes, Jade’s Hockey Hall of Fame father Jarome was in attendance for the tournament. Iginla played 20 seasons for five NHL teams, including 16 years with the Calgary Flames, as well as four gold medals for Canada: two at the Olympics, and one each at the World Championships and World Junior championships.

At yesterday’s quarterfinal, the elder Iginla was picturing cheering on Jade with sons Tij and Joe.

Tij was drafted ninth overall last year by the Seattle Thunderbirds, playing three games this past season, while Joe plays for Rink Academy Hockey out of Kelowna, BC. What a family!