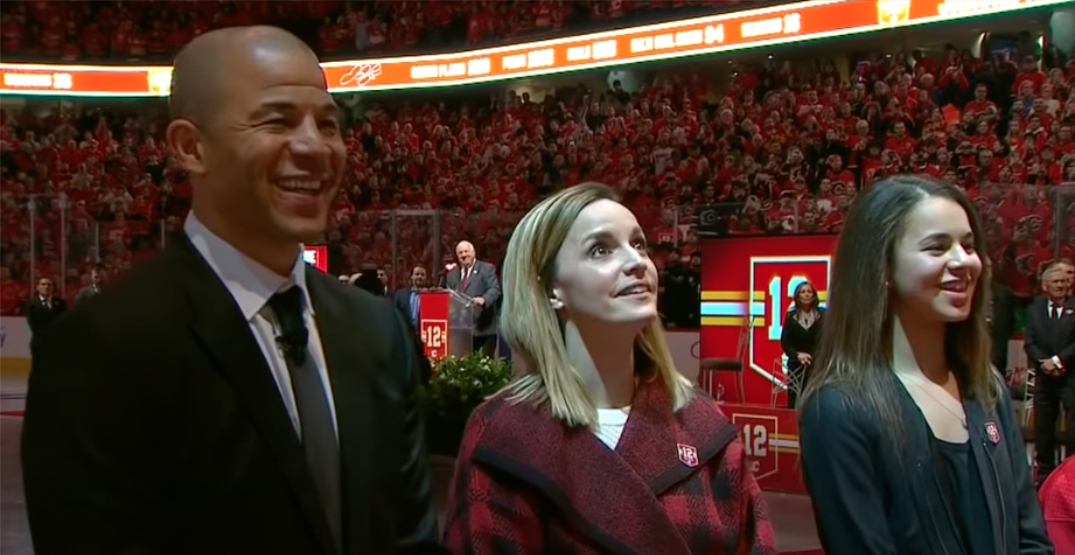 Jade Iginla will lace ’em up for the first time on the international stage with Hockey Canada.

Iginla, the daughter of Calgary Flames icon and Hall-of-Famer Jarome Iginla, will pull on the Maple Leaf sweater in a game against Slovakia in quarterfinal action at the 2022 IIHF Under-18 Women’s World Championship.

She was originally ruled out for the tournament after sustaining an upper-body injury in a pre-tournament game against Team USA eight days ago.

Instead, Iginla has been cleared to make her international debut.

Jade Iginla will make her international debut with 🇨🇦 in today’s quarterfinal matchup. Iginla has been assessed daily by the medical staff and has been cleared to play.

“Jade has made an enormous impact on our team and while it is extremely disappointing she won’t be able to compete along with her teammates, we know she will continue to have a positive influence within our dressing room,” Gina Kingsbury, director of hockey operations with Hockey Canada, said at the time.

“We are all extremely disappointed for Jade; she is a hard-working, fierce competitor and leader among our group. We are hopeful she makes a quick recovery and look forward to her having the chance to represent Canada again in the future.”

ROSTER UPDATE | Due to an upper-body injury suffered in pre-tournament play, Jade Iginla will not play for 🇨🇦 at #U18WomensWorlds.

No replacement will be named.

Her debut comes a day after brother Tij, 15, was among the 100 players Hockey Canada invited to its National Under-17 Development Camp in Calgary.