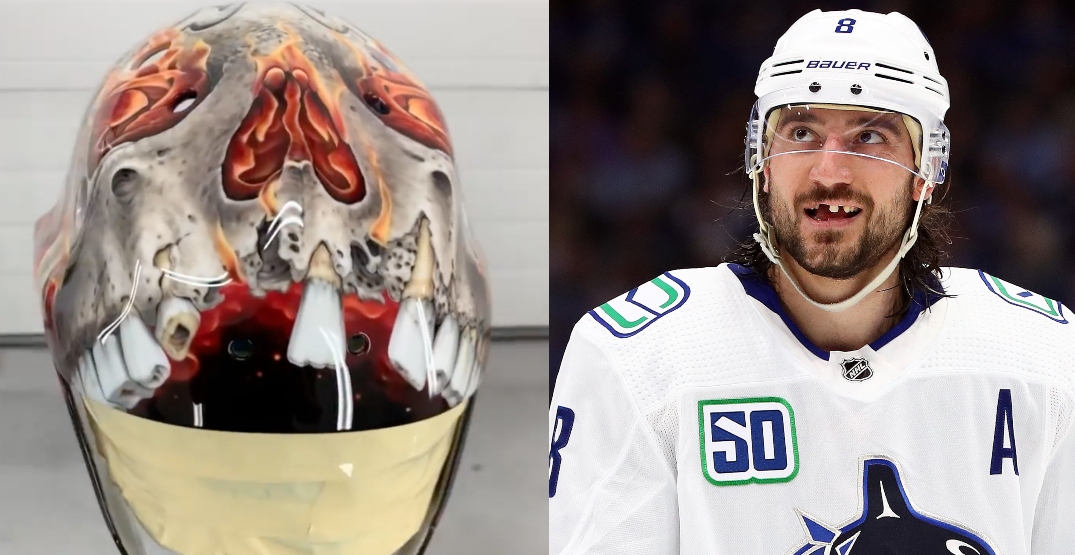 Artist Jordon Bourgeault revealed the Calgary Flames netminder’s new mask in a video posted to Instagram, highlighting some of its cool elements.

But there’s also a more subtle and hilarious tribute to a current teammate mixed in.

“There is a little inside joke, let’s see if you can guess whose teeth these are,” Bourgeault says in the video.

Credit to InGoal Magazine for figuring it out. It’s Chris Tanev.

The mask has multiple teeth missing in the same spots as Tanev, the battle-tested blueliner who, along with Markstrom, signed with the Flames after several years with the Vancouver Canucks.

Often described as a “warrior” by teammates, media, and fans, Tanev has the face to prove it. Tanev lost six and a half teeth three years ago during his Canucks days when he was hit in the face with a puck. And yet, the 31-year-old has never changed the way he plays the game.

Tanev didn’t miss a single game in his first season in Calgary, appearing in all 56 games despite playing through numerous ailments — including broken ribs and a torn pectoral muscle.

“I don’t know if I’ve ever seen a player play through what this guy played through this year for a period of time of about a month,” Flames GM Brad Treliving told reporters back in May. “He played till the end and he wasn’t going to come out.”