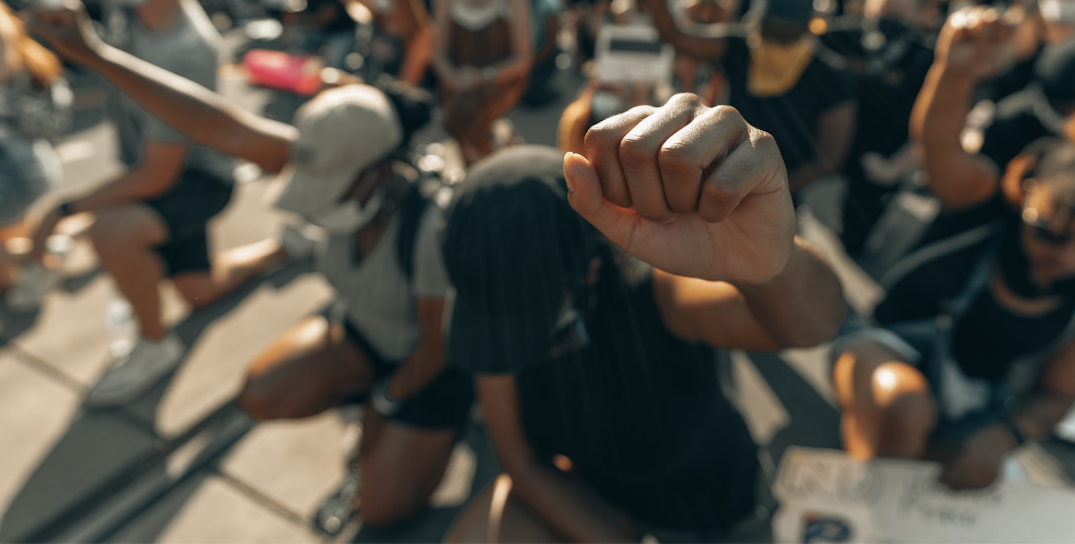 This week marks one year since the death of George Floyd, a 46-year old Black man who was murdered by a Minneapolis police officer while being taken into custody.

One year later, the world is still shaken by this horrific act of injustice. And although progress has been made in bringing awareness to such acts of police brutality, there’s still a long way to go to dismantle systemic racism.

Although buying directly from Black-owned businesses is a start, those with a social conscience are still left wondering what everyday actions they can take to contribute to racial equity.

And while people might not typically look towards the world of Wall Street for a way to support the Black community, thanks to the rise in environmental, social, and governance investing (ESG investing), the stock market now provides an indirect way to contribute to social justice.

So what exactly does this type of investing entail? ESG investing is all about investing in funds that drive positive environmental, social, and governance changes, including racial equity.

From a racially equitable standpoint, socially conscious funds look very closely at a company’s standards around diversity, equity, and inclusion, and avoid investing in companies that have a negative track record with Black communities.

They will also vet how a company treats its workers, if its products have a negative impact on the Black community, and whether members of the board are equally represented.

One investment strategy in particular that provides a way to invest into racially equitable companies is the Adasina Social Justice All Cap Global ETF, which launched in December last year.

Investors of the Adasina ETF will gain exposure to 900 all-cap companies that the fund deems worthy of supporting social justice movements, such as Black Lives Matter. Only companies that have been “designed to support progressive movements for change… [and] whose practices are in alignment with social justice values” will make the cut, according to Adasina’s website.

On top of scanning companies for general ESG criteria, the fund also looks a company’s stance on the prison-industrial complex, corporate diversity and inclusion, and for-profit colleges.

JSTC also invests internatonally, so investors will be given access to companies around the world that support racial equity. And while Adasina is predominantly about advocating for black communities, it also focuses on other areas such as gender, economic, and climate justice.

If you’re looking for another option, one other ETF to keep your eye on in this area is ImpactShares NAACP Minority Empowerment ETF (NACP).

This ETF and tracks the Morning the Morningstar Minority Empowerment Index, whose aim, according to its website, is to give investors exposure to companies that have “embedded strong racial and ethnic diversification policies into their corporate culture and that ensure equal opportunities to employees irrespective of their race or nationality”.

NACP has been around for three years and is a non-profit ETF, where all excess fees go to support the fund. The fund also works directly with potential companies to improve their eligibility.

Whether you’re a seasoned investor who is passionate about equality or you’re brand new to the stock market but intrigued at finding an new way to support putting an end to systemic racism, knowing your investments are benefiting Black communities is an exciting prospect.

Whether you pick one of both of the ETFs listed, it’s important to know that there are options out there for socially-conscious investors who want to be a part of a permanent change for racial justice.