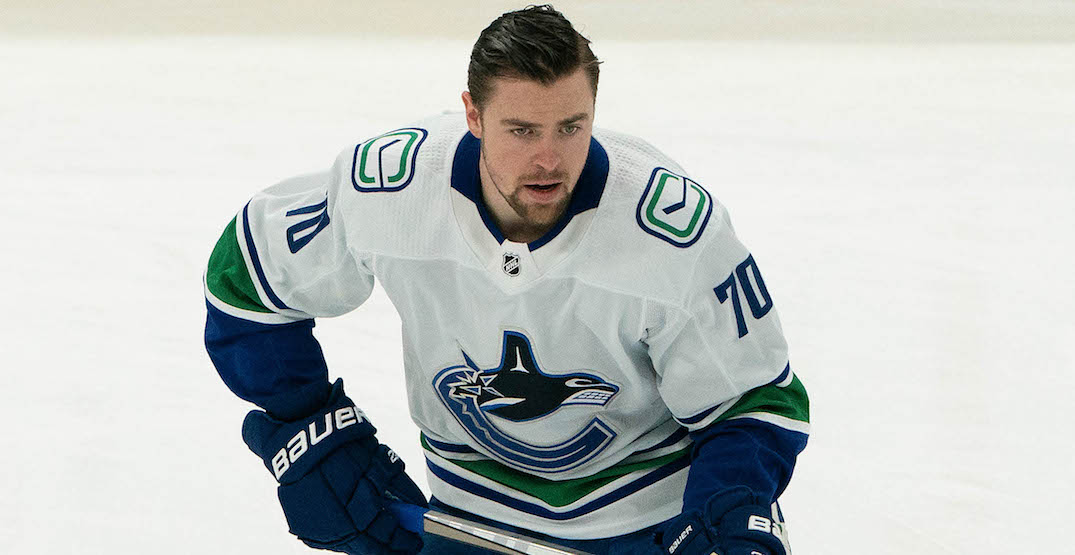 Whether you’re hoping the Canucks make a push for the playoffs or sell at the deadline, this is bad news.

That timeline would keep Pearson on the shelf until after the April 12 trade deadline.

Pearson appeared to hurt his ankle during Wednesday’s game against the Senators. He fell awkwardly behind the net, but continued on, only to re-aggravate it later in the game.

While the Canucks are reportedly interested in re-signing Pearson, who is eligible to become an unrestricted free agent at the end of the season, the 28-year-old is the type of player that playoff teams typically covet at the deadline. With a Stanley Cup on his resume, Pearson would slide nicely onto a second or third line of a contender, and can play on both the power play and penalty kill.

There’s no rule against trading an injured player, but it should hurt his trade value. Pearson’s stat-line won’t help things either, as he has just 11 points (6-5-11) in 33 games this season.

“It’s unfortunate for sure,” Green added. “But we’re going to worry about the things that we can control in our room. Whenever someone gets hurt it’s an opportunity for someone else. That’s not going to change now.”

It could be a glorious opportunity for Jimmy Vesey, who the Canucks snagged off waivers from the Toronto Maple Leafs on Wednesday. Green confirmed that Vesey will make his Canucks debut tonight against the Canadiens, after his mad dash to Ottawa was foiled by a delay in the government approving his work visa paperwork.

Vesey, who had fallen out of favour in Toronto and saw his ice time dwindle to as low as 4:41 last week, could play top six minutes on the injury-depleted Canucks. With Elias Pettersson and now Pearson out of the lineup, there’s a spot open in the top six.

Despite not controlling the run of play for most of this month, the Canucks have won three in a row, and six of their last seven games. The team they’re chasing in the standings happens to be their opponent tonight and tomorrow, making this two-game set against Montreal vital for Vancouver’s playoff hopes.

The Canucks trail the Habs by just two points in the standings, but Montreal has four games in hand. While the games played column won’t even out until the end of this month, the Canucks know that two straight wins (with at least one in regulation) would put them above the playoff bar for the first time in a long time.

Green also confirmed that Thatcher Demko will get the start in goal once again, making this his eighth-straight start. Antoine Roussel will also return to the lineup after missing the last three games due to injury.