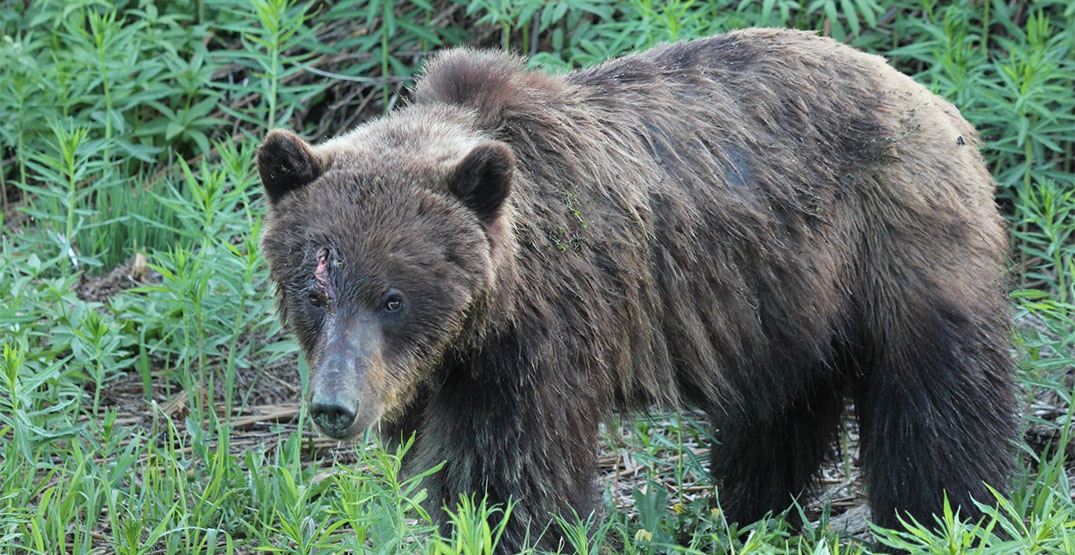 Someone shot a BC grizzly bear with an arrow and the animal is still roaming around the forest with the broken-off bolt sticking out of its head.

The BC Conservation Officer Service shared a photo of the bear on Wednesday, urging anyone who sees it to call them.

The bear was spotted near Smithers, BC along Highway 37 just north of the Meziadin junction.

The photo below, of a Grizzly Bear with a broken-off arrow stuck in its head, was taken by a passing motorist & provided to #Smithers #BCCOS
It was taken along Hwy 37 North, just north of the Meziadin junction. If you have any info, please call the #RAPP line. pic.twitter.com/5kytf37eAT

Hunting grizzlies is banned in BC. The government permanently closed the hunting season for the large bears in 2017, although some Indigenous groups have called for its reversal.

According to BC’s hunting and trapping regulations, it’s also unlawful to injure an animal and not report it to a conservation officer.