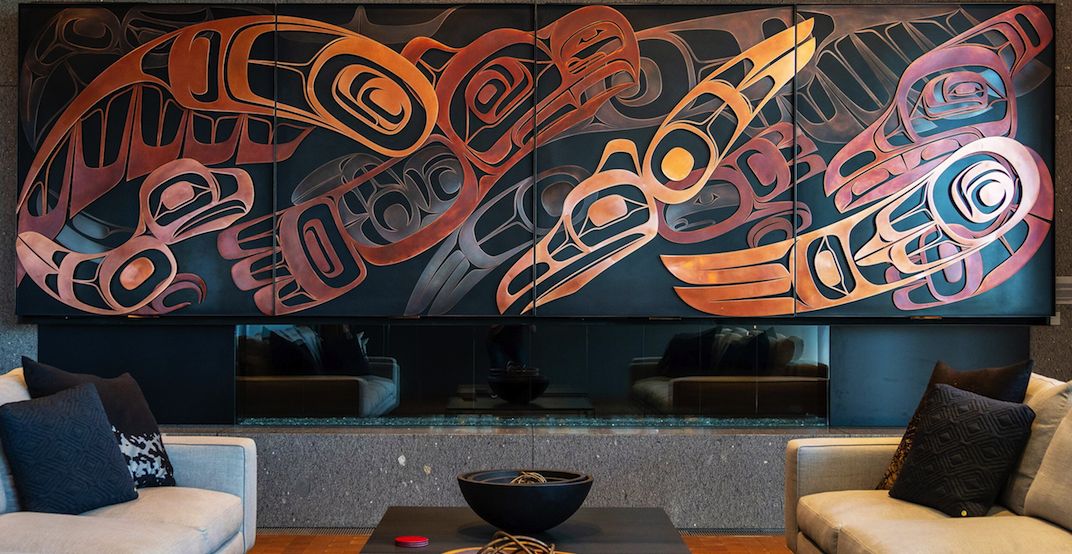 Skyscrapers are certainly not what you expect to associate with the liveliness of BC’s nature and culture, but high up in a downtown Vancouver skyscraper is a magnificent collection of Indigenous art.

Several Indigenous artists contributed to an art installation art on the 24th floor of the TELUS Garden, meant to host business clients and inspired by BC’s natural landscapes.

The art installation was curated in partnership with Douglas Reynolds Gallery, and while it isn’t open to the public except for special events, Daily Hive got an insider look at the stunning displays of colour, nature and Indigenous culture.

“The acquisition of original artwork for the TELUS Garden offices is one of the many ways they support and celebrate artists,” said Doug Reynolds from Douglas Reynolds Gallery.

“It is important to think regionally when activating their spaces, and focusing on North West Coast art for TELUS Garden was certainly a priority to achieve this vision.”

Yeomans has studied and worked in the Haida style since his youth. 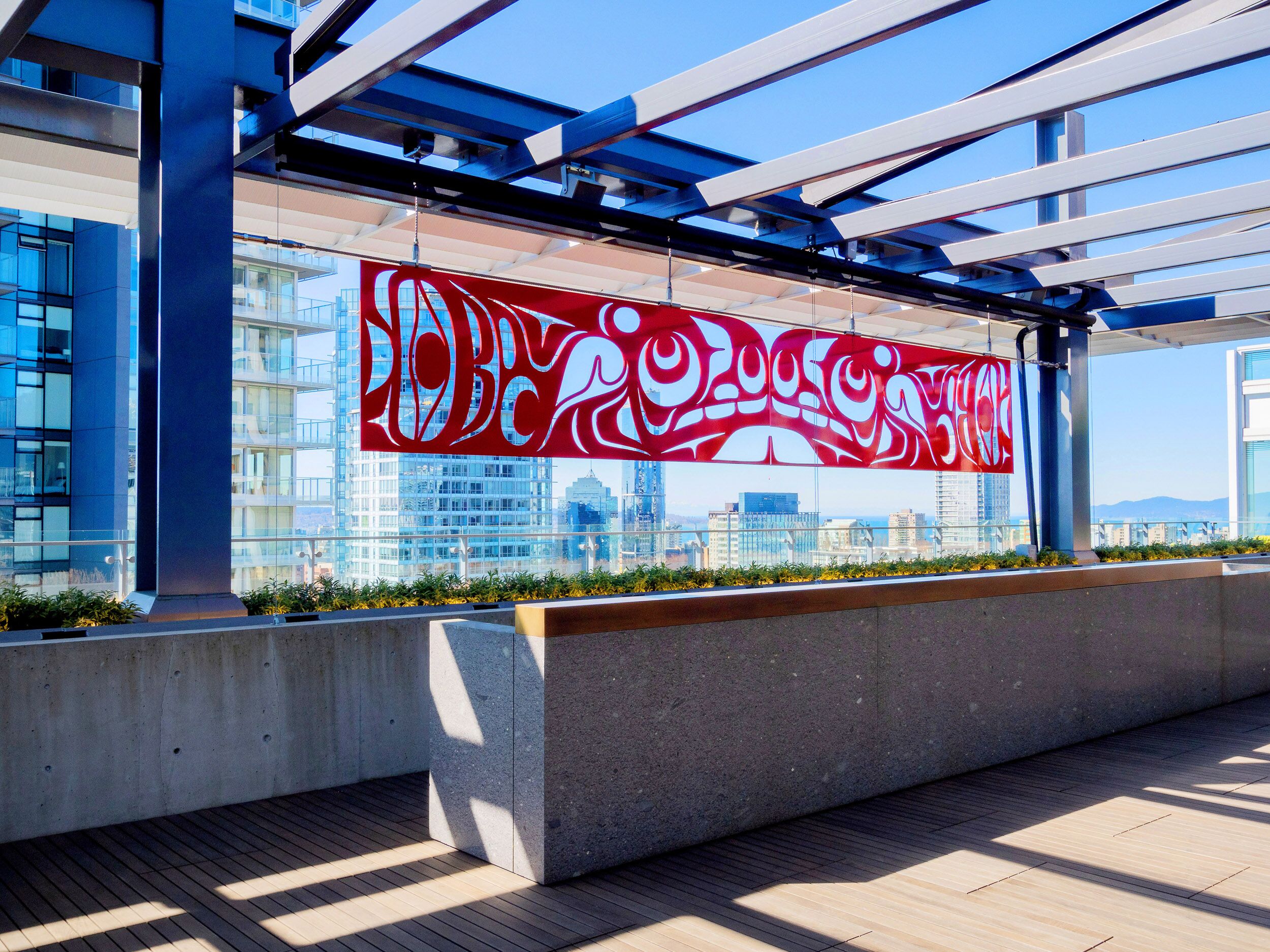 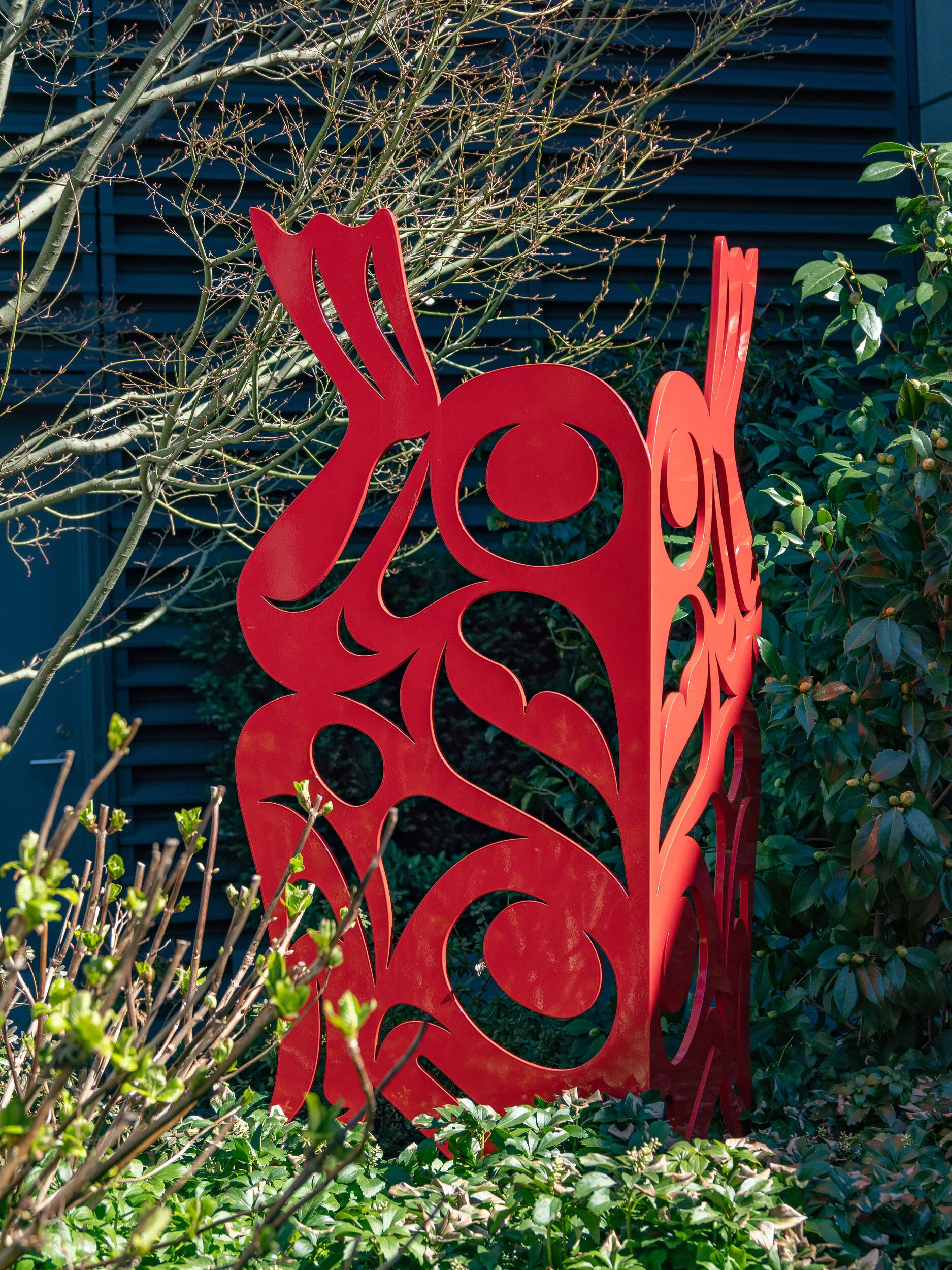 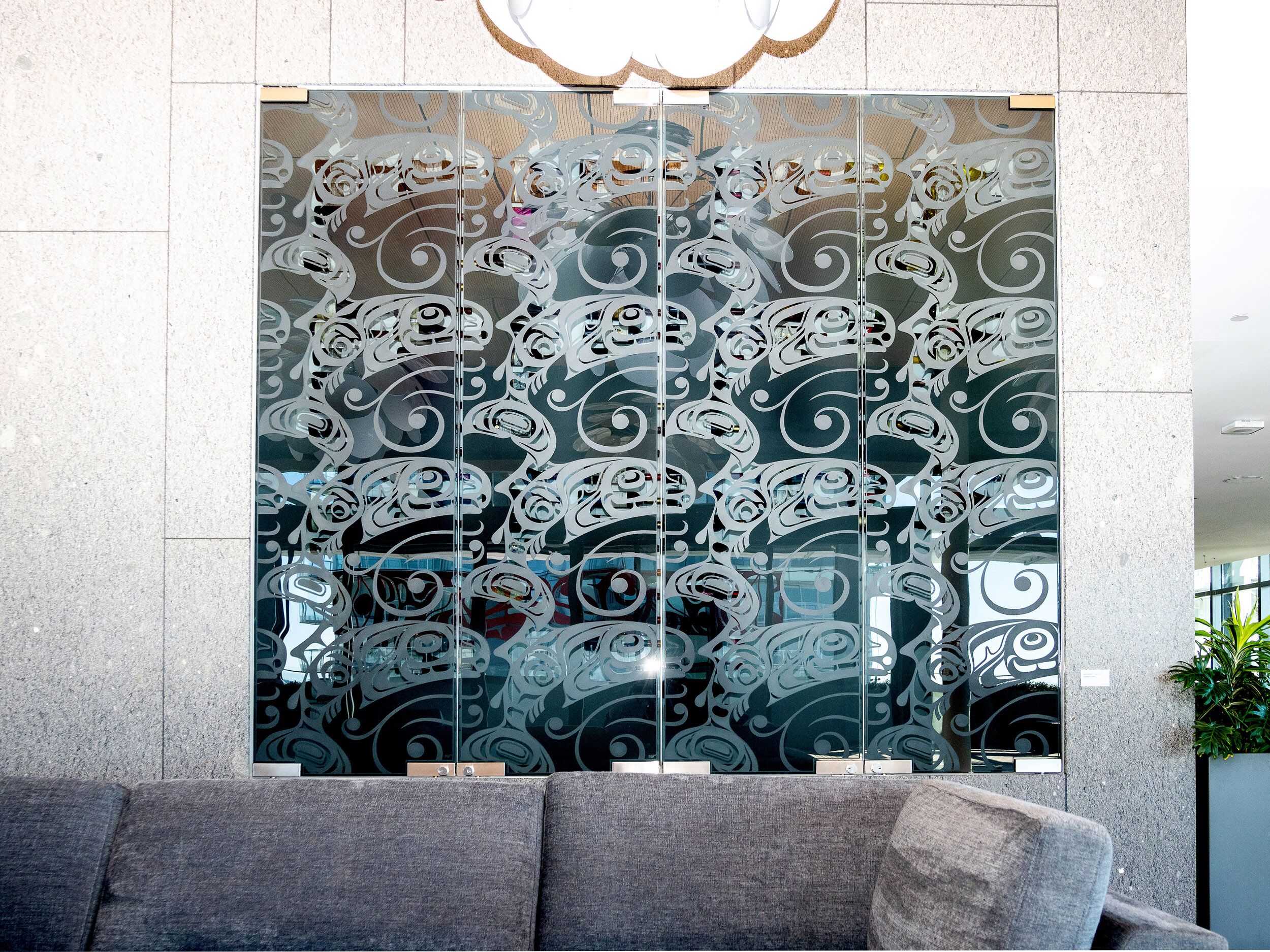 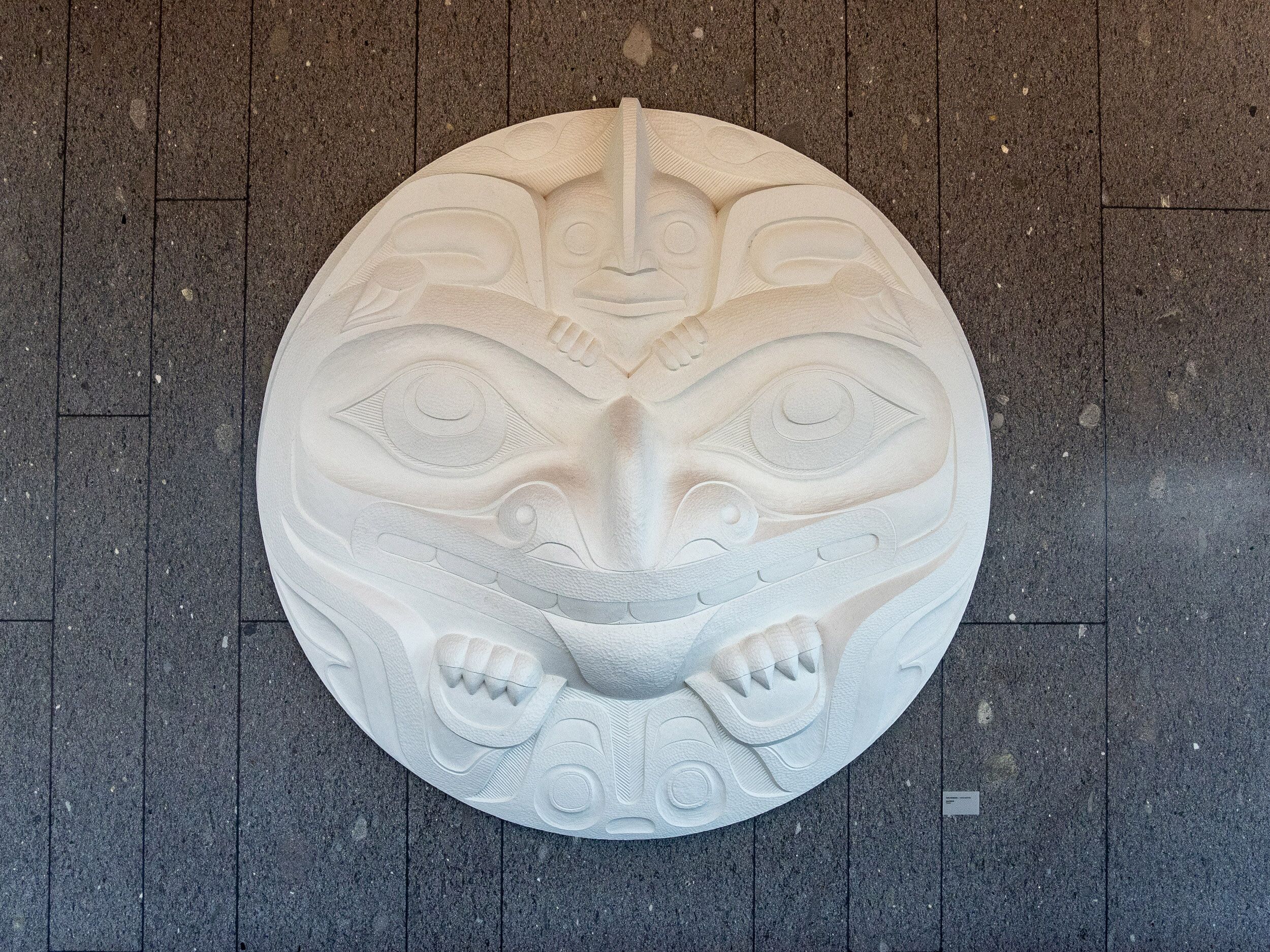 Davidson is a “master in every medium, including wood, gold, silver, argillite, silkscreen and bronze,” and has had  much influence on on modern Northwest Coast artwork, says Reynolds. 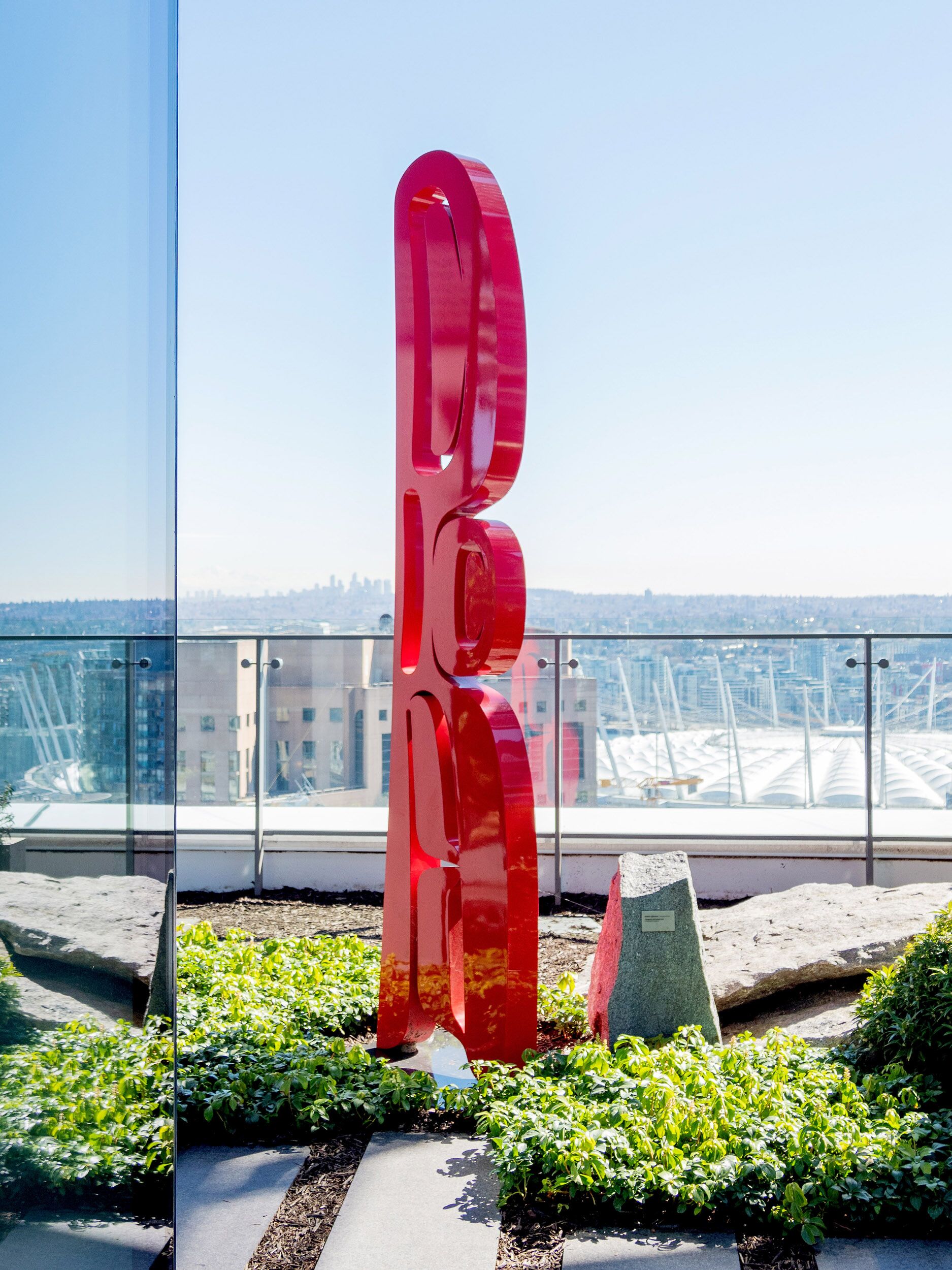 Bradley Hunt is a Heiltsuk artist born in Bella Bella, BC. He attended Vancouver Art School prior to attending UBC. He comes from a family of artists and his two sons are both well-known carvers, Dean and Shawn Hunt. 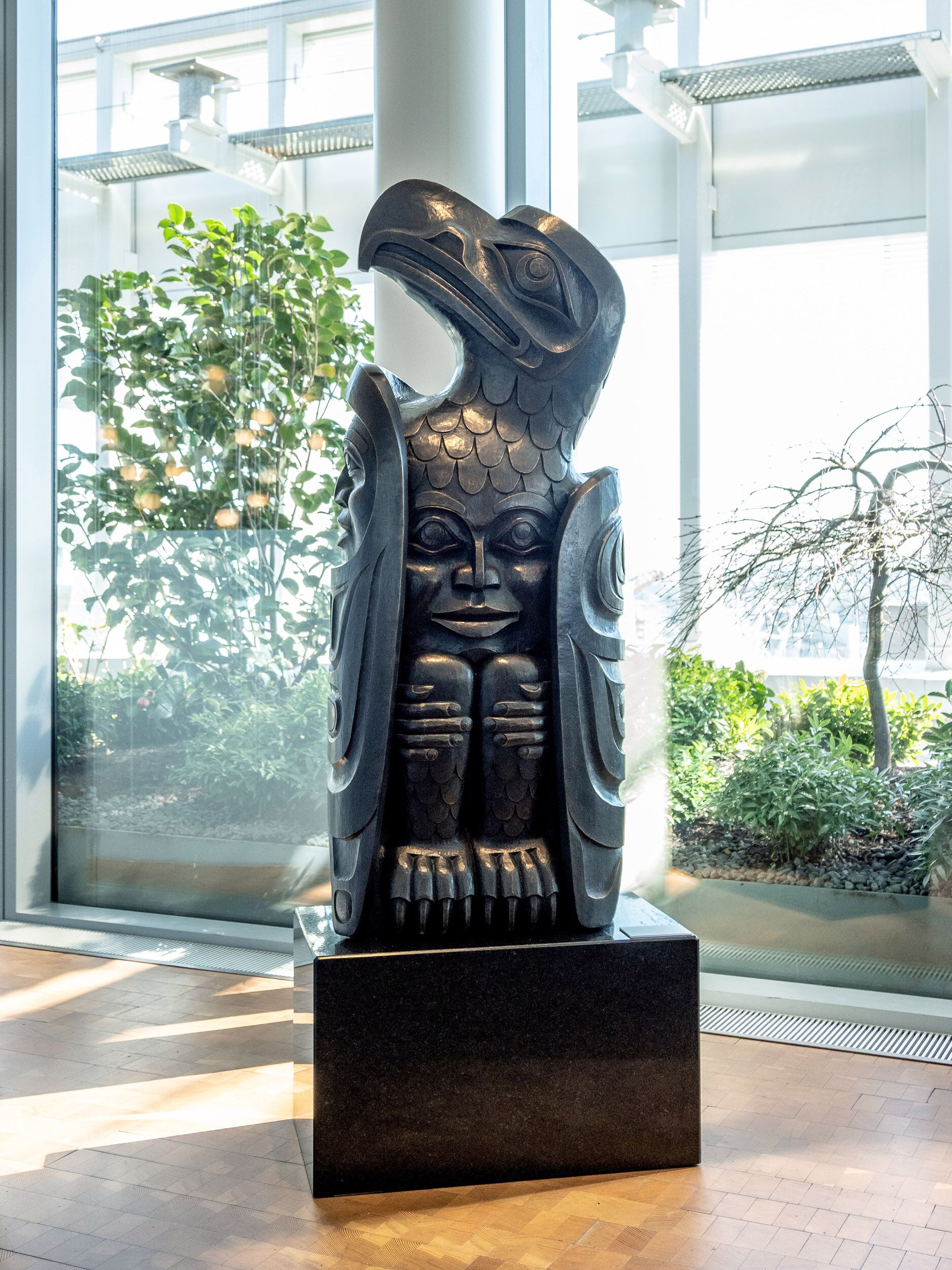 Tsimshian artist Phil Gray is the youngest artist of the group, who is just getting started in his career. He contributed the staircase as well as the wall mounted cut copper and steel series of panels that hides a television screen. 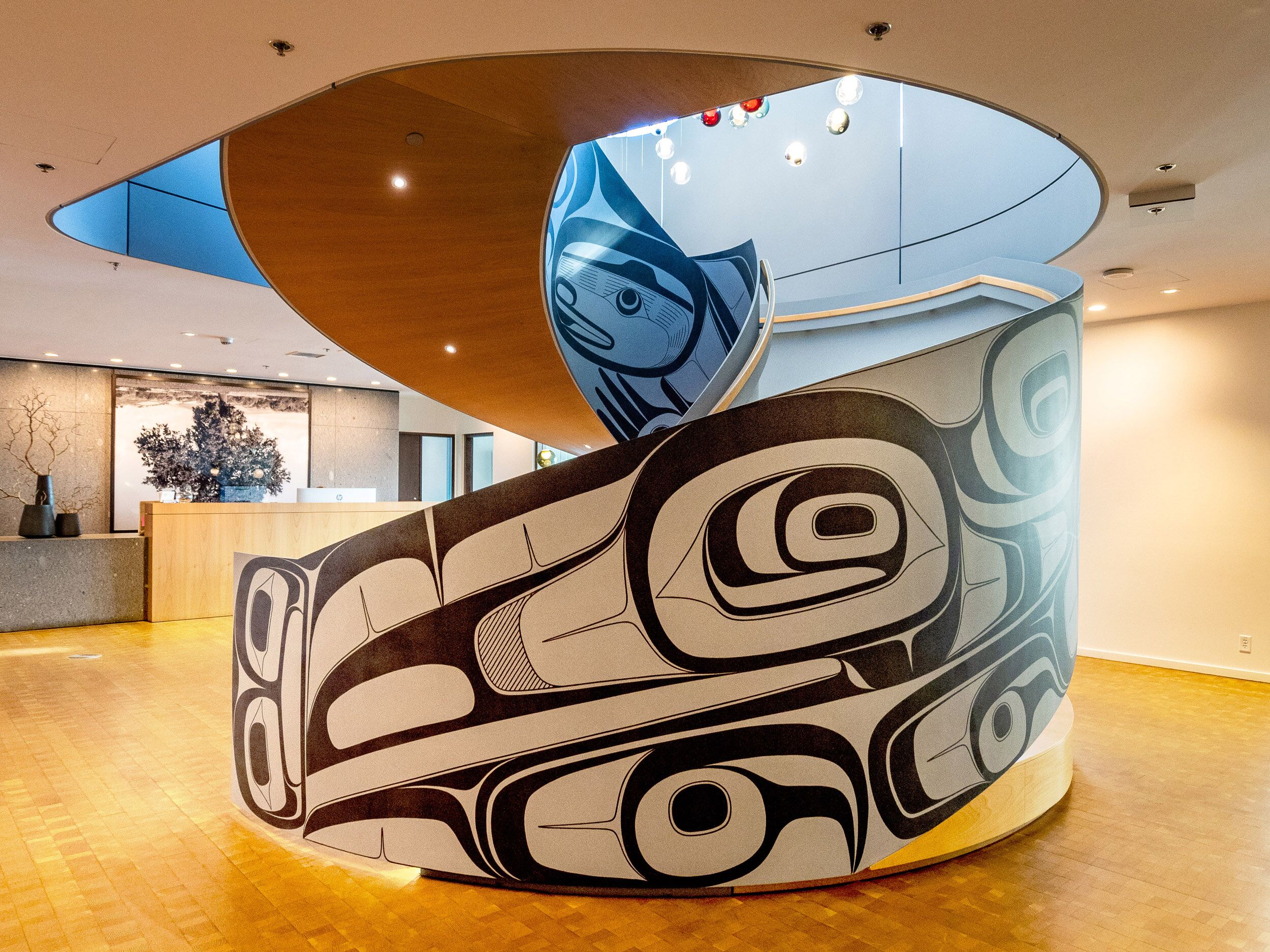 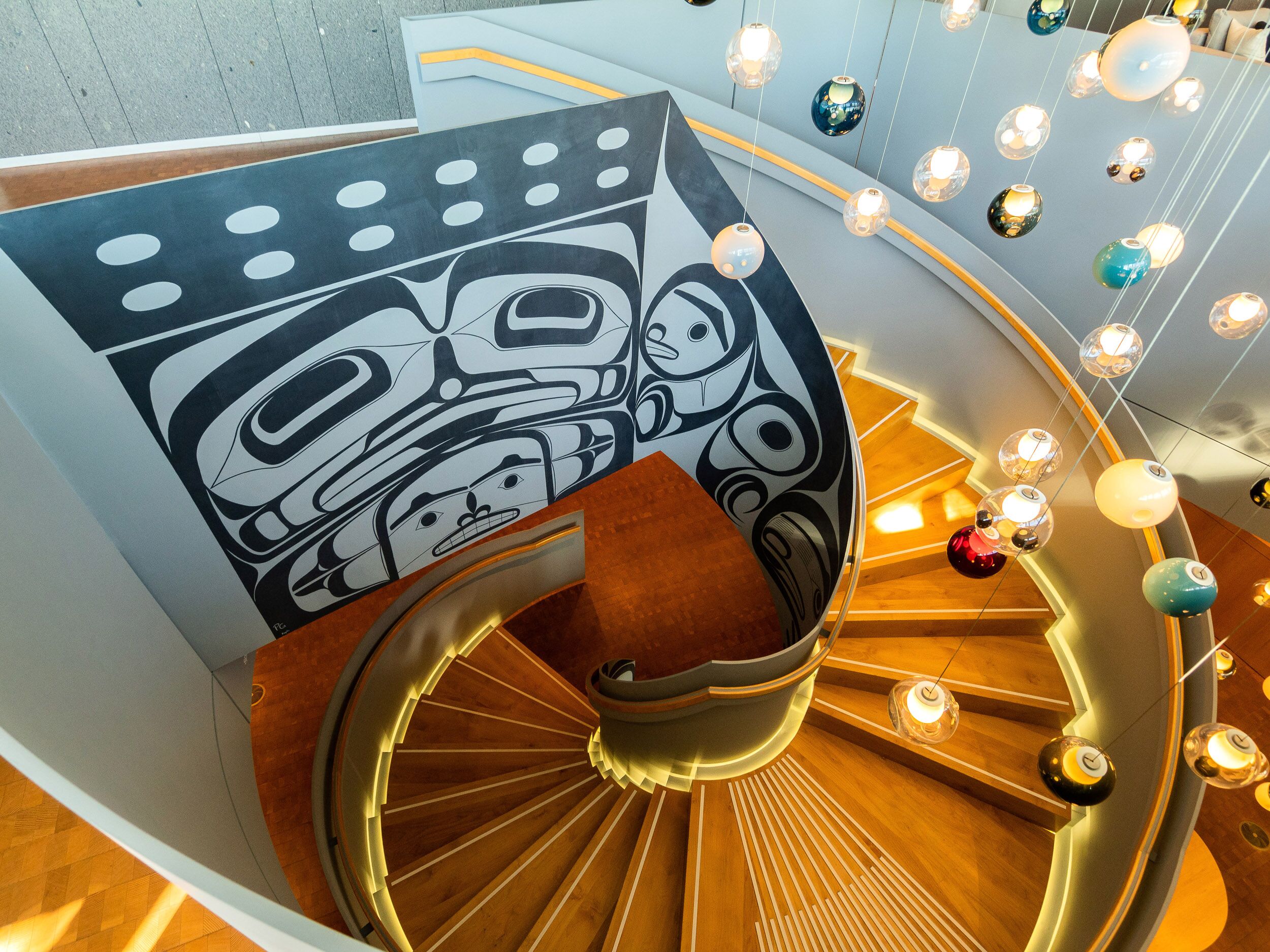