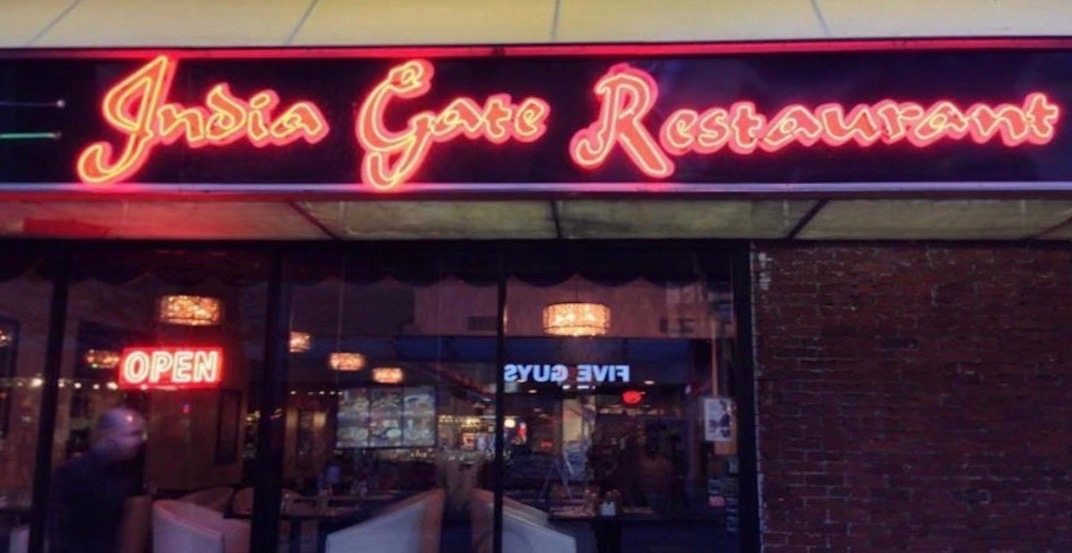 India Gate Restaurant, located at 616 Robson Street, is set to officially close after 41 years of operation in Vancouver.

In February 2019, a development application was submitted to redevelop the site at 600 Robson Street (the northwest corner of the intersection of Seymour Street and Robson Street), the block where India Gate currently operates, into a 13-storey office building.

The small 12,000-sq-ft lot is right next to the Capital Residences tower and is currently occupied by a 1914-built single-storey retail building with tenants such as a picture frame store, Red Burrito, Simon’s Bike Shop, Vancity Weed, Thai Cuisine Restaurant, and India Gate.

In a recent Instagram post, the restaurant said it received an eviction notice to vacate the property.

India Gate also told Daily Hive back in February the business was closing in the coming months after a video of a rat on a table at the long-serving downtown Vancouver eatery was submitted by a reader.