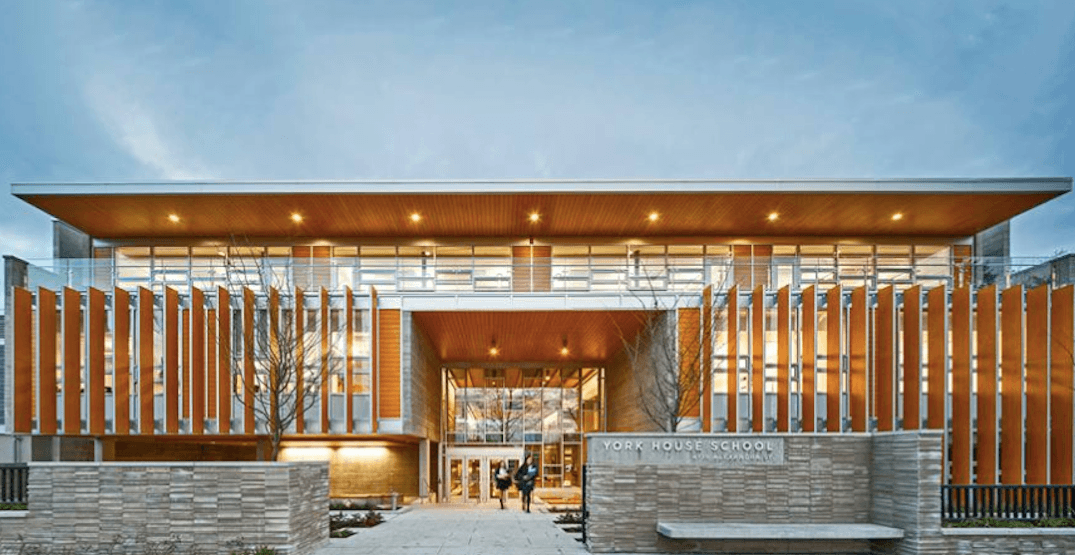 Vancouver Police have arrested a BC RCMP officer in connection with what they say is a series of indecent acts near York House School, a private all-girls school on the west side of the city.

VPD Sgt. Jason Robillard confirmed with Daily Hive on Thursday that a suspect was arrested on Tuesday.

Because the investigation is ongoing, Robillard said he was unable to provide any further information, other than to say the suspect has since been released with conditions.

According to BC RCMP spokesperson Dawn Roberts, the suspect is a BC RCMP officer and the alleged incidents occurred while the officer was off-duty.

As a result of the incident, Roberts told Daily Hive an internal Code of Conduct is underway and the individual has been suspended with pay.

She added the suspect’s name cannot be released at this time, as charges have not yet been approved.

In a letter sent home to parents and obtained by Daily Hive, York House said that during “the past several months, we have issued safety warnings and communicated with parents and students our concerns regarding several incidents of indecent exposure by an unidentified male in and around our neighbouring community.”

The letter describes the arrest as “definitely very good news.”