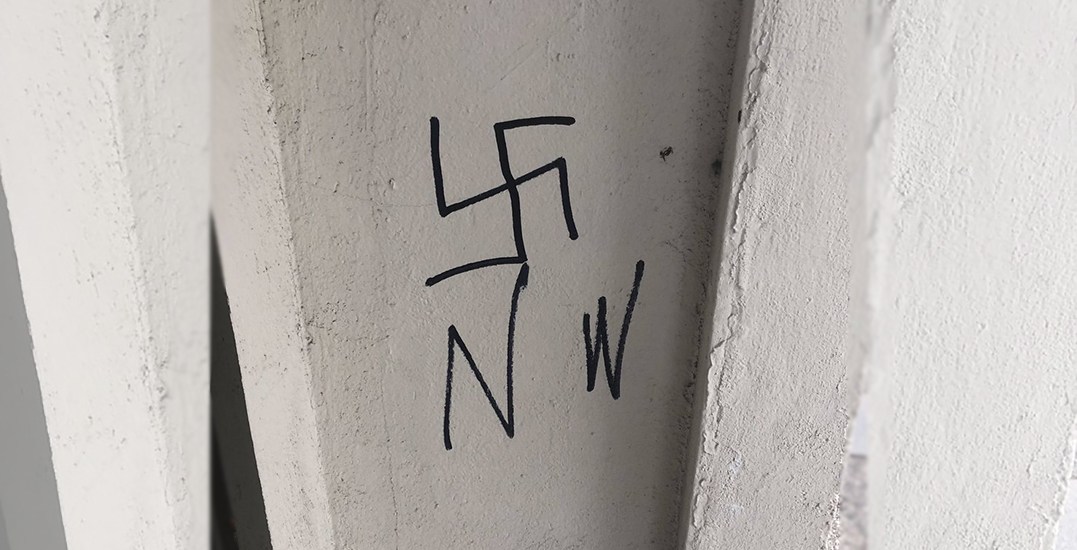 Racist graffiti found on Wednesday outside a home in downtown Victoria has been one of the many occurrences over the past six months, says police.

A photo was shared on Twitter by Ravi Kahlon, North Delta MLA, who says that his friend found Anti-Semetic graffiti outside her home.

A friend of mine woke this morning to this outside of her door in downtown #VictoriaBC Scary stuff. 😳 pic.twitter.com/ajWegVvKLq

The Victoria Police Department says that similar incidents are being reported around the rest of Victoria and Esquimalt as well.

“Both our hate crimes investigator and our graffiti investigator are aware of similar incidents,” says Cst. Bowen Osoko, Acting Spokesperson at VicPD. “Instances of swastika and other hate-symbol graffiti are understandably concerning.”

Cst. Osoko says that while some of these cases don’t involve hate symbols, the increase in vandalism over the past six months has been significant.

“Increases in graffiti-based mischief files were just discussed last night at our Victoria and Esquimalt Police Board meeting,” he tells Daily Hive via email.

While investigators continue to work, Cst. Osoko also asks the public to help out by keeping a watchful eye.

“We have seen a significant increase in graffiti over the last six months,” he says. “We ask that anyone who discovers these types of incidents to report it.”

“Surveillance video which captures those in the act of vandalizing property with graffiti is helpful for our investigations into these crimes.”