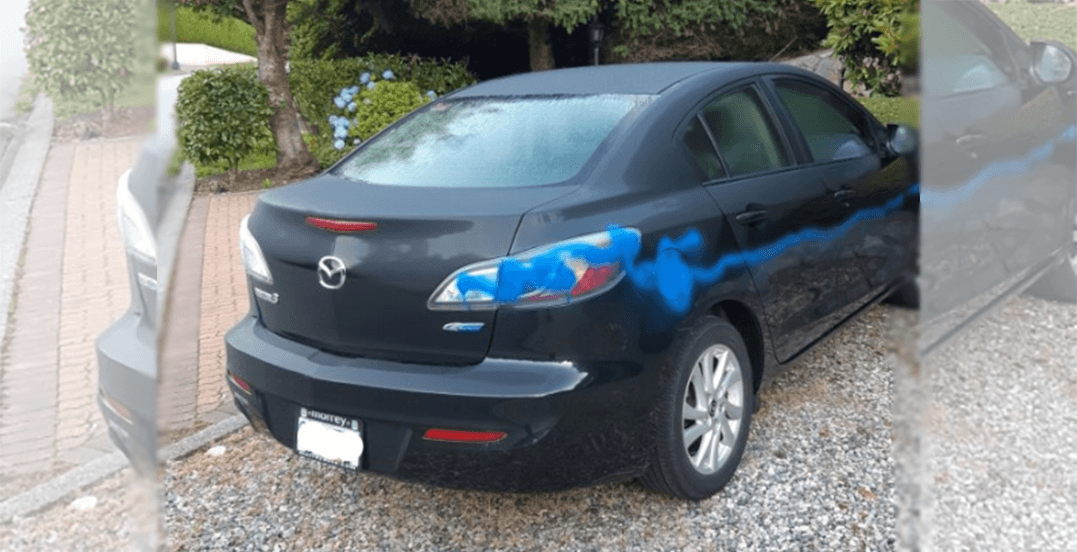 Police have launched an investigation after a spree of racist graffiti in West Vancouver.

On July 9, the West Vancouver Police Department (WVPD) received a report of graffiti in the 1300 blocks of Camridge Road.

Upon arrival, officers saw extensive damage on a car caused by red and blue spray paint. As they began investigating, they found multiple locations nearby marked with red and blue graffiti.

Light posts, vehicles, and mailboxes were the primary targets, according to a police report, as well as a second car that was sprayed bumper to bumper on both sides.

One of the tagged mailboxes, as well as the second car, had racial slurs. Police have not commented as to what language was used.

The WVPD are treating this incident as a hate crime and have notified the BC Hate Crimes Team for a review.

“This is especially concerning to us given the racist language that was used,” says Cst. Kevin Goodmurphy of the WVPD. “We are asking anyone with information about this to please come forward.”