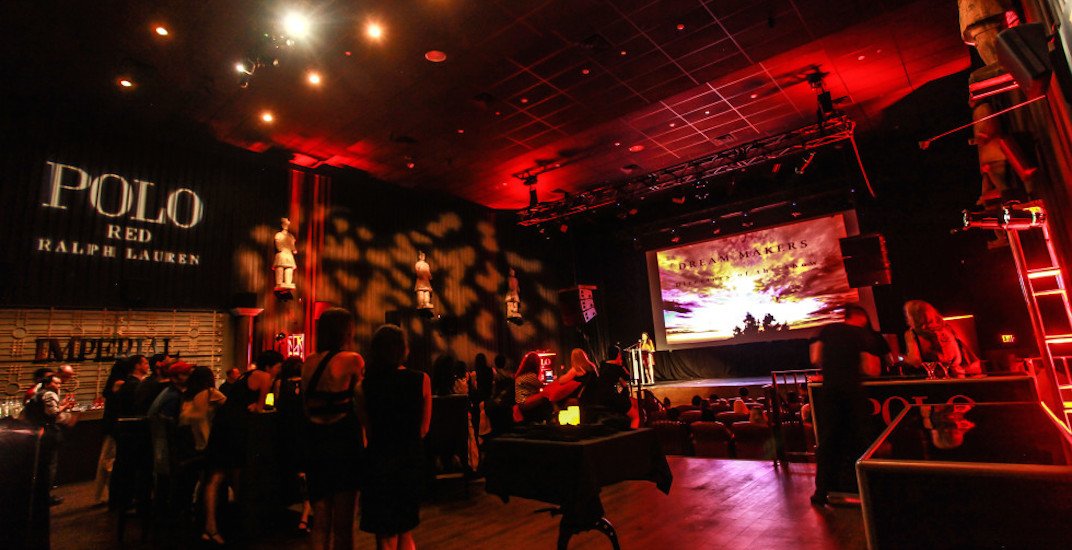 The Imperial Vancouver in the Downtown Eastside is now under new ownership.

MRG Group announced today it has acquired the live music venue located at 319 Main Street, adding the property to its portfolio of entertainment venues across the country.

“I’ve admired the work that the Imperial team has done to create a unique and thriving event space. Their passion for service, entertainment and hospitality has established the Imperial as a leading facility in the marketplace,” said MRG Group president Matthew Gibbons in a statement.

“We see the Imperial as a perfect complement to the Vogue and the Biltmore, and we look forward to creating memorable experiences for fans, artists, and clients across all these properties.”

The venue originally opened in 1974 as Golden Harvest, a theatre that screened popular Chinese-language films. It reopened in 2007 after a $2.5-million renovation, converting the rundown Chinese theatre into a multi-purpose entertainment venue, and was rebranded as District 319 for a few years.

With a floor area of about 6,000 sq. ft., it has a capacity for over 500 people when configured as a live music venue. The latest assessed value by BC Assessment pegs the property’s worth at about $2.5 million.

MRG Group owns nine other venues and establishments, including Dublin Calling and Yale Saloon in Vancouver and other properties in Winnipeg and Toronto.

Their acquisition of the Imperial is the latest of many changes to the local live music industry, with venues such as Electric Owl, Media Club, and The Odyssey shuttering their doors. The Railway Club also briefly closed in 2016, until it was reborn as Donnelly Grouop’s The Railway Stage & Beer Cafe.

As well, the Cobalt is facing a temporary closure due to building renovations by the landlord.