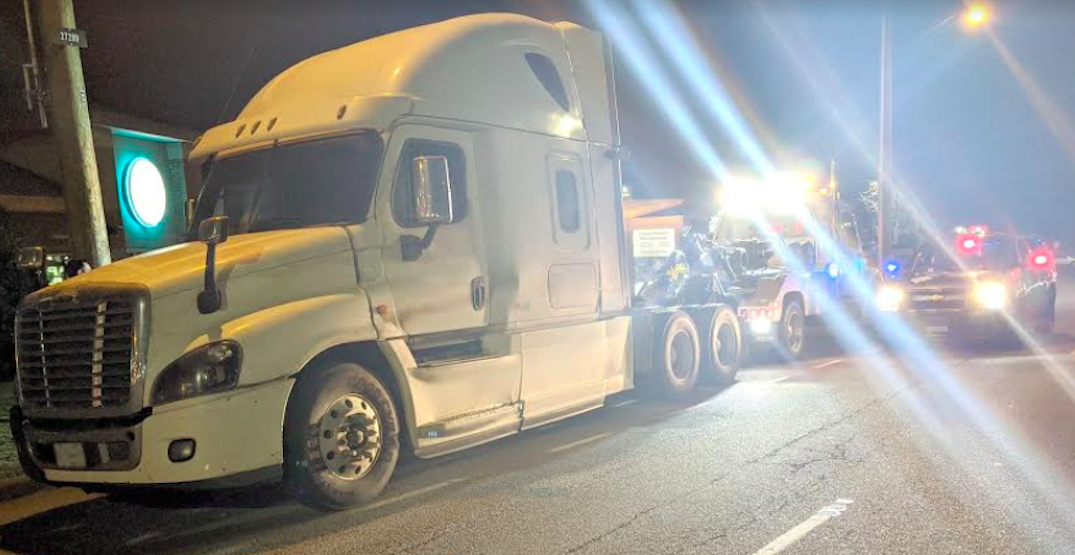 A commercial truck driver in Surrey was issued a 90-day driving suspension and had his vehicle impounded after police discovered he was driving while impaired.

According to Surrey RCMP, the incident took place just before midnight on March 4, when patrol officers noticed a semi-truck driving without its headlights on near Fraser Highway at 160 Street.

Officers stopped the vehicle and found the 35-year-old driver to be impaired. The driver was issued a 90-day Immediate Roadside Prohibition, and the truck was impounded for 30 days.