Three 16-year-old boys from Ontario were arrested at a home in Kelowna, BC, after police executed a search warrant at the residence.

In a release, police said the search warrant was related to a street-level drug trafficking investigation.

The search “yielded a substantial cash seizure of approximately $30,000,” police said. “Undisclosed quantities of suspected fentanyl and cocaine already packaged for immediate distribution on the street were seized along with two loaded handguns,” the release said.

The group is said to have had ties with a current investigation in the Lower Mainland. 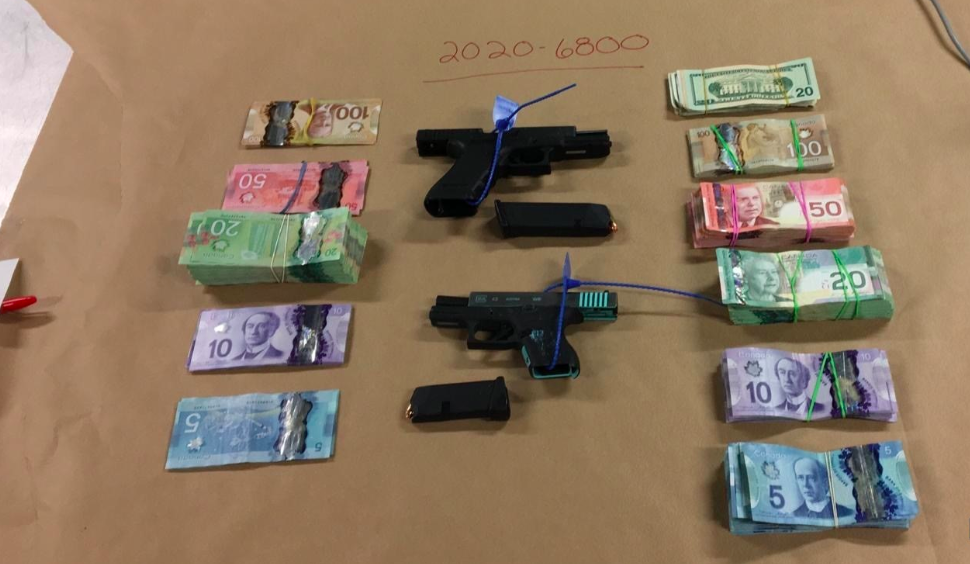 The three boys were arrested and later released into the care of the Ministry of Children and Family Development on strict conditions with a future court date in Kelowna.

“This crime group has ties to not only Kelowna and BC’s Lower Mainland, but as far reaching as coast to coast in Canada, which gives them the ability to move their associates throughout the country to further the illicit sale of drugs,” said RCMP Cpl. Jeff Carroll. “This seizure will have a positive impact on the safety of our community.”