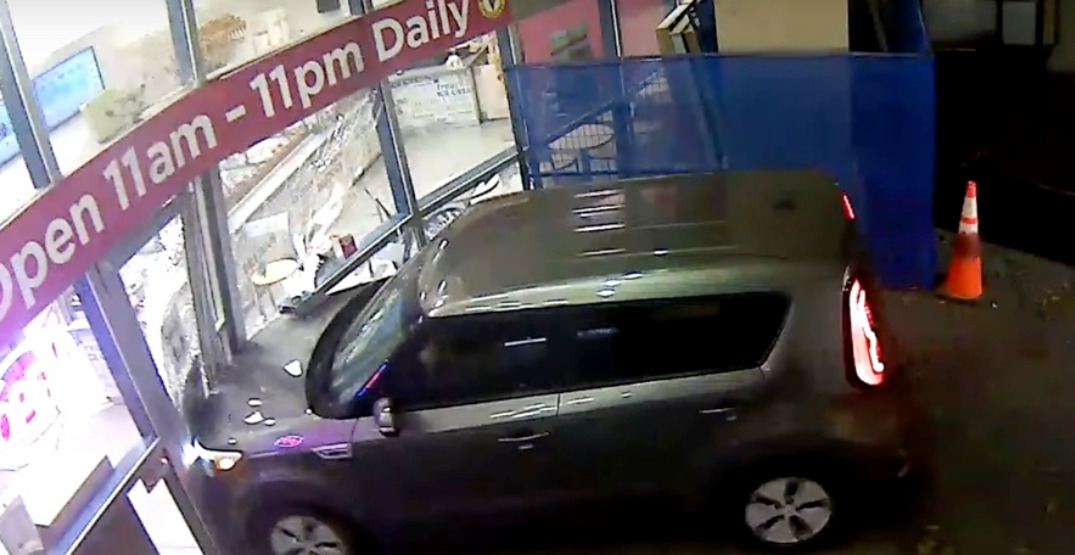 Police had their hands full after an impaired driver caused havoc at one unlucky BC business.

The incident occurred on October 24, when the Victoria Police Department responded to a report that a vehicle crashed into a local business. The business that was impacted was a storefront at The Bay Centre.

When officers arrived, the driver of the vehicle attempted to flee the scene.

Officers employed a conducive energy weapon to remove the man from the vehicle, and Victoria Police report he continued to resist arrest and was taken to the ground.

In the video, the impaired driver is seen crashing through the main entrance of a storefront before backing up and proceeding to drive through a separate area of the same building.

It appears that the area the driver crashed into was already under construction.

Victoria Police believed the man to be heavily impaired by drugs, based on his behaviour.

Officers administered a Standard Field Sobriety Test, but because the man reported that he had been injured, he was instead transported to hospital by BC Emergency Health Services Paramedics.

He was released from the hospital and is currently facing a 24-hour driving prohibition, pending further investigation.

Thankfully, no bystanders were injured during the incident.