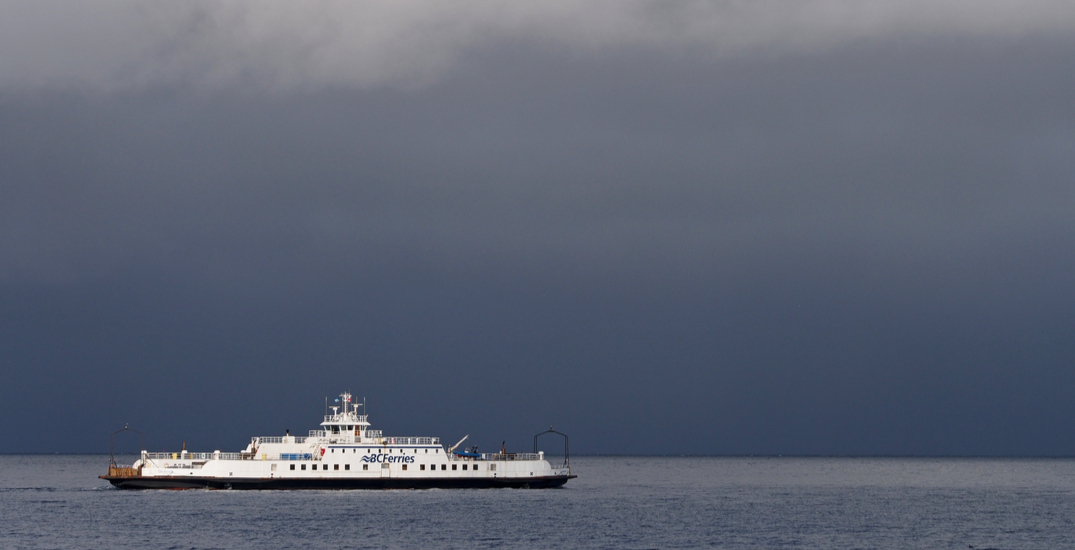 A BC Ferries vessel crosses the water on a stormy day (TamasV/Shutterstock).

Update: BC Ferries has cancelled the majority of its afternoon and early evening sailings on major routes, as high winds continue to impede travel.

A full list of sailing cancellations for Monday can be found online.

More than three dozen BC Ferries sailings have been cancelled for Monday as an unprecedented storm batters the south coast.

The storm began on Sunday, bringing winds of up to 70 km/h to Metro Vancouver and gusts of up to 90 km/h closer to the water. By early Sunday evening, more than 16,000 BC Hydro customers were left without power.

So far, sailings up to 1 pm have been cancelled and travellers are advised to check for updates online.

“The safety of our passengers and crew is of primary importance to us,” BC Ferries says in a travel advisory. “We don’t take the decision to cancel sailings lightly, as we know customers rely on us to get to their destinations. We will resume service as soon as it is safe to do so.”

BC Ferries adds that customers with reservations will be advised of their cancellation and the reservation will be automatically refunded.