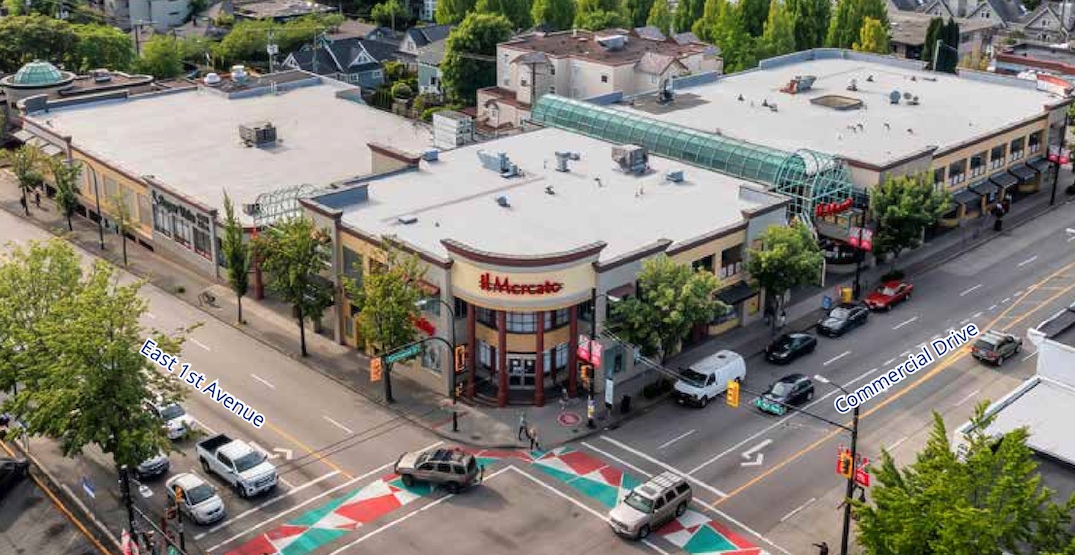 The Il Mercato indoor shopping mall within the very core of Commercial Drive’s retail district was recently sold for its mixed-use redevelopment potential.

Several sources have told Daily Hive Urbanized the 1.4-acre, L-shaped property at 1641 Commercial Drive — the northwest corner of the intersection of East 1st Avenue and Commercial Drive — was sold to Richmond-based Dava Developments in April 2022.

This complex has a considerable length of street frontage — an entire block along both its Commercial Drive and East 1st Avenue sides. A publicly accessible indoor galleria has mid-block entrances on both of these streets.

Colliers International told Daily Hive Urbanized the property was sold based on its “income value,” and will not be developed for at least a decade, given the remaining length of the existing tenancies.

Daily Hive Urbanized also reached out to Dava Developments, but did not receive a response in time for publication. 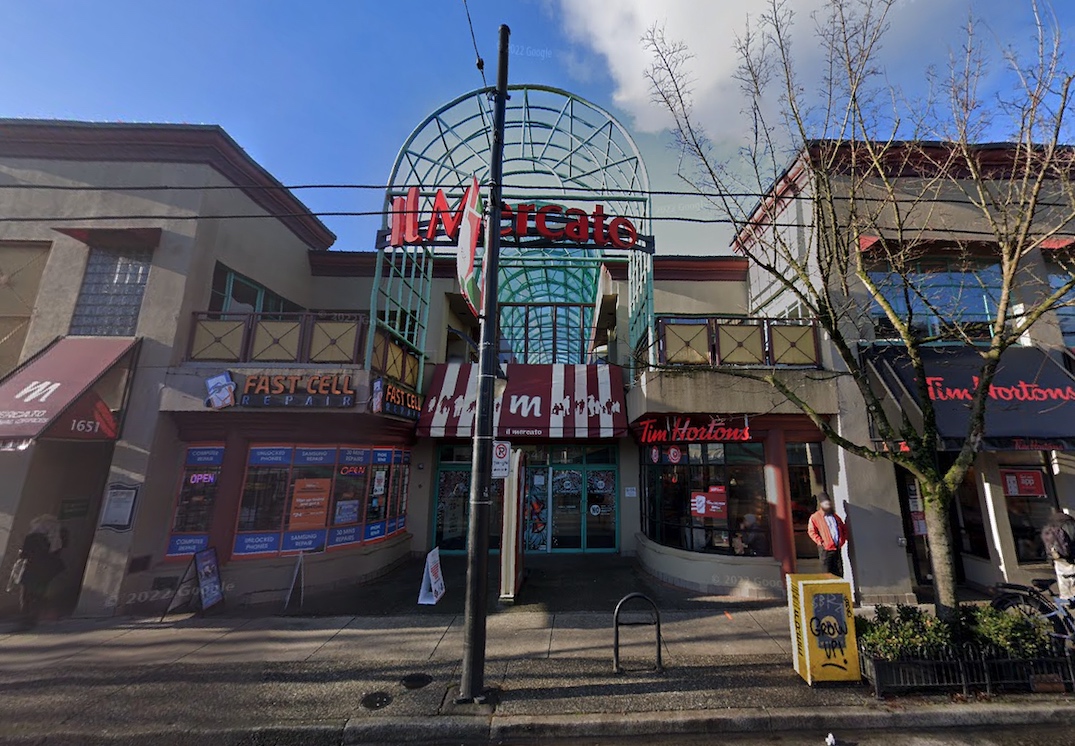 According to BC Assessment, the property’s latest assessed value is $42 million, including $41.8 million for the value of the land, and $194,000 for the structure.

Based on the city’s Grandview-Woodland Community Plan, this property can be redeveloped to a height of up to six storeys with a floor area ratio density of three times the size of the lot area — about 180,000 sq ft.

The community plan requires a mix of commercial uses at ground level, such as retail, restaurants, services, and other community-serving uses. Residential uses are permitted within the upper levels, although office uses are encouraged for the second level.

City policies potentially allow for added density achieved by greater heights beyond six storeys if the developer were to pursue a rental housing component for the residential uses.