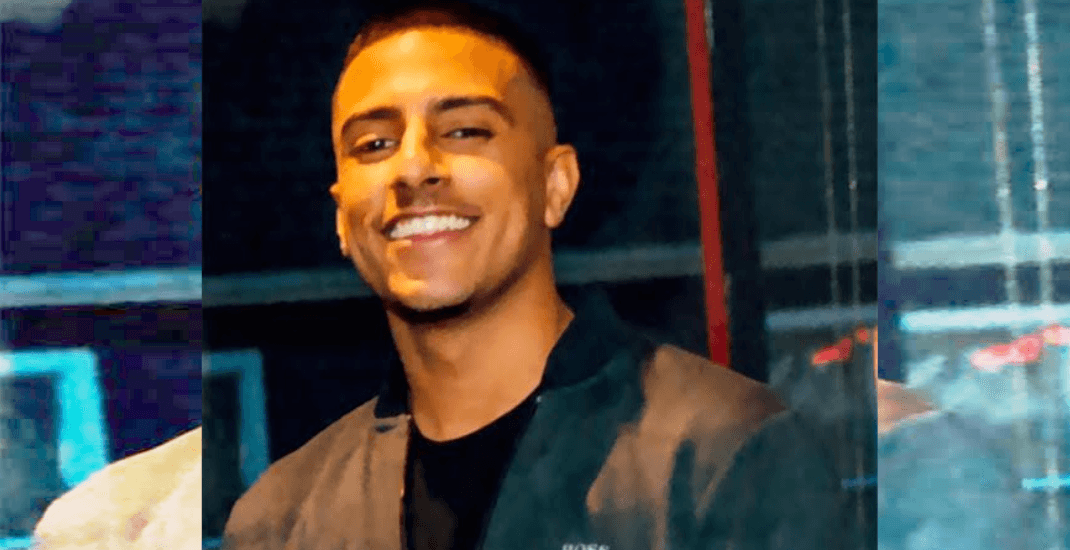 Austin Grewal was shot and killed on April 26 (IHIT)

The Integrated Homicide Investigation Team (IHIT) has released video footage in relation to the ongoing investigation into the shooting death of 18-year-old Austin Grewal.

IHIT says a red Chrysler 300 sedan was identified as being linked to the shooting.

After canvassing the neighbourhood where the vehicle was found, IHIT obtained surveillance footage showing two males who are believed to be associated with the car.

“This new video is another important step in the case and could significantly advance the investigation with information from members of the community.”

Suspect #1 is the taller of the two men. He is described as a non-Caucasian male, skinny build, with dark facial hair in a goatee or beard, wearing a black hoodie.

Suspect #2 is the shorter of the two men. He is a is described as having a skinny build, no facial hair, wearing a black hoodie with a cap underneath carrying a bag on his shoulder. His ethnicity is unknown.