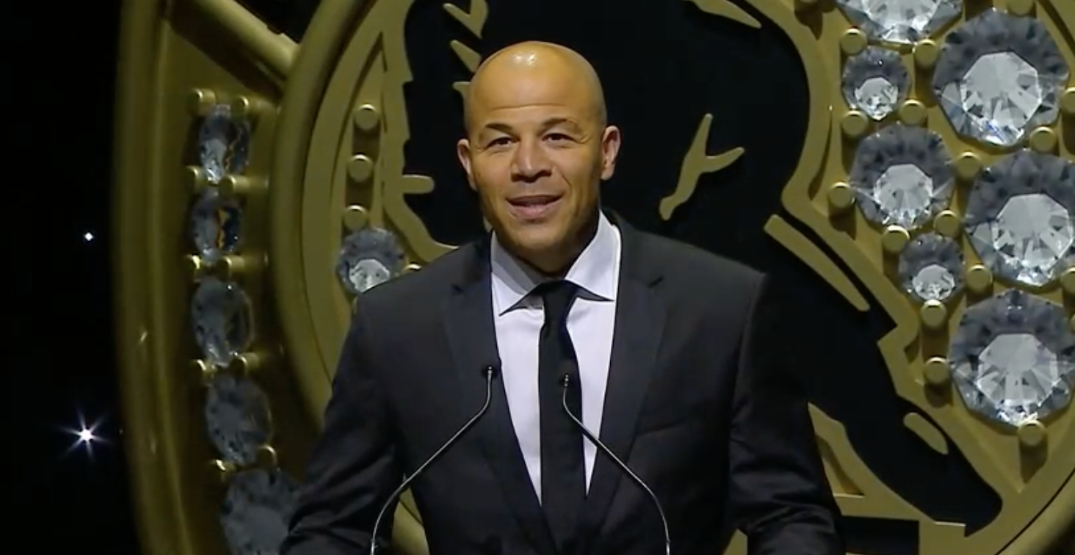 Jarome Iginla’s NHL dream was inspired by those ahead of him.

And he made sure to highlight that.

Standing on stage after being presented his Hall-of-Fame plaque by Mark Messier, Iginla thanked Black hockey idols like Grant Fuhr and Willie O’Ree for making his dream possible by breaking down racial barriers in the sport.

“I probably wasn’t your typical hockey kid,” Iginla said in his acceptance speech Monday. “My dad emigrated to Canada from Nigeria. My mom came from Oregon. But once I started hockey with St. Albert Minor Hockey at age seven, I was hooked, and I wanted to be a hockey player and dreamt of being in the NHL.

“It’s important for me tonight to thank Hall-of-Famer Grant Fuhr. Grant was one of my idols growing up in St. Albert, just outside Edmonton, and I was thrilled to play with him in Calgary at the end of his career. I also want to acknowledge Grant and recent inductee, the amazing Willie O’Ree, and guys like Claude Vilgrain and Tony McKegney and Herb Carnegie for breaking racial barriers in hockey.”

Jarome Iginla shares his journey from his early childhood to this very moment at the Hockey Hall of Fame induction ceremony.

Iginla is the fourth Black player to be inducted into the Hall-of-Fame, joining Fuhr, Canadian women’s national team player Angela James and the trailblazing O’Ree — the first Black player in the NHL and the NHL diversity ambassador.

He’s also the first to win the Art Ross Trophy as the NHL’s leading scorer and Lester B. Pearson (now the Ted Lindsay Award) as “most outstanding player” in the NHL as voted by fellow members of the National Hockey League Players’ Association.

In all, Iginla finished with an even 1,300 points, including 615 goals, in 1,554 games over 20 seasons in the NHL with the Calgary Flames, Pittsburgh Penguins, Boston Bruins, Colorado Avalanche, and Los Angeles Kings.

His Hall-of-Fame career is marked with many memorable moments, including two Olympic gold medals and a run to the Stanley Cup Final in 2004.

“Being a young Black hockey player, it was important for me to see other Black players in the NHL,” Iginla said. “In my first year of hockey as a seven-year-old, a kid came up to me and said, ‘Why are you playing hockey?’ Over the years, I would hear, ‘What are your chances of playing in the NHL… there’s not many Black players.’ I’d hear other stuff.

“Luckily, there was only a few, and I know it’s thanks to guys like Grant and Willie who made me know my dream of playing in the NHL was attainable.”