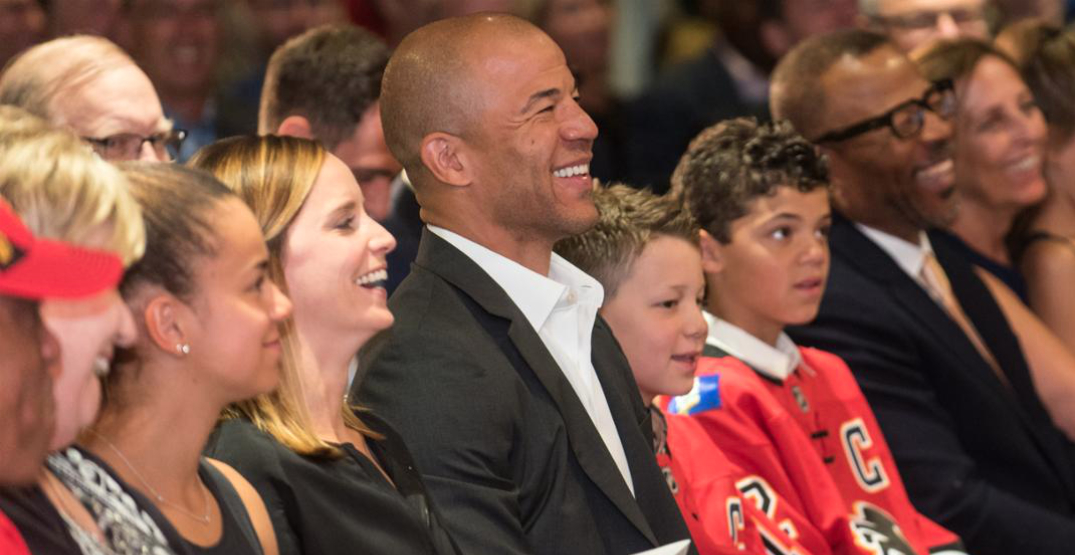 A dozen years after Jarome Iginla assisted on one of the most famous goals in international ice hockey, his kids are starting to make waves with Hockey Canada.

It’s the next wave.

Son Tij, 15, was among the 100 players Hockey Canada invited to its National Under-17 Development Camp in Calgary on Thursday.

The invite to participate at the camp, taking place July 10-16 at the Markin MacPhail Centre at WinSport’s Canada Olympic Park in Calgary, comes after a standout season with Rink Hockey Academy’s Under-18 Men’s team in Kelowna which saw the 5-foot-10, 160-pound forward score 53 points (30 goals, 23 assists) in 35 games, played under former Calgary Flames forward Byron Ritchie.

He was selected with the No. 9 pick in the the 2021 WHL Prospects Draft by the Seattle Thunderbirds in December, and had one assist in three games with the team in the regular season.

Jarome, who starred for three seasons with the Kamloops Blazers in the WHL from 1993-1996, amassed 1,300 points (625 goals, 675 assists) in 1,554 NHL games with the Flames, Pittsburgh Penguins, Boston Bruins, Colorado Avalanche, and Los Angeles Kings.

Jarome holds the Flames franchise record for goals (525) and points (1,095), and set up Sidney Crosby’s overtime game-winning goal against Team USA to lift Canada to gold at the 2010 Winter Olympic in Vancouver.

Jade, his 17-year-old daughter, is embarking on her international career, too.

She was named to Canada’s entry at the 2022 Women’s World Under-18 Championship, currently taking place in Madison, Wisconsin. Jade was set to make her international debut for Canada, but suffered an upper-body injury during a pre-tournament game against the United States on June 2.