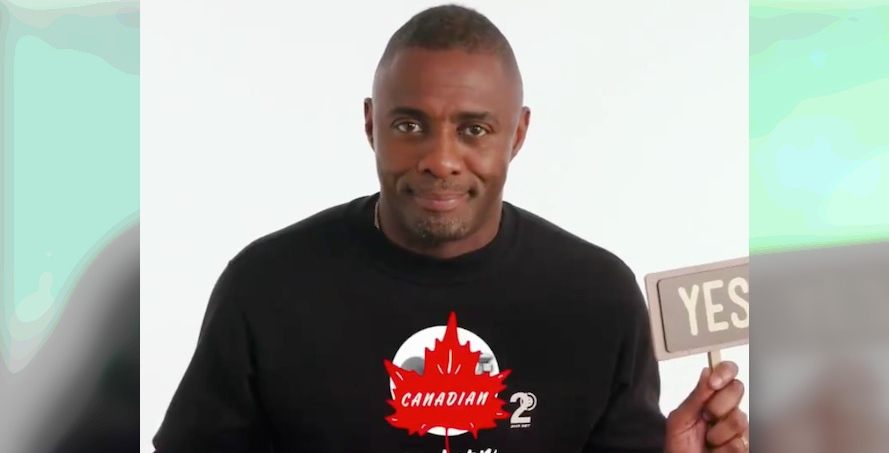 Did you know that garbage bags, egg cartons and the foghorn were invented in Canada? No? Neither did Idris Elba.

In a segment called “Bagged Milk: Made in Canada,” Netlfix Canada put the English actor to the test, asking him yes or no questions about items and people that came from The Great White North.

The charming one-minute clip was filmed to promote the 46-year-old’s new Netflix show, Turn Up Charlie, a British comedy series created by Elba, who also stars as the show’s main character, Charlie, a disc jockey who reluctantly becomes the nanny to his famous friend’s daughter.

In the clip, the actor flip-flops between answers over a few tricky questions including if pocket calculators were invented in Canada, Steve Carrell’s heritage and where Michael Jordan was born.

If you think you can score better than Elda, give the video embed below a go.

And now for your enjoyment: Idris Elba plays a game of Made In Canada pic.twitter.com/A6fQlqjVlh

Turn Up Charlie is currently streaming on Netflix Canada.