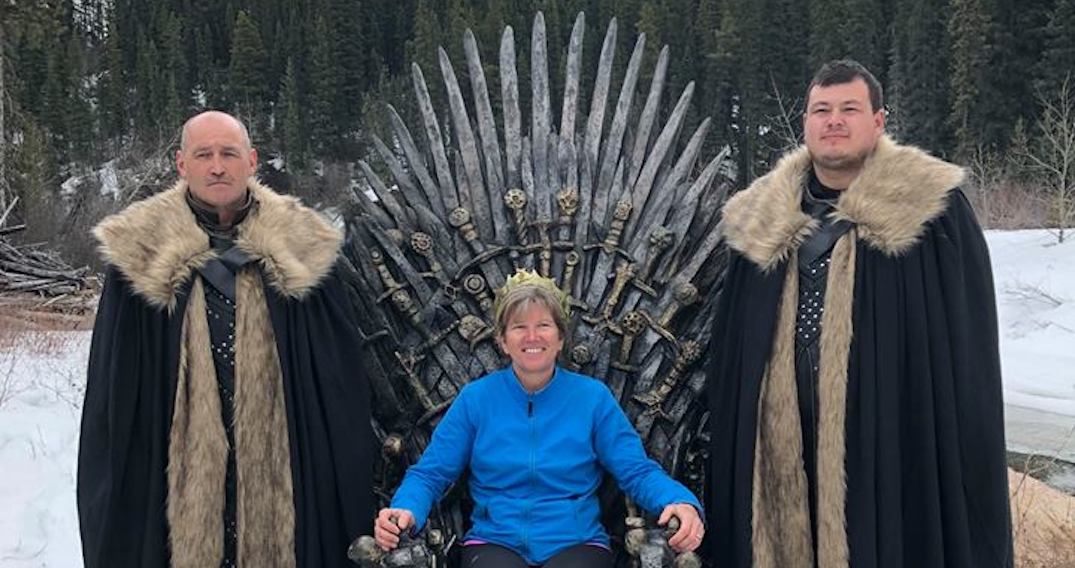 It turns out that the Iron Throne belongs to the north, after all.

Well, one of them at least, seeing as a BC couple managed to track down one of the six thrones that HBO placed around the world in a promotion for the iconic show’s eighth and final season.

The promotion, titled #ForTheThrone, placed six of Aegon Targaryan’s (replica) Iron Thrones in the far corners of the known world and invited Game of Thrones fans to hunt them down.

With nothing more than a 360° video of each of the locations as clues, the seats of the rightful queens and kings of Westeros have been found everywhere from Björklinden, Sweden to Beberibe, Brazil. 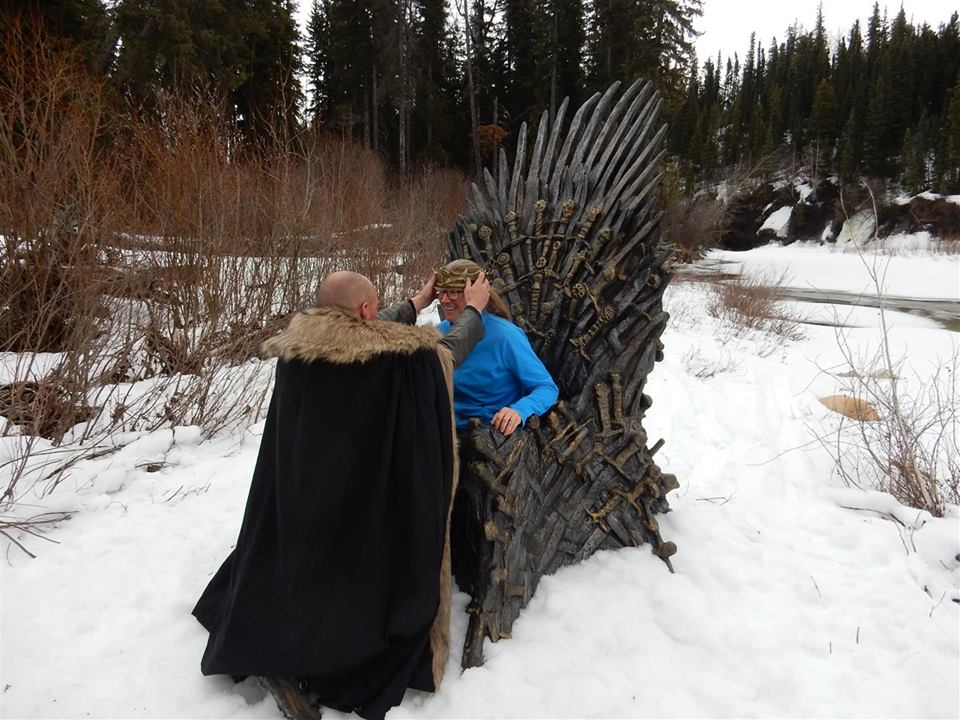 “It is a big and beautiful world,” Oberyn Martell, a Game of Thrones character who (spoiler alert) met a mountainous end, is quoted as saying on the promotion’s website.

“Most of us live and die in the same corner where we were born and never get to see any of it. I don’t want to be most of us.”

Birgit Sharman, Vice President of Tumbler Ridge UNESCO Global Geopark, and her husband, Kevin, managed to track a Canadian throne down on Tuesday, finding it beside Babcock Creek in Tumbler Ridge, BC — a Rocky Mountain town in northeastern BC with a population of just under 2,000. 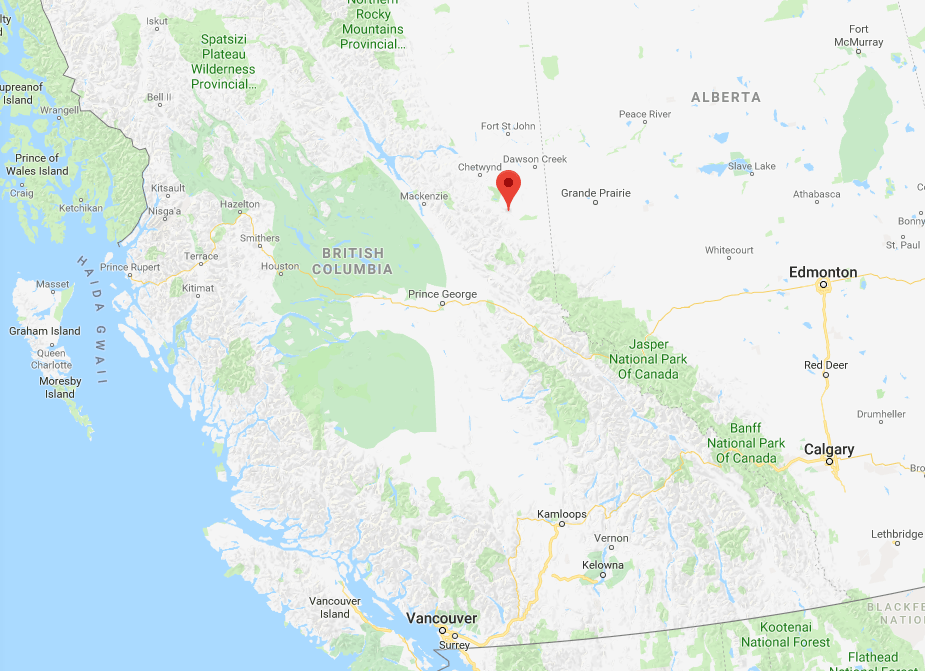 “I still can’t believe this has happened! Right here in Tumbler Ridge!” Sharman wrote on her Facebook page a day after her royal discovery.

She even noted the direction for anyone hoping to get a photo with the throne before it is taken away. 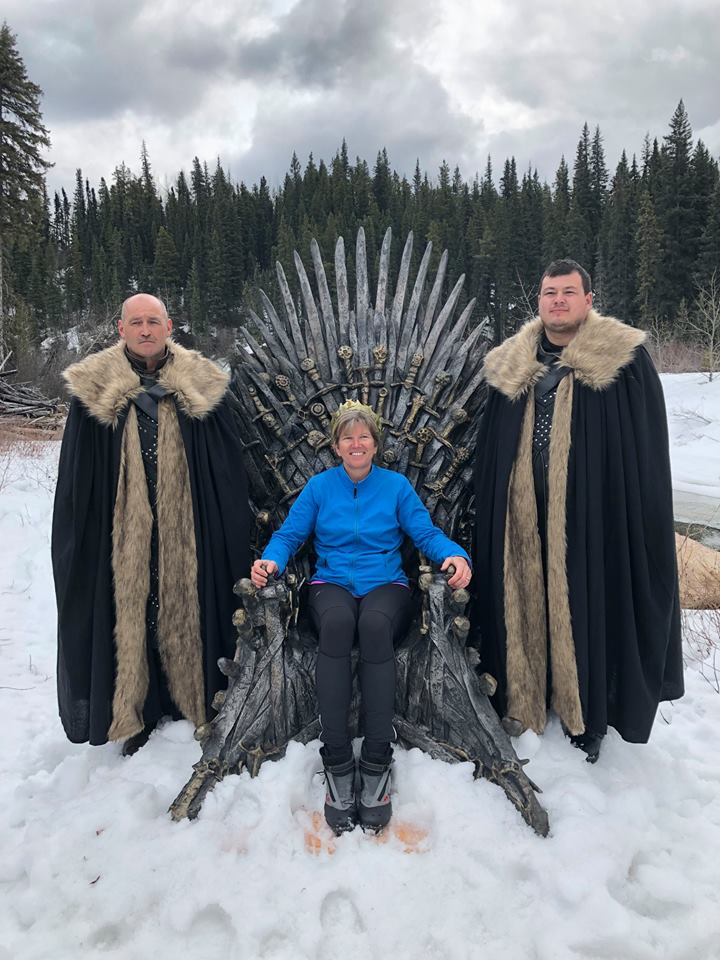 “To see the throne and have your picture taken in it, drive south of Tumbler Ridge on Hwy 52 for 20 km, which is 1 km past the turnoff to the Peace River Coal Mine on the Core Lodge Rd. There’s a pullout on the right side. The throne is there, beside Babcock Creek.”

Two fur-cloaked men (Stark men, by the look of it) had been awaiting her arrival, placing a crown on her head that she was allowed to keep following her coronation. 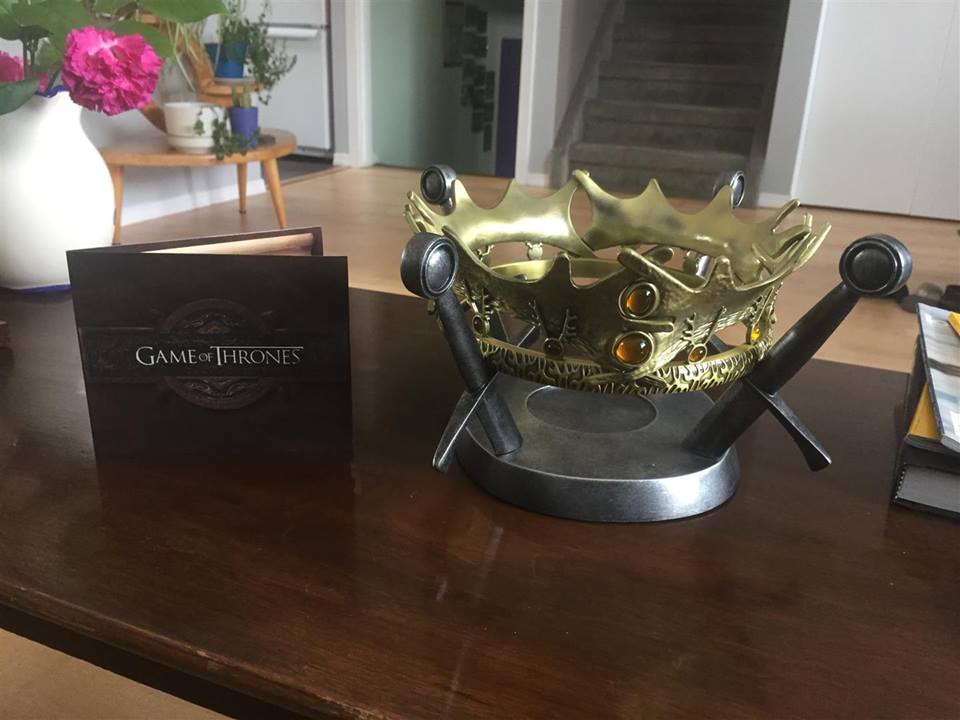 The fight for the Iron Throne still rages on — both in the show and the current promotion — as one throne has yet to be found.

The #ForTheThrone website had a timer counting down with just over six days left to go, and the last throne’s clue has yet to be released.

The first episode of the final Game of Thrones season will air on April 14, and while it may be spring here in Canada, winter has come for those left alive in Westeros.