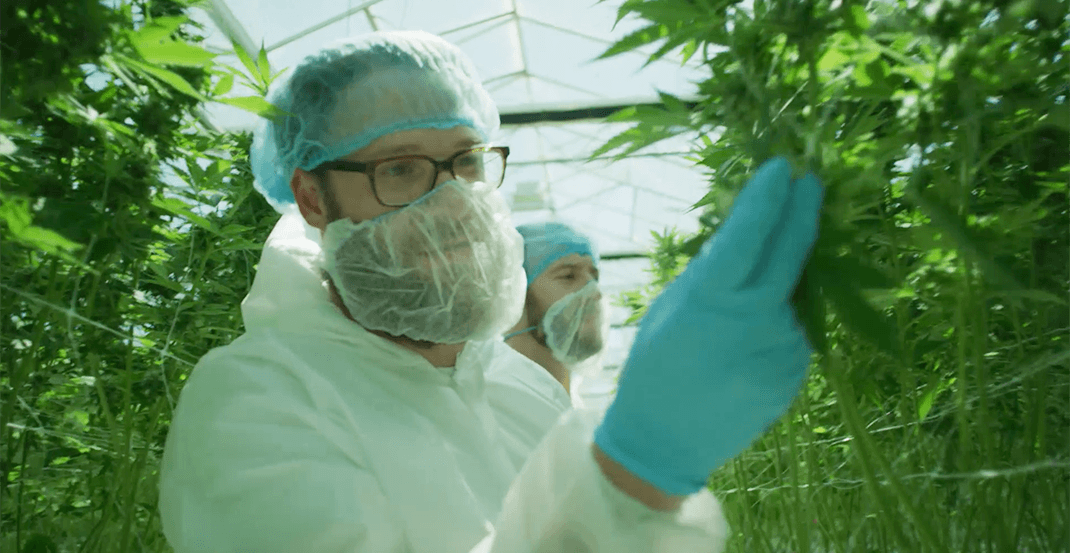 In a project said to be “years in the making” Evan Goldberg and Seth Rogen have teamed up with Canopy Growth to launch their very own cannabis company.

Titled Houseplant, Rogen revealed the company in a short video of a closing matchbook, emblazoned with the new venture’s logo.

“Been working on something I’m very excited about for years and years,” the BC-native wrote in the caption. “Follow @houseplant if you’d like to find out more! I’m sorry I’m being mysterious but that’s how it is.”

The company was officially announced this morning in a press release, complete with b-roll footage of Rogen and Goldberg touring a grow facility.

Houseplant’s website is a collection of deliberately low-fi graphics and videos that include humorous PSAs narrated by Rogen, on everything from strain types to consumption methods.

“Houseplant is a passion we’ve brought to life through drive and dedication,” said Rogen, in the release. “Every decision we’ve made for the business reflects the years of education, first-hand experience and respect we have for cannabis.”

The first strain to be offered in Canada will be the Houseplant Sativa, says the company, and will be available for purchase as early as April 2019 in BC.

Hybrid and indica strains will follow, as well as soft gel capsules and pre-rolled joints. No specific timeline is given, only that they will come out during this year, according to the release.

“We are so proud to be launching in Canada, our home,” said Evan Goldberg, in a statement. “After spending five years diligently preparing for the launch of this company, we’re excited to be able to share our passion for cannabis with Canadians in this way.”