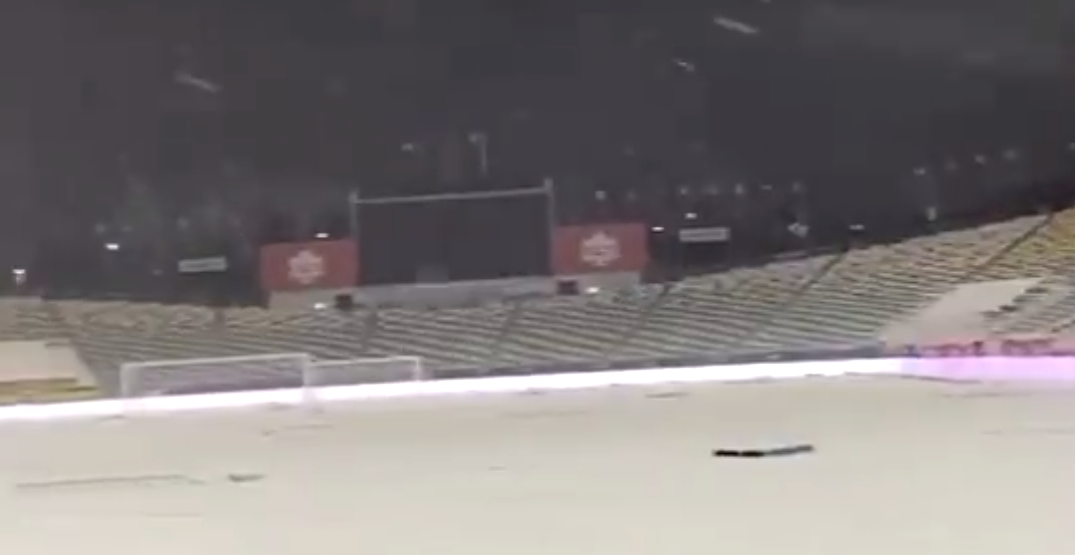 Ahead of the men’s national team’s 2022 World Cup qualifying match against Mexico later today, weather conditions in Canada have been a hot topic.

Canada has never beaten the Mexicans in a competitive match, though they did draw against the team 1-1 at the famed Stadio Azteca last month in qualifying.

You can probably see where this one is going.

With temperatures expected to be below freezing and with snow making its way to Edmonton throughout Tuesday, the official Canada Soccer account put out a new nickname for Edmonton’s Commonwealth Stadium.

(let's get that trending, eh?)

Edmonton! We're counting on you to make this our Frozen Fortress tonight. You know what to do!#CANMNT #WCQ #ForCanada pic.twitter.com/TELcxdQHEY

At press time, #Iceteca was the No. 1 trending topic in Canada.

They have the Azteca, we have the Iceteca. Defend the North, Canada. 🇨🇦⚽️

Canada's gotta win, or at least not lose to Mexico in the #IceTeca before this nickname really sticks, but I am all for it. https://t.co/hzD4JMmynP

Right, for the rest of the day I'm all in on the #Iceteca hashtag.

Temperature is set for around -7° Celsius at kickoff, though it could feel as cold as -15°.

Mexican Media member Heliodoro Hinojosa Rodríguez said that the Mexican team would be playing “in a freezer”.

Canada is looking to build off a 1-0 win in Edmonton against Costa Rica on Friday, while Mexico is coming off a 2-0 loss to the USA.