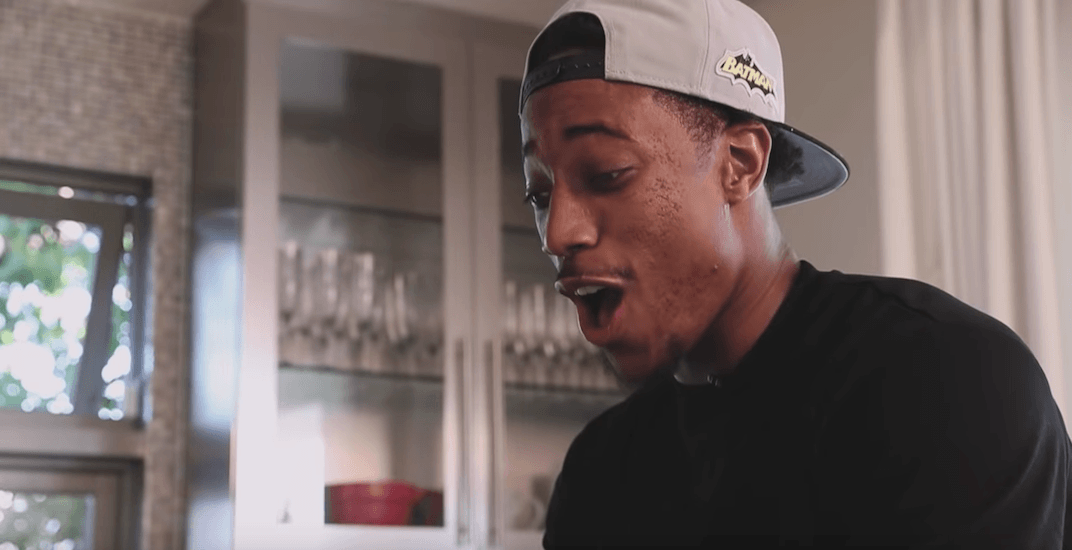 “How hungry are you?”

That’s what Raptors power forward Serge Ibaka is asking people this offseason in a new video series on his personal YouTube page. In episodes 1-3, Ibaka invited guests to try a number of delicacies from his native Congo, including cow tongue, fish eyes, and chicken feet.

In episode 4, he invited ex-Raptors teammate DeMar DeRozan over.

On the menu: worms.

The 10-minute-long video is well produced, and includes a conversation between the two NBA stars about DeRozan’s departure from Toronto.

They even did some trash-talking, with DeRozan saying he wants to drop 50 points on the Raptors next season, before the pair agreed to a bet. If DeRozan gets his shot blocked by Ibaka next year, he’ll have to pay money to charity. Conversely, if Ibaka falls for one of DeRozan’s fakes, he’ll have to pay up.

But before then DeRozan, who says he’ll try anything, would have to eat the meal prepared by chef Serge.

Ibaka revealed the dish to DeRozan in dramatic fashion, causing the four-time NBA All-Star to scurry to the corner.

“What is that,” DeRozan asked, fully knowing the answer to his own question.

“Congo’s fried chicken,” Ibaka replied, with a twinkle in his eye.

After exclaiming that he felt like he was on Fear Factor, DeRozan kept his word and tried the culinary masterpiece.

“I’ve been through a lot of things in my life but I ain’t never eat no god damn bugs,” DeRozan exclaimed.

Well, now he has.