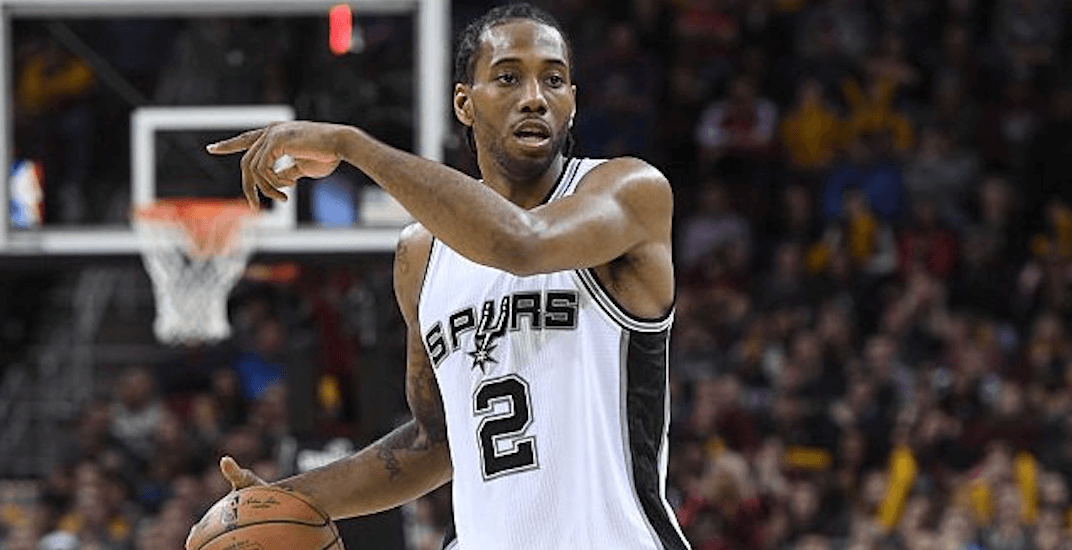 Since the shocking trade that sent Kawhi Leonard to Toronto last July, there have been many questions surrounding the new Raptors superstar ahead of training camp.

It’s been hard to gauge how Leonard feels about playing north of the border. Aside from a statement thanking the Spurs’ organization and fans, he hasn’t made any public comments about the Raptors since the trade was announced two months ago.

As a result, fans and pundits alike have been left to speculate on what this season brings for Kawhi as the new face of the Raptors. Particularly, how will the team convince the 27-year-old to re-sign long-term rather than leaving for Los Angeles at season’s end?

Not only does Green bring his skills as a top three-and-D wing player who can help the Raptors at both ends of the court, his personal relationship with Leonard will play a key role in convincing the reserved superstar to stay in Toronto.

Green has spoken publicly about the trade multiple times, mentioning how he is excited about playing with Kawhi – his teammate since 2011 – in Toronto.

“When the team wins, everybody wins, and I think that’s my biggest part in this play, is to get Kawhi on board, and to get the rest of those young guys on board and let ‘em know how to become a championship team,” Green said on the first episode of his new podcast. “I’ve been to the Finals a couple times – so has Kawhi – it’s our job to help those guys get to that stage and, hopefully, make something special.”

“He asked me some questions about how I feel about [the trade] and I was like, ‘It’s great, man. I love the situation,’” Green added in last week’s episode. “[He] said his body looks good, said his body feels good. I’m looking forward to see how he comes out this year – everybody is, I’m sure – but I think he’s antsy. He said he’s been working out for two years.”

During that same episode Green also expressed that the Raptors should have a good shot at getting Leonard to stay in Toronto past this season because of what the city has to offer.

“I can just tell you that the city of Toronto is gonna be hard to turn down after being there,” Green said. “I’ve been going every summer for the past 10-plus years. It’s a great city and the fans are amazing. … I’m getting a great amount of feedback, a great amount of love and all types of different stuff from the fans. So it’s gonna be tough for him to turn down. Right now I think he’s excited just to play.”

Historically, the biggest problem the Raptors have had in building a championship contending roster is convincing star players not only to come to Toronto, but also to stay long term.

After seeing players like Damon Stoudamire, Marcus Camby, Tracy McGrady, Vince Carter, and Chris Bosh leave over the past 20 years, the Raptors took a huge gamble in trading away DeMar DeRozan, a star player who wanted to spend his entire career in Toronto.

But in adding Green, Raptors president Masai Ujiri brought in one of the few players in the league that is familiar with both Kawhi and Toronto.

Green, along with players such as Kyle Lowry and Serge Ibaka, who have re-signed in Toronto after being previously traded, will help Leonard embrace the city and the fans both on and off the court. In doing so, they can help Ujiri try to make the biggest move in franchise history, signing Leonard to a contract extension.

Raptors fans will get a first look at Leonard and Green this week, as the team holds an introductory press conference on Friday.