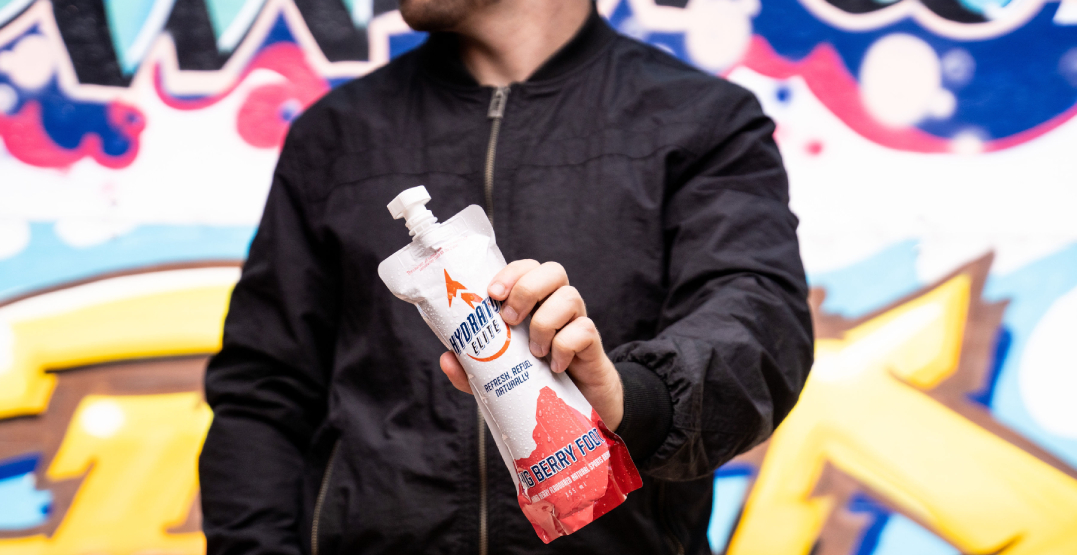 The first thing most of us notice after a workout or a hectic day is that we’re dehydrated. Muscles may start to cramp, a feeling of nausea can set in, and the urge to take a 20-minute nap is real.

If we’re working to smash our health and fitness goals, why aren’t we feeling better afterwards? Vancouverites Dr. Alex Chan and Thomas Neilson have developed a sports drink to help solve the problem and assist with dehydration in general.

Chan is a biology graduate and licensed naturopathic doctor who grew up in a health-conscious naturopathic family. Neilson studied his MBA at UBC’s Sauder School of Business, and he fell in love with the idea of starting his own company.

Today, the couple is disrupting the drinks industry with Hydrator — a natural sports drink born out of a homemade recipe — with three times more electrolytes, trace minerals, no artificial ingredients, and 30% less sugar than other brands.

Until now, Chan says, the term “healthy sports drink” has been an oxymoron. 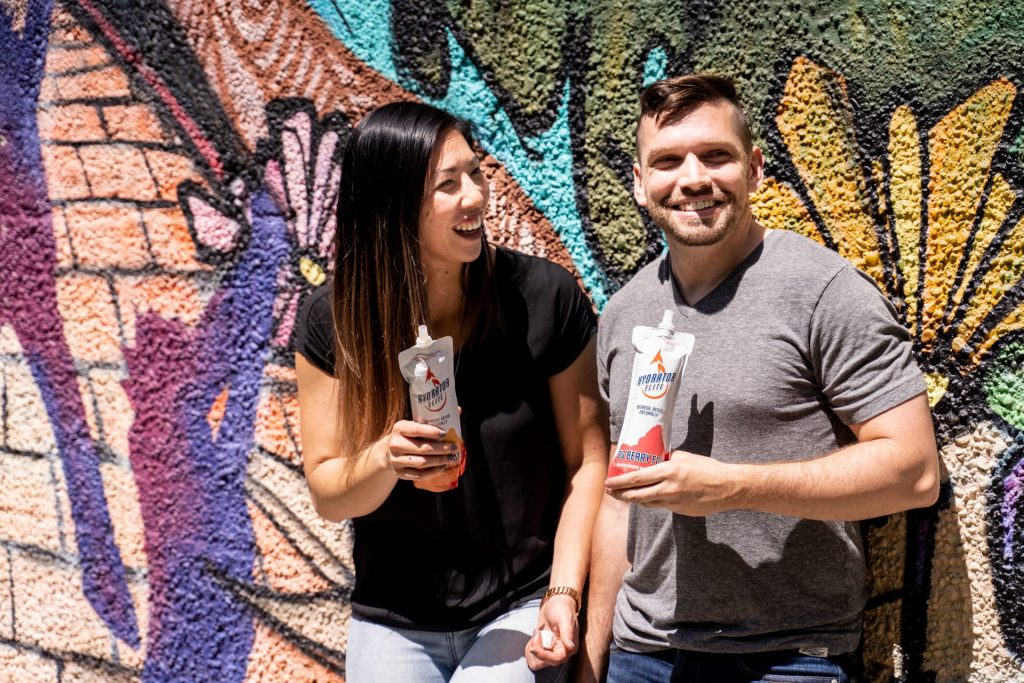 “Approximately 75% of North Americans are chronically dehydrated, and I had made a recipe based on researching and knowing about different electrolytes and what helps people hydrate,” Chan told Daily Hive.

One summer’s day, Neilson arrived home after a Crossfit class with a pounding headache, feeling dehydrated, tired, and crampy. “I drank a litre of water and a litre of coconut water. Nothing seemed to be doing it for me. It was just going right through my system,” he says.

He asked Chan if she had anything he could take. “I ran into the kitchen and grabbed a lemon, Himalayan sea salts, and crushed up some supplements we had, which is a recipe I give my patients,” says Chan. Less than 10 minutes later, Neilson reported feeling much better. “Cramps were gone, headaches were gone, I felt focused, awake, and good again,” he says.

Stunned at how effective the recipe was, Neilson began conducting research and discovered a huge hole in the marketplace for a product like this.

Soon after, the couple co-founded their company, HH Drink Inc., and began crafting their first sports drink. “From there, we looked into co-packers and food scientists to make sure we got something that would taste consistent and have shelf stability,” says Chan. 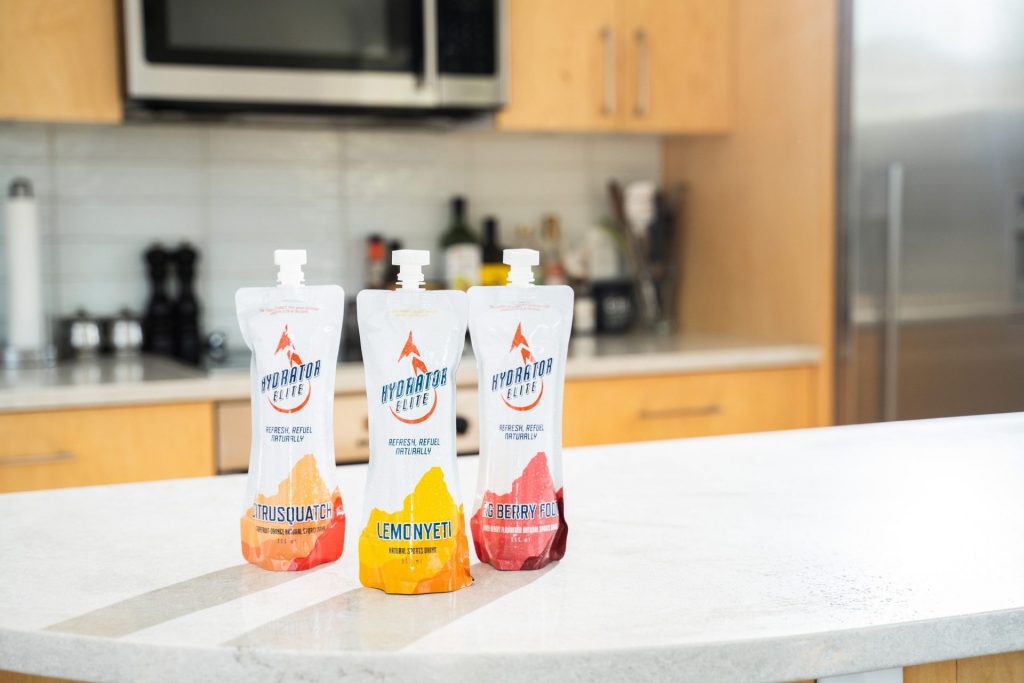 The biggest problem with competitive drinks on the market, Chan explains, is that they really only contain salt, sugar, and water. “They also have artificial colours and flavours, and the sugar is mostly from high-fructose corn syrup,” says Neilson.

Beyond having undesirable ingredients, these drinks don’t have enough of the spectrum of electrolytes that our bodies need to rehydrate quickly.

“If you drink just straight water with no electrolytes and no carbohydrates, the water doesn’t actually get into your cells as fast as it does when you put a little bit of that carb and the right electrolytes in there,” Chan explains.

To solve this, the couple added in a whole spectrum of electrolytes including potassium, and the potassium is bound to chloride — “another essential electrolyte.”

Calcium and magnesium are other big differentiators for Hydrator. “People think about calcium in relation to bone strength. But in this case, calcium helps with the heart rate variability that can happen during activity. Magnesium is also key for preventing cramps,” Chan adds.

“People will often feel nauseated during exercise and, as lactic acid builds up, muscle cramping sets in. Bicarbonate directly helps settle nausea because it corrects the acid-base levels in the stomach, and works with magnesium to help mitigate lactic acid.” 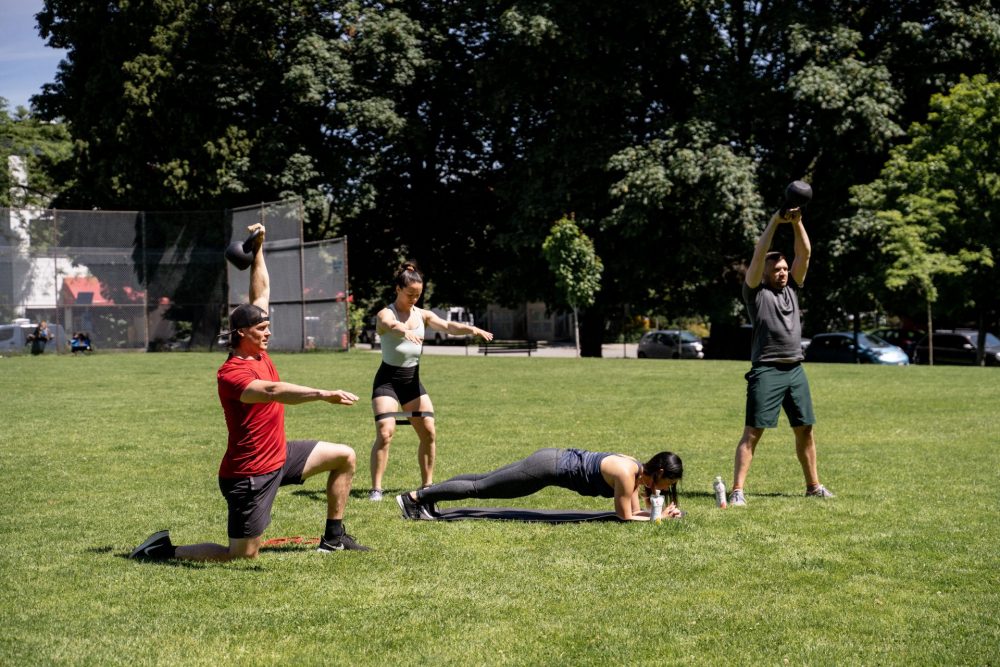 The first Hydrator product took over a year from the idea to creation, says Neilson. After the couple found a local company in Burnaby that does drink formulation with food scientists, they perfected the ingredients and narrowed down the flavour selections to what’s in the bottle today.

Today, every Hydrator drink pouch is completely recyclable and uses 86% less plastic than a similar-sized bottle. “It’s an unusual packaging in North America. We chose that because we felt it was the most environmentally-friendly and the most sustainable going forward,” says Neilson. The two say because it doesn’t let any sunlight in, it preserves the drink better without needing to add preservatives.

Like many small businesses, Hydrator has felt the effects of the pandemic hard. “We feel the closures as much as anybody,” Neilson says.

The good news for anyone interested in trying Hydrator — and simultaneously supporting a local business — is that taster packs and cases of the drink can be purchased directly from the Hydrator website.

As for what’s next, the couple is dreaming big. “We have an idea that could help so many other people,” says Chan.