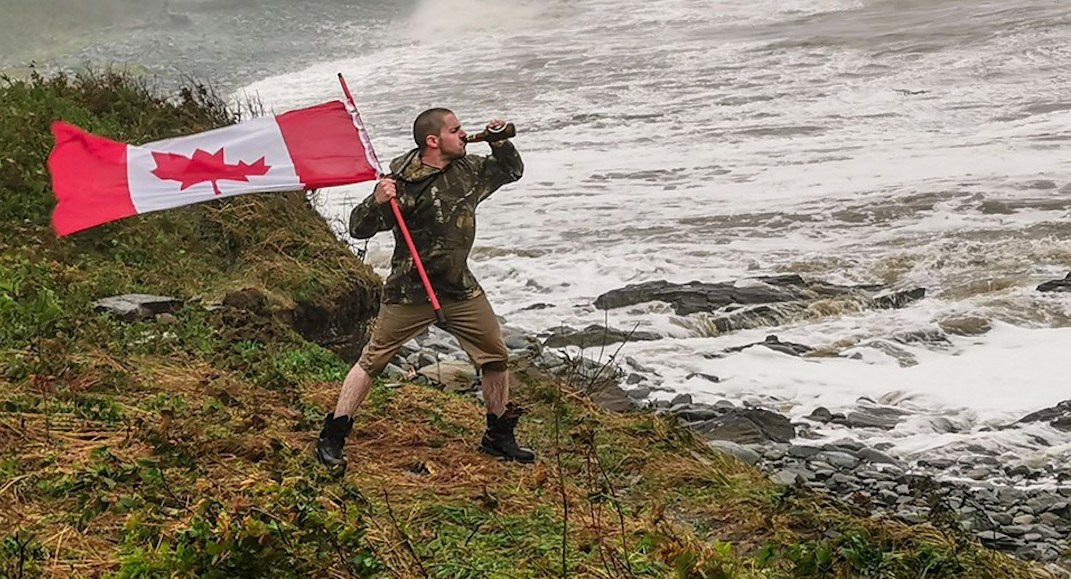 The extremely powerful storm that ravaged the East Coast was met by Halifax native Logan White, his firm stance, a Canadian flag, and Alexander Keith’s beer.

“My girlfriend took the photo with my phone,” White tells Daily Hive. “I asked her to come with me to the shore. It took us a few tries to get it right because the rain was coming down so hard. Our hands and the phones were soaked so they weren’t registering our touch input.”

The photo, which was shared across Facebook and Reddit, shows White overlooking the Atlantic Ocean at Cow Bay, Nova Scotia, with violent waves crashing into the shore. At time of writing it has over 800 shares on Facebook.

White’s patriotic photo took a stab at the powerful hurricane as the caption reads, “Dorian?
Never heard of her.”

“I had no idea it would go so viral,” concluded White to Daily Hive “I just thought it would be a cool photo.” 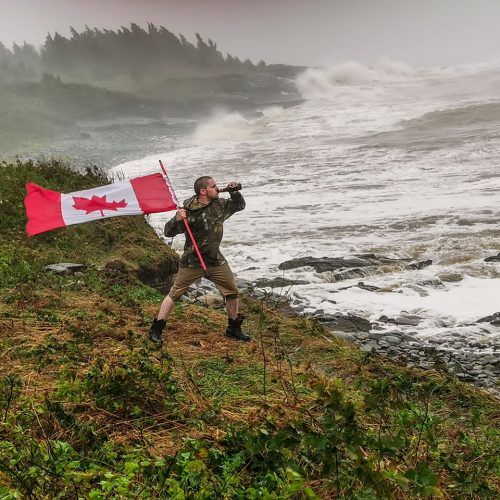 A cool photo indeed. Here’s hoping it becomes a national stamp one day.