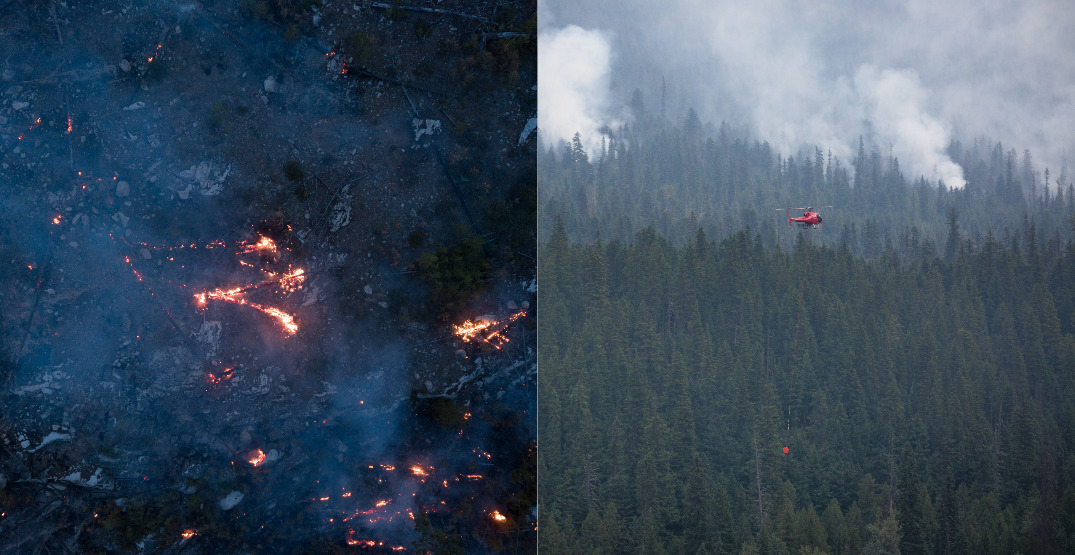 Many parts of British Columbia have experienced significant drought this summer, which has fuelled the wildfire crisis that is devastating the Interior.

A second heat wave has only exacerbated efforts to quell the hundreds of fires that are displacing communities and affecting air quality in much of the province.

UBC scientists are now warning that if drastic action is not taken, it will cost billions of dollars, and worse, potentially cause hundreds to thousands of deaths.

UBC Okanagan’s Dr. Mathieu Bourbonnais, along with a team of scientists, has put together a white paper that presents a strategy for Western Canada to mitigate wildfire risk and prevent what they call “crisis seasons,” like the one BC is currently experiencing.

“We’re talking about hundreds to thousands of premature deaths due to smoke impacts on human health, tens to hundreds of millions of tonnes of greenhouse gas emissions further complicating efforts to mitigate climate change – not to mention the billions of dollars in increased suppression and indirect fire costs negatively impacting the social, cultural and political fabric of society,” reads a news release from UBC.

“Climate change and fire science experts insist there is a very limited window — the next decade — in which society can positively alter the crisis,” says the release.

Scientists are also saying that the current approach the province has taken to deal with the wildfire situation is not sustainable.

“We haven’t even fully considered the loss of the entire town of Lytton this summer, and it is difficult to quantify the adverse social, cultural, physical, and mental health impacts due to the loss of life, and evacuations resulting from fire and widespread smoke,” reads the release.

For years, the debate was whether or not climate change was to blame for the increase in wildfires, or if it was just part of an ongoing cycle. The debate seems to be over.

“Society has never been more vulnerable. More people are living in fire-prone areas, and a changing climate is lengthening the fire season and creating more extreme weather conditions.”

The big question is how governments can step in.

“The challenge lies in creating a realistic plan we can readily implement while acknowledging existing interests and resources,” says the report.

“To solve this crisis, we need a new kind of strategic plan — one that spans multiple decades and is national and international in scope yet meaningfully involves local and provincial/state governments. It is critical that these efforts receive nonpartisan political support, are founded on principles of ecosystem function and resilience, and are inclusive and adaptable.”