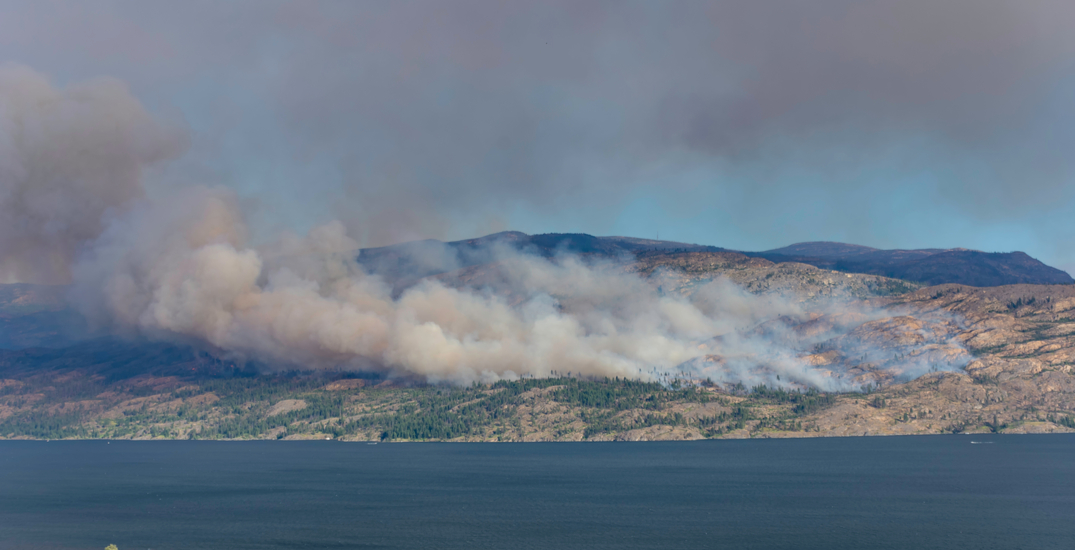 Wildfire smoke emitting from a forest fire near Peachland, BC (Stan Jones/Shutterstock)

British Columbia’s southern Interior currently has the worst air quality across all of Canada.

As of Thursday morning, all 10 spots of IQ Air’s Most Polluted Canadian City Ranking were occupied by cities in BC’s interior.

At the time of writing, the worst areas were Castlegar, Vernon, the Regional District of Central Kootenay, Kelowna, and Salmon Arm. 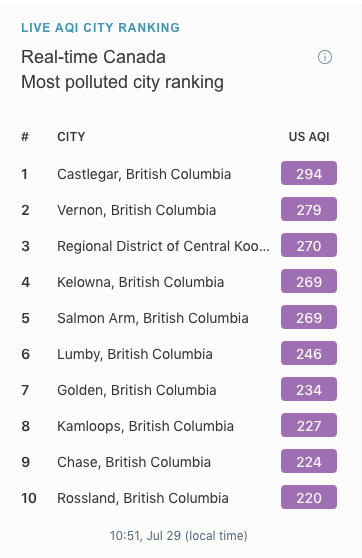 The rankings come as wildfires continue to rage across the province. According to the provincial government’s most recent update, there are currently 248 wildfires burning in BC. Of these, 84 are in the Kamloops region and 68 are in the Southeast.