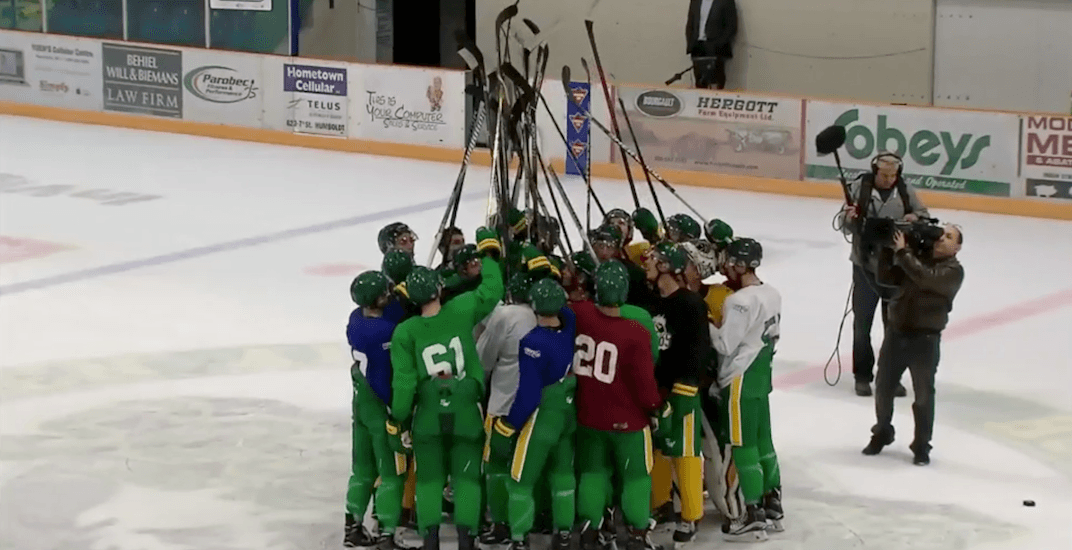 There won’t be a dry eye in the house.

Playing their first game since the tragic bus crash that killed 16 people last April, the Humboldt Broncos’ season-opener will be unlike anything the Saskatchewan Junior Hockey League has ever seen.

A large contingent of national media is sure to attend – Bob McKenzie’s even going – as Canada watches the next step in the healing process for this small Saskatchewan town.

Humboldt’s opponent that night will be the Nipawin Hawks, the same team the Broncos were on their way to play last spring.

Just two players – Derek Patter and Brayden Camrud – are back on the team from the previous season.

A ceremony to honour the victims of the crash will take place after the game. Players will wear green and yellow ribbon sticker on their helmets.