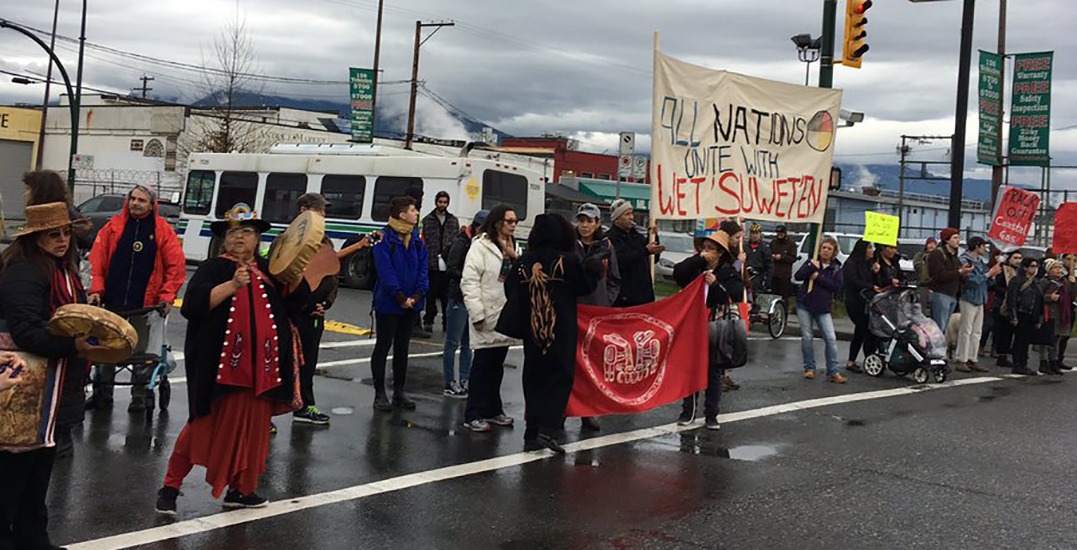 Thousands of pages of heavily-redacted documents suggest Canada’s spy agency gathered information on the protest activities of Indigenous peoples and environmentalists, according to the BC Civil Liberties Association (BCCLA).

On Monday, the BCCLA published the entire cache of documents –which were disclosed by the Canadian Security Intelligence Service (CSIS) – making them publicly searchable on a website called the “Protest Papers.”

These documents “suggest the spy agency illegally spied on the peaceful protest and organizing activities of Indigenous groups and environmentalists who were opposed to the Enbridge Northern Gateway Pipeline project,” said the BCCLA.

The release of the documents comes as the result of a process which began in 2014, when the BCCLA filed a complaint alleging that CSIS was illegally monitoring Dogwood Initiative, ForestEthics (now Stand.earth), Sierra Club BC, Leadnow.ca (who were opposed to the Northern Gateway Pipeline proposal), and the Indigenous #Idlenomore movement and sharing this information with the National Energy Board (NEB) and petroleum industry companies.

The BCCLA further alleged that this spying activity “was deterring individuals from associating with environmental groups and expressing their opinions, through actions such as protesting, or signing petitions.”

In a release, the BCCLA said the Security Intelligence Review Committee (SIRC) – the body responsible for CSIS oversight – “held secret hearings” in 2015 to further try and determine what happened.

During the hearings, “SIRC made an unprecedented gag order preventing witnesses in the hearing, including volunteers and staff of several of the organizations involved, from speaking to anyone about their testimony, forever, at the risk of being held in contempt of court.”

The gag order still remains in place and is being challenged by the BCCLA in Federal Court. The association also argues that CSIS legislation strictly restricts Canada’s spies to sharing information only with the Government of Canada or law enforcement.

Ultimately, “SIRC acknowledged that CSIS was investigating ‘targets’ who were opposed to pipelines and also that ‘ancillary information’ on other non-targets may have been gathered “incidentally,” said the BCCLA. “SIRC accepted that some groups were ‘chilled by the belief that they were spied upon, but concluded that their feelings were not justified.”

By releasing the documents today, the association said its original complaint is validated.

“People can look at these documents and decide for themselves,” said BCCLA Meghan McDermott. “If CSIS claims it wasn’t tracking conservation groups in BC, why did they collect thousands of pages of files relating to groups who engaged in peaceful advocacy and protest?”

Calling it a “shocking violation” of freedom of expression, McDermott further questioned why witnesses in the hearing – including staff and volunteers from different groups – are “still under a legal gag order, forever forbidden from repeating what they said in the hearing?”

In a statement, Stand.earth’s Sven Biggs called the case “another example of how the power of big oil subverts Canadian democracy.”

Canada’s elected leaders, he said, “need to restore confidence that public institutions, especially law enforcement, are working on the public’s behalf instead of doing the bidding of fossil fuel corporations.”

The Northern Gateway pipeline project was approved by the federal government in June 2014, after first being announced in 2006.

After being elected in 2015, Prime Minister Justin Trudeau imposed a ban on oil tanker traffic on the north coast of British Columbia. And in November 2016, Trudeau officially rejected plans for the pipeline.