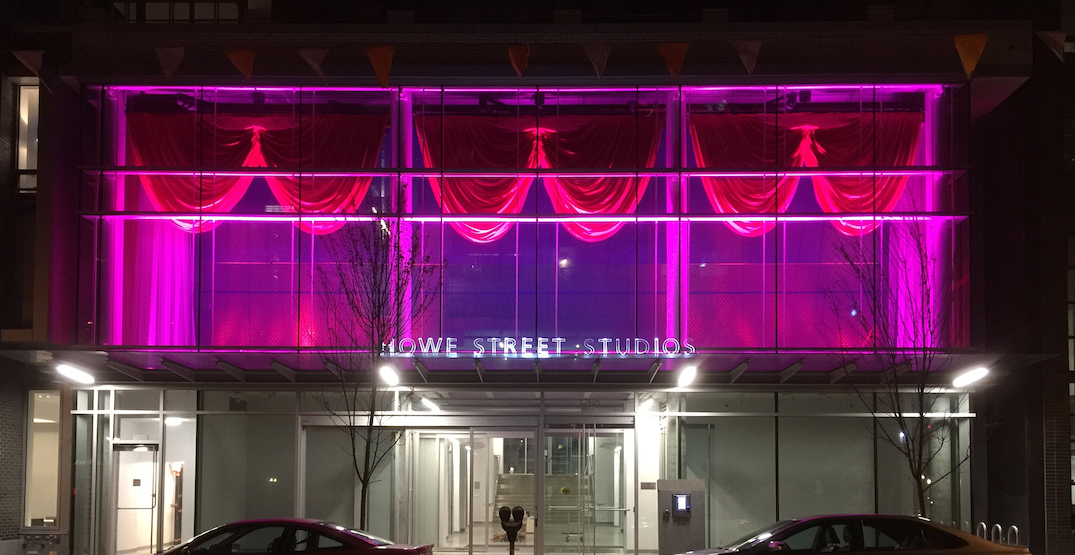 An 11,800-sq-ft artist production facility has opened within the base of the recently completed Tate Downtown condominium tower in downtown Vancouver.

Howe Sound Studios at 1265 Howe Street, complete with affordable studio workspaces for over 20 artists, is operated by non-profit cultural organization 221A. The facility is owned by the City of Vancouver.

The hub is largely dedicated towards visual arts production, with facilities such as two kiln-compatible studios and two sound-isolated studios designated for audio practices.

“221A’s vision for the facility is to support the re-emergence of viable working spaces for artists within Vancouver’s downtown core, with a focus on artists who have traditionally been disadvantaged from access to public resources,” said Brian McBay, director of 221A, in a statement. 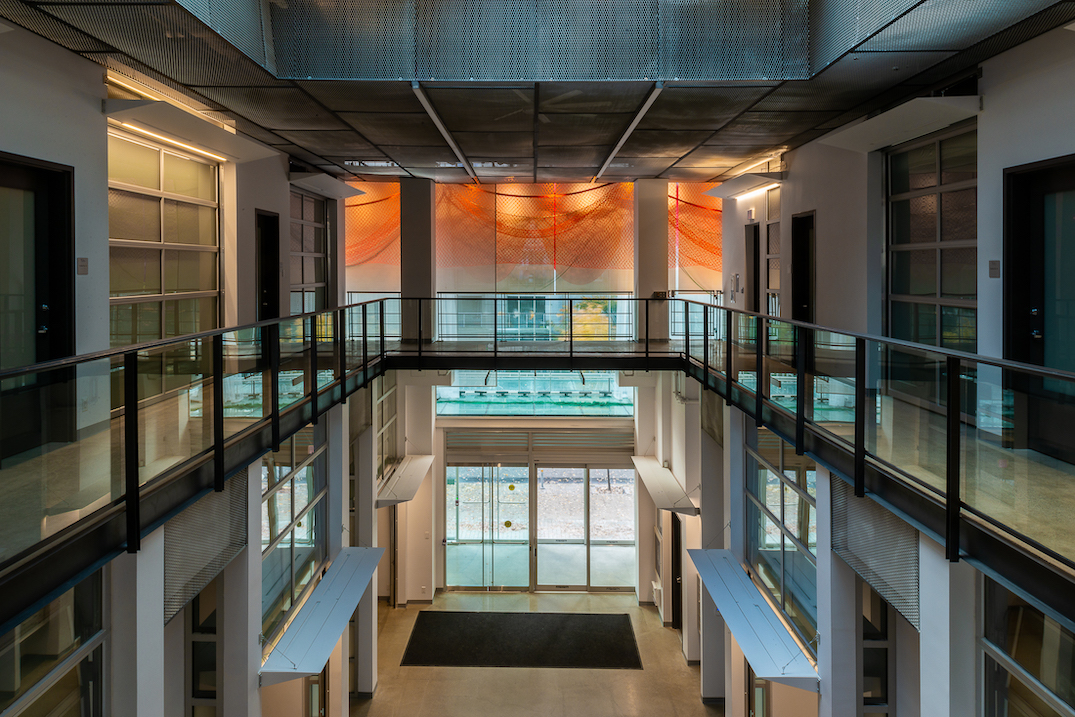 Artists in the space have a three-year rental agreement term, with options to renew through a peer-assessment process.

“Earlier in the season, 221A convened [at] a Peer Assessment Committee to assess applicants on the basis of economic need, material suitability, as well as quality and contribution of the tenants’ artistic work in the field and the city,” continued McBay.

Tate Downtown was developed by the Bonds Group of Companies (BGC) and designed by Merrick Architecture, which also designed the interior space of Howe Sound Studios.

But the exterior facade of the studio is Set Pieces — a public art piece by local artist Germaine Koh, a series of “theatrical curtains and scrims made of materials typical to the neighbourhood.” The layers of curtains are mechanically raised and lowered in a changing interactive display, and the innermost two layers — a projection screen and green screen — can be used by artist tenants for creating or showcasing work. 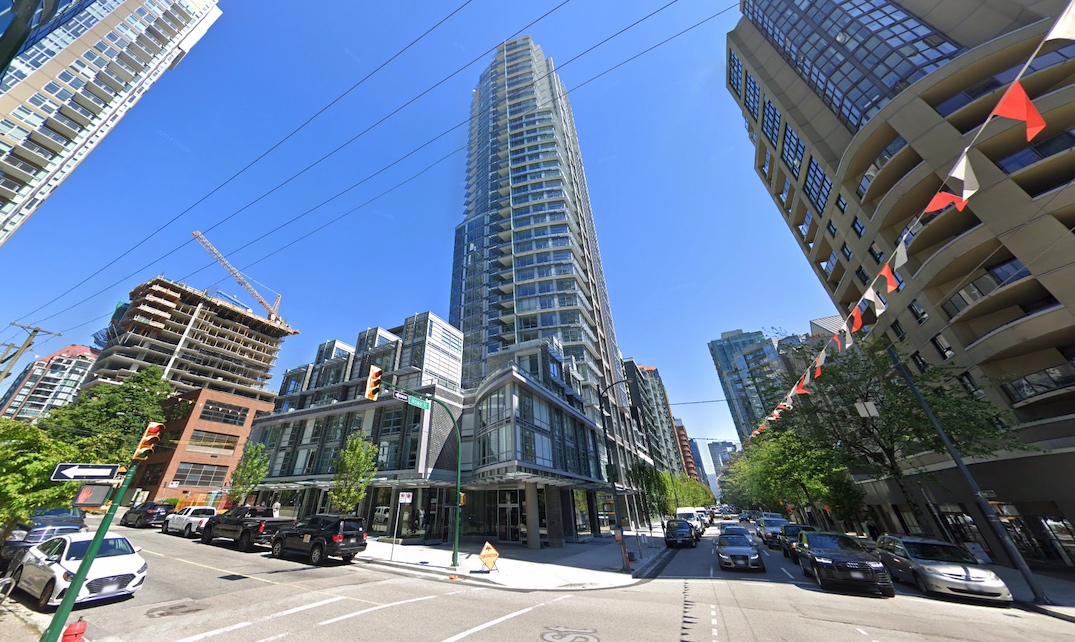 In exchange for the project’s rezoning, the developer was required to provide the city with a $9.7-million community amenity contribution (CAC), with the hub counted as an in-kind value CAC. The 41-storey tower also includes over 300 homes and ground-level commercial spaces.

“Howe Street Developments is proud to provide the City of Vancouver with this much needed artist studio space as part of our Tate Downtown project,” said Tracy McRae, vice president of development for BGC. “We look forward to watching the local art community flourish in this rare and innovative studio production facility for years to come.” 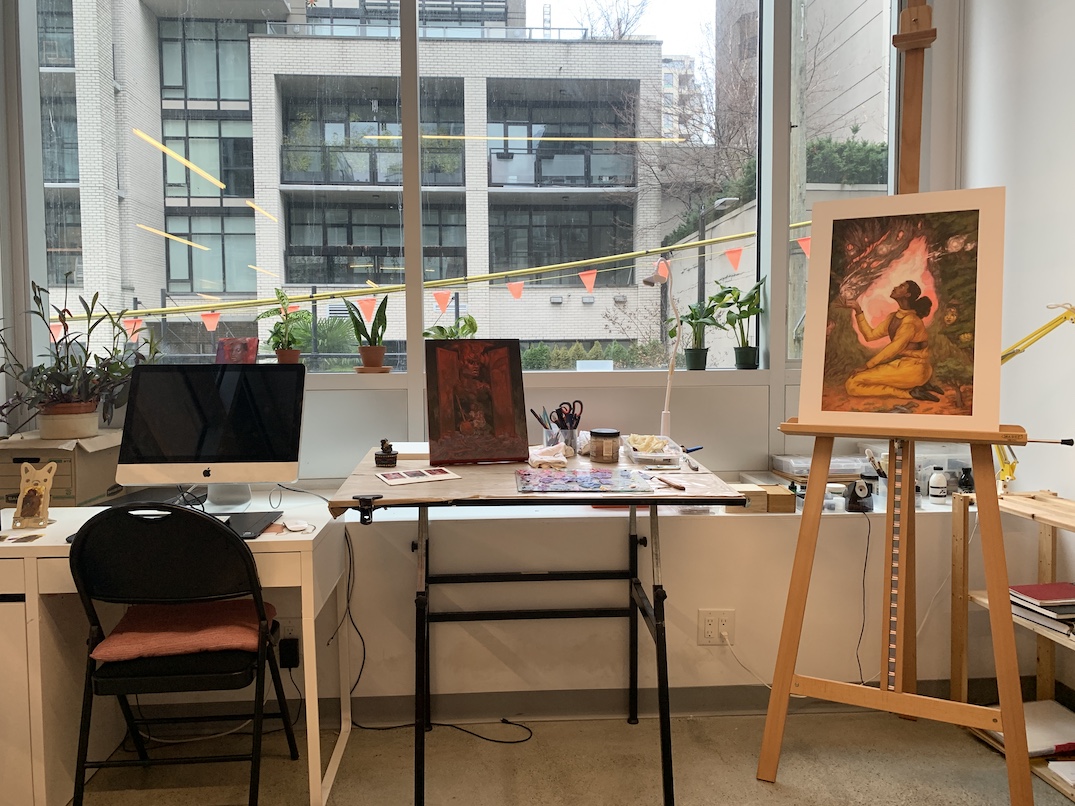 Inside an artist space at Howe Street Studios. (Odera Igbokwe)

The municipal government says the new hub aligns with its recently approved 10-year arts and culture strategy of renewing and expanding 800,000 sq. ft. of cultural infrastructure space, including affordable artist work spaces and artist housing. There is currently a shortage of affordable production spaces for artists; over the last 10 years, it is estimated Vancouver lost about 400,000 sq. ft. of artist studio space, mostly due to residential development or commercial conversions.

Nearby at 825 Pacific Street, a seven-storey, 21,000-sq-ft affordable artist production hub is set to begin construction soon. This project is being funded by CACs generated by the under-construction Pacific tower by international developer Grosvenor Americas.