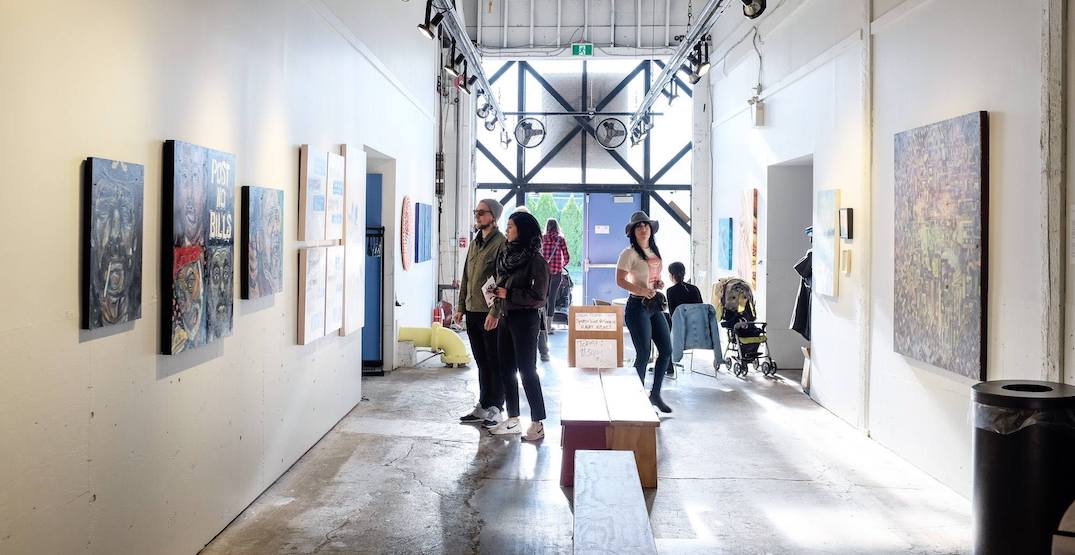 A new report by the Eastside Culture Crawl Society (ECCS) warns Vancouver’s thriving arts scene could be hollowed out if the municipal government does not do more to protect affordable studio spaces for artists.

Over the past decade, approximately 400,000 sq. ft. of studio space has disappeared in the area generally framed by East 1st Avenue and Great Northern Way to the south, Victoria Drive to the east, Quebec Street to the west, and the port to the north. The losses in this historically low-rent area have been from a spike in residential/commercial conversions and redevelopments.

Based on ECCS’ surveys that gathered information on over 300 artist spaces and more than 2,000 artists, 77% of artists are looking to relocate, with 38% citing rent increases and 35% due to redevelopment, change in property ownership, or demolition.

In the past eight years, the median rental rate of studio space has risen by 65%.

“While the pressures on the viability of art production spaces have been slowly developing over time, they have now reached destructive levels. Although art is created in some home studios, most artists need to work in industrial and commercial areas,” reads the report.

“Over the last few decades, the amount of space available for artist studios in these areas has been greatly reduced as significant areas in Vancouver have been rezoned and converted to other uses. The shrinking supply of industrial land has led to significant displacement of artists and cultural producers. That is the first impact—the reduction of available areas suitable for artists.” 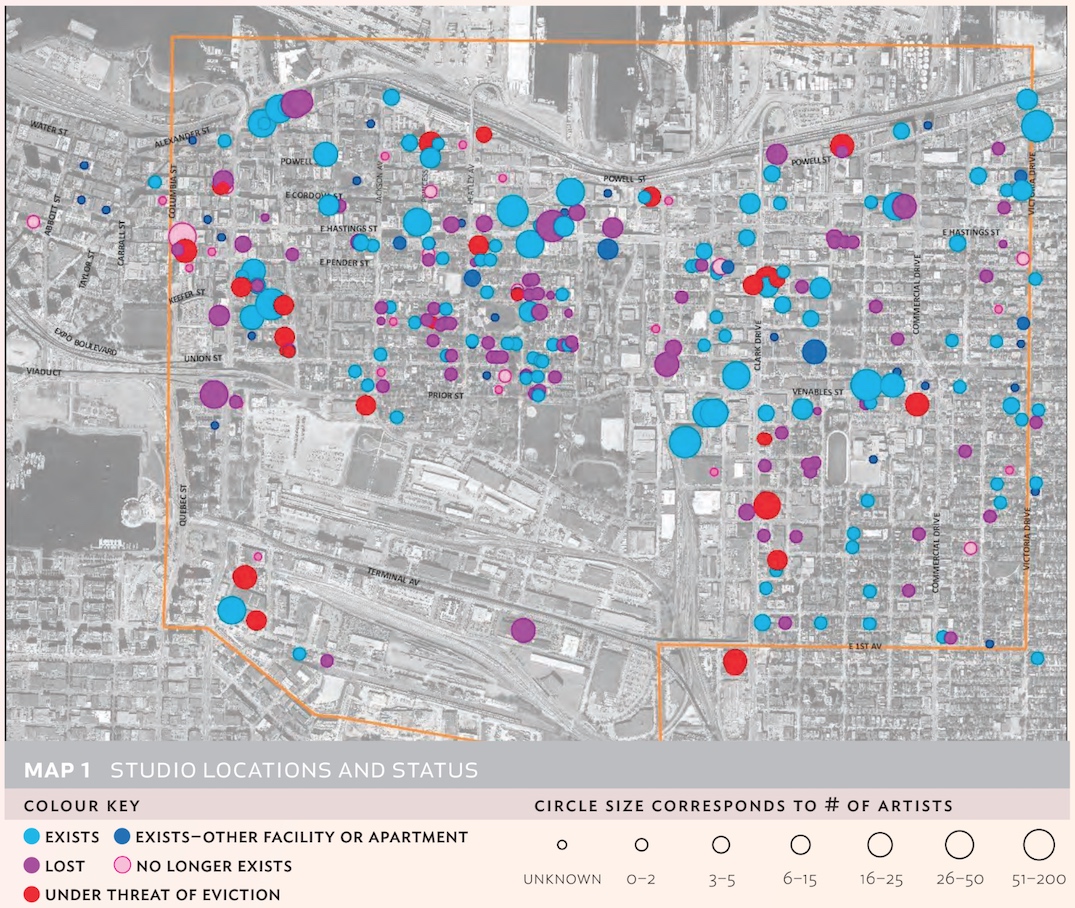 Furthermore, various interventionist policies on the housing market by the municipal and provincial governments tackling foreign investment and speculation on residential properties have had an unintended negative effect on artist spaces. In recent years, investors have been shifting their focus towards industrial and commercial property, with both real estate sectors experiencing immense competition due to low supply and high demand.

In many cases, artists are on month-to-month arrangements subject to triple-net contracts for their studio space, with artists instead of landlords absorbing the corresponding increases in municipal property taxes from escalating assessed property values.

Small businesses, both retail and restaurants, are also facing similar challenges as artists when the property assessment is based on the full redevelopment potential of the property based on zoning, community plans, and the precedent set by nearby redevelopments. There have been repeat calls for a split property assessment to reduce the burden on these small businesses, so that they only pay taxes for the space they actually use.

“Without access to sufficient studio space, artists will be increasingly forced to abandon their practice or relocate to other cities and regions where they can find suitable art production space,” continues the report.

“This would result in a loss of creative talent and loss of a strong community that has developed over the past few decades in the Eastside Arts District.”

The shortage of affordable studio space, coupled with the challenges of finding affordable housing, are particularly impactful on artists in the city. ECCS claims Vancouver has the highest concentration of artists per capita amongst Canada’s largest cities, but most artists live below the poverty line, with 63% earning an income of less than $40,000 per year and a median income of $22,000 per year.

The not-for-profit society asserts the City of Vancouver needs to take a more proactive approach targeting artist needs to prevent further displacement, such as the official designation of an arts district with a high density cluster of artist studios and production spaces, and implement zoning regulations, development incentives, land use restrictions, and enact supportive funding streams.