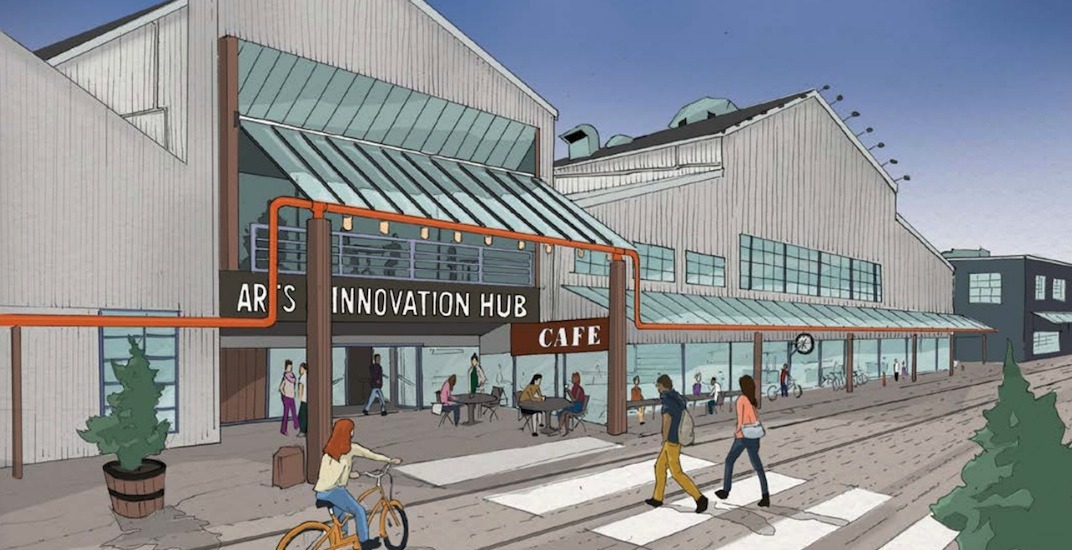 Federal crown corporation Canada Mortgage Housing Corporation (CMHC), which owns and operate the island, says it intends to transform the 124,000-sq-ft, two-storey space into “an animated creative, collaborative and interactive space, where the public will be inspired by, learn from, and engage with the arts community.”

It will have a focus on innovators and entrepreneurs, First Nations arts, non-profits, art retail, galleries, multi-functional spaces for events, and market commercial spaces for restaurants, retail, and office. Such a hub would “foster growth in the local creative sector.”

But CMHC says no detailed design and usage concepts have been established, and instead it is opening up the design process for public discussion in a Call for Ideas process.

CMHC suggests the conversion of the building could even incorporate a significant expansion, as current planning guidelines for the site allow for a building of up to four storeys in height.

“This is the most significant redevelopment project on Granville Island in decades and an extraordinary opportunity for new organizations to establish a presence on the island,” says Lisa Ono, Manager, Public Affairs & Programming for CMHC-Granville Island, in a statement.

“By participating in the Call for Ideas, individuals and organizations will be able to help shape this new space on Granville Island.”

Following the completion of the Call for Ideas process this year, CMHC could seek interested organizations to lead the implementation and operation of the project in 2019. Construction would potentially start in 2020 for a reopening of the building with its new spaces in 2022.