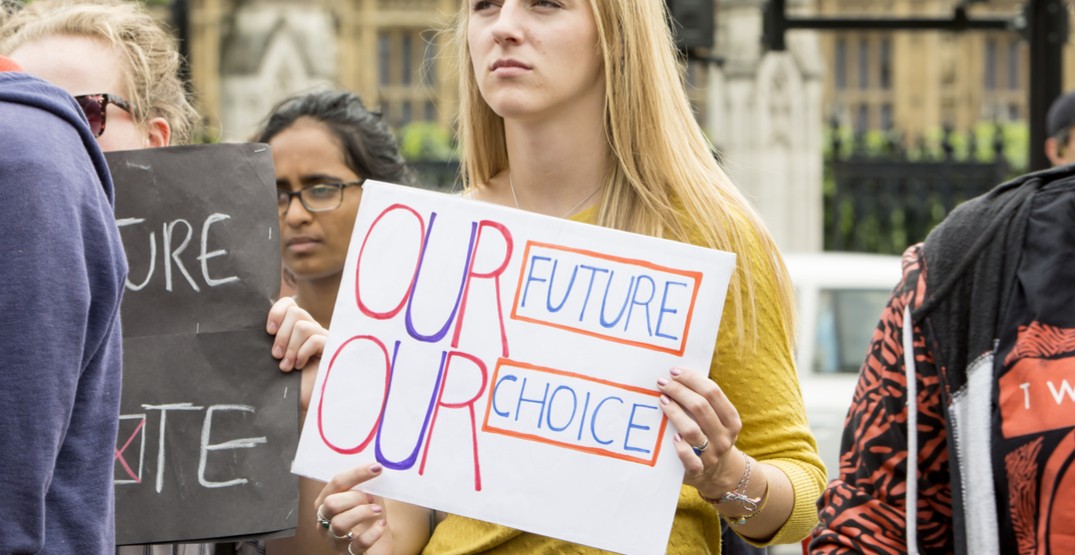 Municipal elections come along every four years and it seems like only our parents and grandparents tend to be interested.

In the 2014 Vancouver municipal election, 2/3 of people under the age of 34 decided not to vote, leaving baby boomers the opportunity to dictate our future.

And when you look at who is mayor and sits on councils for a number of municipalities in BC, it becomes apparent that cities are often run by older folks.

While doing research on Burnaby (where I am a resident) and I learned that most of my city councillors and the mayor are old enough to be my grandparents.

The majority of them have served on council for over 15 years and this has definitely not opened many doors for a younger outlook on the city.

I don’t doubt that these councillors have a breadth of knowledge about my city and I commend them on their service to their community. But it still comes as a surprise that a community on the verge of bustling developments and exciting opportunities lacks younger representation in City Hall.

Younger political voices can shift perspective at any level of government, and bring about major political change.

This is exactly why getting out to vote is so important. It doesn’t mean you have to cast your ballot for a younger candidate because they are in the same age bracket as you. But it doesn’t hurt to research their platform and see if they resonate with you more than councillors who have been in city hall before you were born.

And voting for change doesn’t have to be left to millennials. We should also be actively engaging in conversations with the older folks in our lives (aka our parents) about why younger candidates deserve to be heard.

There’s a good chance that you are your parents’ closest source to issues that impact your generation. So take some time to sit down with them and have an honest chat about the things that matter to you the most.

Maybe it’s the fact that you want to want to move out of your mom’s basement suite but affordability is an issue. Or perhaps you think the demovictions in your city are resulting in homelessness and the displacement of vulnerable citizens.

Talking with your folks about the way you’d like to see your city be run may seem like a boring dinner table conversation. But if you really want to see something different happen in City Hall, and you care about the outlook of your town for the next four years, it’s definitely worth a shot.

Show them online candidate profiles, send them articles and polls, and start getting them engaged on the topics that you care about. Remember, your parents have never been afraid to give you their two cents about major decisions in your life. So it’s only fair that you have the chance to do the same.

If you’re unsure about the issues and candidates in Vancouver, Daily Hive will be bringing you the mayoral debate the millennial generation deserves on October 10 in the heart of downtown. For more information about the debate can be found here.

It’s time to break that “don’t give a crap” stereotype we millennials often get stuck with and start something new in our cities.