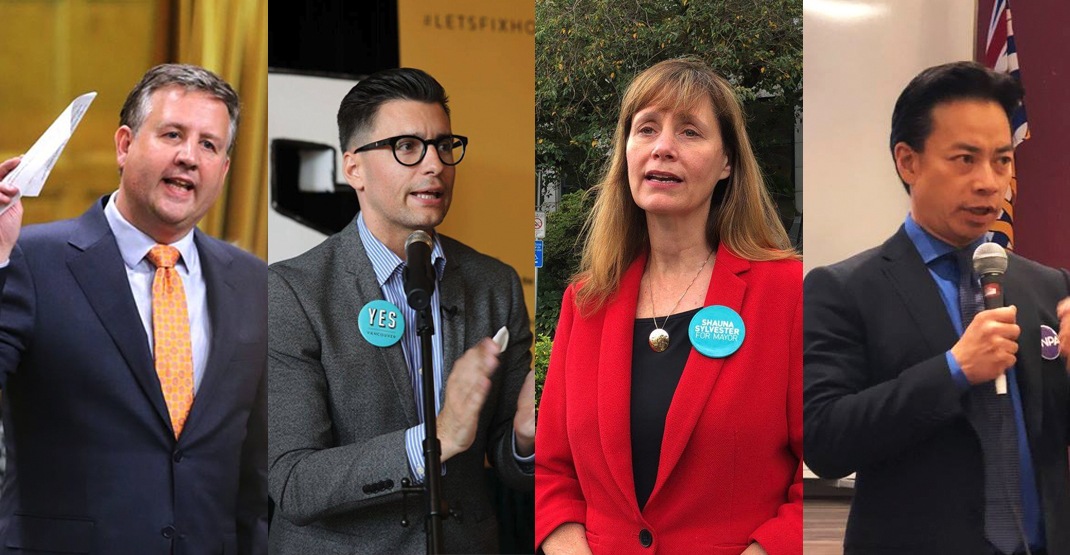 With just over two weeks until the municipal election across British Columbia, nearly half of millennials in the City of Vancouver are unsure who they’ll vote for mayor.

Vancouver is arguably more of a last-minute city, but with advance voting opening next week and the election on October 20, young voters need more information before they head to the polls.

An online poll conducted by Research Co. for Daily Hive between October 2 and 3 shows that 47% of voters in the City aged 18 to 34 don’t know who they’ll vote for, and, thankfully, only 11% say they won’t vote at all.

However, if the election were held today, independent mayoral candidate Kennedy Stewart appears to be the favourite among those decided with 13% saying they would vote for him.

Stewart is also the only candidate enjoying equal support from both male and female voters.

In second behind Stewart is YES Vancouver’s candidate, Hector Bremner, with a total of 8% support. Of those who would cast a vote for him, 11% are female and 5% are male.

Behind Bremner is another independent candidate, Shauna Sylvester, with 7% support. Of which 10% are female and 4% are male.

NPA’s Ken Sim sits in fourth with 6% support, majority of which are men. And ProVancouver’s David Chen is just behind him with 5% support.

To help voters get more information to make a decision on Election Day, Daily Hive is hosting a live Vancouver Mayoral Debate on Wednesday, October 10 at 7 pm.

Read more about the debate, including how to ask your questions and how to tune in.

A total of 345 adults between the ages of 18 and 34 were polled, and the data was statistically weighted according to Canadian census figures for age, gender, and region in the City of Vancouver.