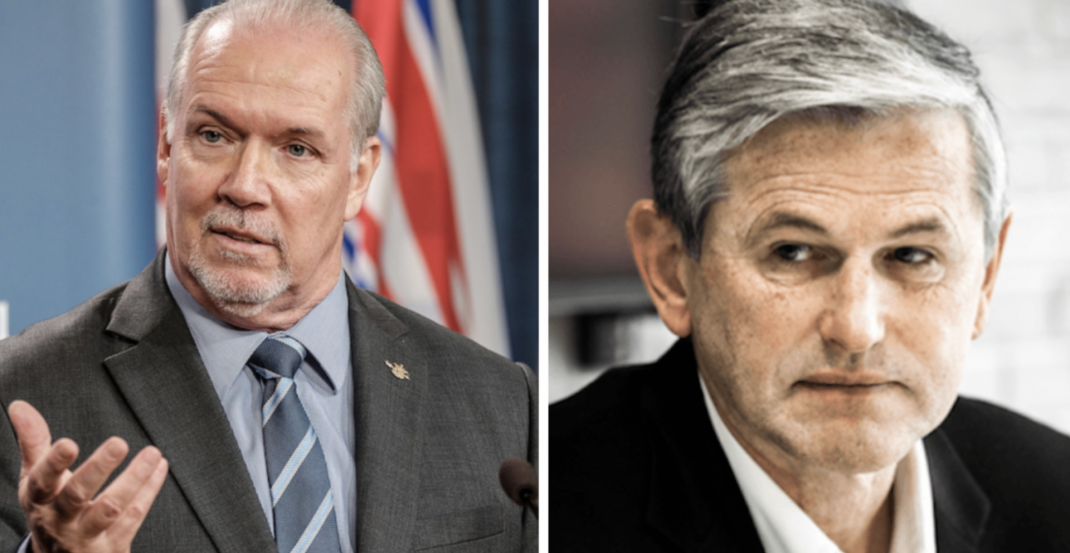 The records of past and present British Columbia governments and their roles in the ongoing COVID-19 pandemic were the targets Thursday of a spirited election campaign radio debate.

The CKNW debate also heard the two leaders clash verbally, with Horgan referring to Wilkinson as “buddy,” “dude” and “my friend,” and the Liberal leader describing his New Democrat counterpart as not truthful and a double-crosser for breaking his agreement with the Green party by calling a snap election for October 24.

Green Leader Sonia Furstenau criticized Liberal and NDP support for the oil and gas industry, then joined the fray when she challenged Horgan’s statement that one of the reasons he called the election a year before the fixed date was because the Greens were not supportive of several government initiatives.

“You’re making the case that that was sufficient to call an unnecessary election during a global pandemic,” she said. “People need to understand that total obedience is not something that is good for governance. It is not something good for the people of BC.”

Furstenau has said that in the days prior to the election call, she met with Horgan and told him the agreement the Greens had with the NDP to form a minority government was not in danger.

Horgan has said he called the election to bring certainty to the uncertain government situation.

Wilkinson said the NDP pandemic recovery plan came too late for the province’s struggling small businesses and decimated tourism industry. “John Horgan lied to us about this money going out,” he said. “Why can’t you tell the truth about this failed economic recovery plan?”

Horgan said past Liberal government policies dating back almost 20 years hurt the province and the impacts were felt at the outset of the pandemic in March. The 2001 Liberal government’s 25% tax cut resulted in 10,000 job losses at BC long-term care homes, he said. “That had a profound impact on people for a decade and a half and when COVID hit, we were unprepared,” said Horgan. “We were inadequately prepared because you fired 10,000 women. That’s what happened, Andrew.”

Wilkinson said the NDP has been in government since 2017 and should have been prepared to meet the province’s health-care needs. “It was your job and your health minister’s job, John, so if anything went awry, it lies squarely at your feet, not what happened 20 years ago,” he said. “Take responsibility, John.”’

Horgan said the NDP was implementing health policies to improve conditions at long-term care facilities, but couldn’t fix everything left behind by the Liberals all at once. “I take responsibility every day, Andrew,” said Horgan. “You hide under your bed while your candidates do outrageous things that just disintegrate the fabric of our society. You should take some responsibility, my friend.” Shortly after the debate, Liberal Chilliwack-Kent candidate Laurie Throness resigned after making comments comparing the NDP’s plans to offer free birth control to eugenics.

Horgan and Wilkinson also took turns blaming each other for the high cost of housing and rents in BC.

Furstenau said “old thinking” by both the Liberals and NDP sees government giving tax breaks to the resource industry when funding for programs for kids, families and the elderly is needed more.

“We’re losing that capacity to really focus on people,” she said.

The debate followed Tuesday’s televised leaders debate that was more civil in tone, but saw Horgan and Wilkinson face criticism for their comments about white privilege and systemic racism.